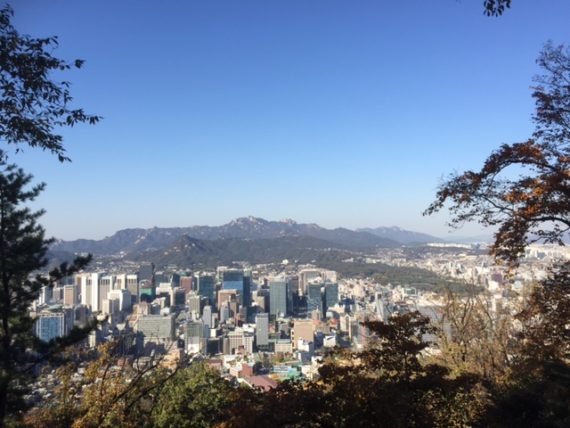 One of the missions I had set myself for this trip was to get some footage of the artist working in their studios. So I have been duly carrying my tripod and camera along to every studio visit and politely asking them if they mind being filmed working. I will hand the footage over to my usual filmmaker and hopefully some of it might make the cut for the eventual documentary that will be made about the project. 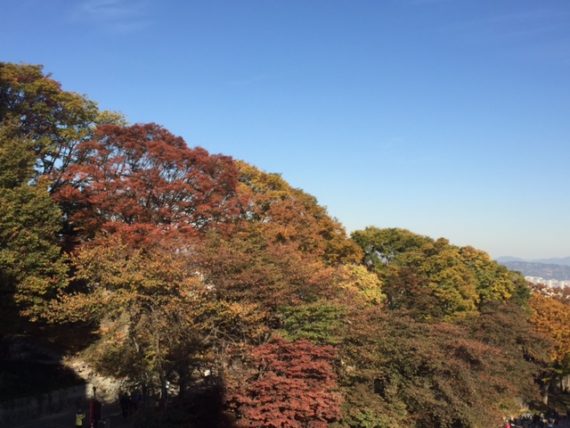 Alongside filming them, I have been attempting to record the sounds of them working in the studio. This is totally depends on how noisy their making processes are. I gradually got a system going where I set up the camera filming, then readied myself with the sound recorder (carefully managing to stay out of shot but as close as possible!) and with my mobile phone at the ready in my other hand to take photographs! A juggling game, but hopefully some of it worked!

Most of the artists took the challenge graciously and set about preparing things I could film/record. It was quite good to record and film BoKyung Kim and MinSoo Lee working on the wheel and using a clay mixer. Hye Mi Lee sat at her wheel carving the tiniest lids imaginable for her oil lamps, and KyungWon Baek ground up particles of fired black clay and sifted them into wet porcelain. Jongjin Park set about filing down his layered fired pieces, provided excellent material for sound recording. WookJae I filmed only, as his carving of a lion’s head was very quiet work indeed!

It was near the end of my trip when I suddenly thought that I needed to film the experience of me being in Korea as well! This realisation occurred around the same time that I realised I had one day less than I thought I did in Korea because my flight, although leaving on the 2nd, was actually just after midnight on the 1st which meant my time was very short indeed.

The last few days were filled with back to back appointments and I still hadn’t had even a few hours to go sightseeing. I had one possible day when I could attempt to carry out filming. 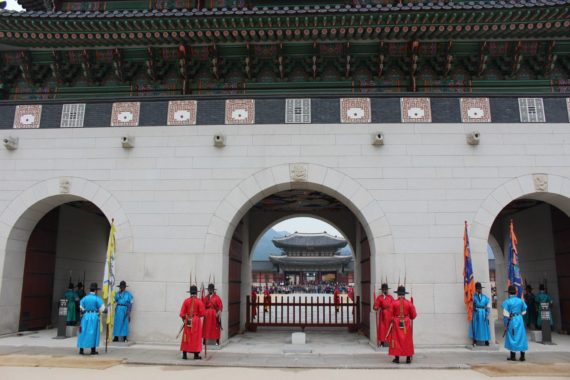 As luck would have it, the day in question, which was my second last day, was gloriously sunny, perfect for filmingI mapped out a route across Seoul, taking in as many interesting locations as I could. I started off at the Royal Palace (Gyeongbokgung) and continued along the Cheong-gy-cheon, a new waterway which replaces a busy highway where a long-buried stream used to flow. 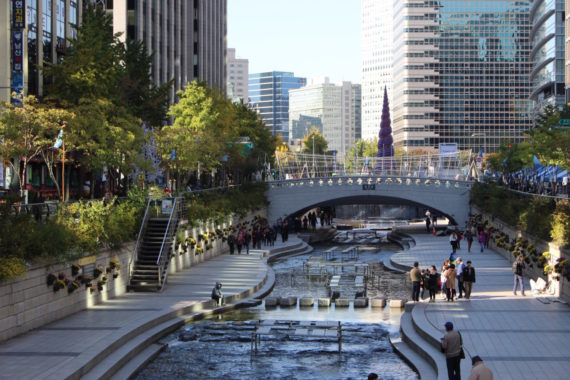 I visited the City Hall, the statue of King Sejong who is a revered Korean figure and is remembered in particular for his accomplishment of creating the Korean alphabet, which I have been assured by many foreigners, makes learning Korean a lot easier compared to other Oriental languages.

I visited Dongdaemun, the Great East Gate that used to be one of the entrances into the walled city, 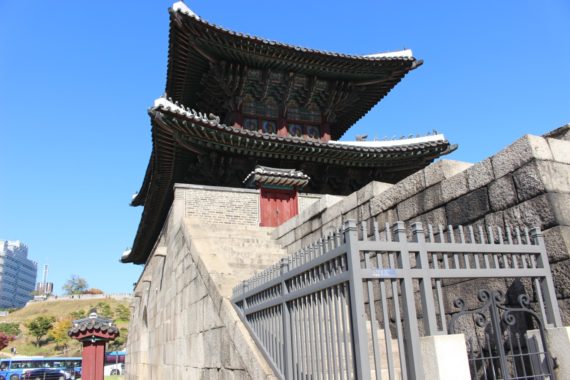 and Zaha Hadid’s huge and impressive Dongdaemun Design Plaza that dominates everything around it.

I then went to see Namsangol Hanok Village, pretty touristy but retaining many traditional Korean hanok buildings in a pretty setting underneath Namsan, the most central of the five mountains forming a ring around the city.

I caught a bus up to the top of Namsan, which was quite an experience. The 360 degree views of Seoul from a lofty vantage point were quite astonishing. (Brighton I360 eat your heart out!)

After watching a performances of traditional dances and mingling with about 5000 other visitors (really!), I caught the cable car down to Namdaemun Market, the biggest market in Seoul , where I tried a new dish for lunch that I hadn’t had before – very nice!

My camera ran out of space on the memory card and battery, so for a while I had to resort to filming on the iPhone, until I manage to get to the camera shop to buy the necessary back-up equipment to continue with the camera. After seeing Sungnyemun, the West Gate, I ended up after dark at Deoksugung, the only Royal Palace that you can visit after dark, which was lovely and peaceful with illuminated architectural gems.

Last stop was Myeong-dong commercial centre, heart of Seoul by far the busiest, most vibrant, neon-lit shopping area of any city I have ever visited. Defintely worth trying to capture on film except my new battery ran out in record time (probably wasn’t charged fully in the shop) so again I had to resort to the phone. Anyway by that time I was really ready to stop!

After a very long but productive day (at least I hope the filming is!), I went back to my guest house to pack – 24 hours to go before I have to be at the airport and still one major visit to go!