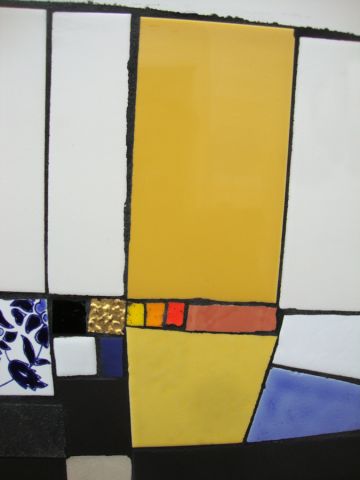 Working With Other People.

When making art seems all too hard, a waste of time, an uphill struggle or even a loosing battle. Phone a friend and say ‘I have an idea why dont we X-Y-Z’.

Some one I know did this to me. I have done it to a couple of people and things have brightened right up.

Projects both paid and unpaid have resulted, some stuff is more speculative and may sew seeds in future.

Musicians do this all the time: Have a go, push a few buttons, see what happens, take it round the block and push some more buttons and really have a look (as it says in the Honda add).

Isolation: Its a bad place and dont stay there, go there and have look see what its like. I was sitting at my computer pushing refresh on my email box all day and it really is brain damage.

Next week I will be planning work for an ‘Urban Safari’. Today I drew windmills on an abandoned car!

The Boyhood of Raleigh By Millais

What’s that got to do with the price of fish? your asking me. This painting shows the young Raleigh looking into his future. The Corsair ……..or is he a tary sailair, no matter, anyway we all know Raleigh sets off across the seas.

This is also me at secondary school in the 1970’s listening to my art teachers. In those days I used to paint still life (I wish I still did). I remember a little voice in my head saying I would mature into a Landscape Painter. But the voyages I took never landed there. In fact I never even really became a painter. Raphael, Robert Motherwell or Malcolm Morely, proper feckin painters you know …Breugel even.

So I have decided to be a ‘Landscape Blogger’ instead. It might be even better…….see what comes out?

As for this blog, I guess its dormant, waitng to be picked up in the future maybe?

The title for my new blog will be: Blogging the Blean’. 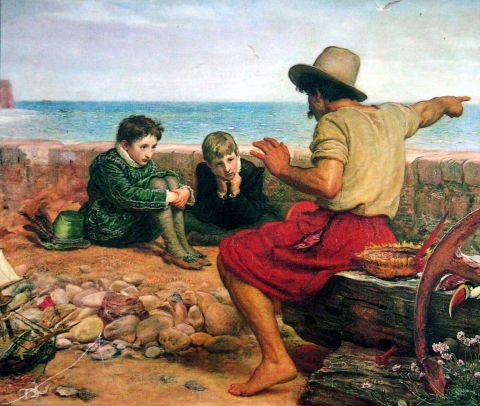 I have just spent some time really enjoying looking back through the comments on this blog and would like to thank everyone for their contributions, but at the same time appologise to people for not responding properly or picking up and developing issues raised.

I tend to remember the ones about who is bullying who, or what they sing in the bath and the hippy flowers painted in colours that wer’nt even provided for workshop use.

Blogging is best when it is a two way thing and thank you for contributing it is much apprietiated.

I recieved a form for a tendering process yesterday which was accompanied with a 42 page document of guidelines and contractural procurement procedure. This has resulted in my inability to make any sence of the world today, or string coherant thought together at all.

Procurement? we have to re-think this, exchanging information is’nt that difficult is it? The question is always the same though, how will you carry out the ideas you havn’t had yet and how much will they cost to deliver?

Slow down will you..control freak! or is it me that’s unreasonable?

Garden Party at the Garden of Dreams.

You know when your project is a success when:

A) Three unmotivated teachers working with you all resign their posts.

B) The goal posts move 5 times, but you still score.

E) Your work is not vandalised, but targeted by art theives.

F) One of your lessons causes a full scale riot

G) The Caretaker is on your side

H) A posse of students are sent out to find and bring you back when you’re wandering around the school field talking on your mobile phone, when you hadn’t realised you were supposed to be making a speech and thanking everyone for their help at the celebration garden party.

I) The kids you worked with can’t believe your not coming back.

J) Your fellow artist (Pete) working with you on the project tells the staff ‘Art is about ideas, and design is about realising them’.

K) Finaly; the deputy head invites you to play for their school staff cricket 11.

The Garden of Dreams.

The table is now rebuilt and technically it might be a bar. It has only two legs, figured it was not so knickable with only two.

BBQ arrangements all left with the school to carry out. Parents, pupils school govenors and VIP’s only.

Now this is the thing? When I look back at my education secondary, junior and primary, which must be over 40 years ago now…….. I remember some badly behaved and problematic children with some degree of learning disability. A few years ago I may well have agreed with you if you suggested their was no such thing as ADHD, just bad behaviour. Now I would strongly disagree. I believe it to be real, and have worked with a number of children on two diferent projects who have medicated and unmedicated versions of it.

It is very hard to get results with these children and I compare them with my school contemporaries I mentioned earlier from 40 years ago and there was nothing like it going on. These children can not carry out a task for longer than a few minuites before running off to disrupt others. They are unable to controll this no matter how many detensions, exclusions or even sympathy, patience and time invested in their well being and development.

So: is there chemicals in our diet, something in the water which makes this terrible thing happen? Does it wear off and do you grow out of it in early adulthood? There seems so much of it about in the younger generations, my childrens contemporaries and classmates are afflicted.

Yet non of mine are?