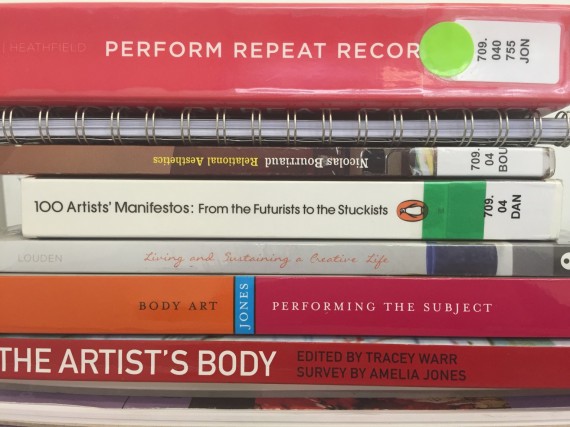 As time passes so too does it seem to speed up. With the intense experience of the passing of time and the impending assessment, self declaration and judgement, the level of introspection also seems to deepen. I am so in my own practise that I struggle to see out at times. I struggle to speak out at times. I become so in my own head, so present in my mental experience and thought that I lose touch with all around me. Friendships, family… general life I suppose. My practise becomes a safe haven where i can experience my thoughts; but the impending deadline perforates this experience with a sudden realisation that there is a world out there and that my practise is not just for me, but it is a communicative tool. A point of connection…. connection between my thoughts, connection between me and observer.

I realise that getting lost in my thoughts can become restrictive- as the thoughts become tangled knots that no longer make the same sense that they did when they first occurred in my mind. This is when physical action within my work becomes relevant- important in my practise. To do is to ground myself. To step out of my head and experience the sensory way of being. Thinking through action becomes an outward way of being; making use of introspective thoughts to connect outwardly. Why are thoughts and action separate? Can we not think through action? Isn’t this what we do as artists? Does the work become a extension of the mind and the body? A meeting point of the two? 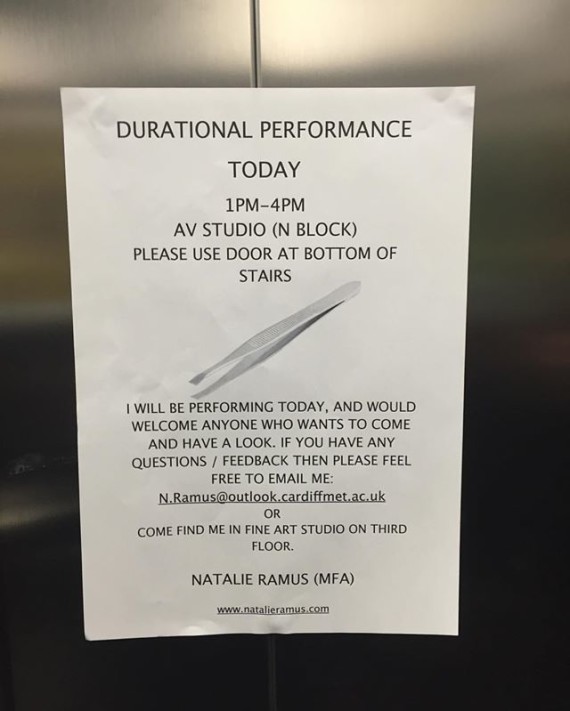 It has been a while since my last blog post. Mainly because I have been so wrapped up in my practise. There has been so much going on. Since my last blog entry. I spent some time developing staging for my body hair plucking performance. I felt inspired by my ability to create a space, manipulate a space and create atmosphere through lighting. I had given much consideration to the visuality of the performance, not only for the audience but for documentation. I worried that I should maybe consider committing to one or the other- audience or camera- but I had read about Gina Pane and how the aesthetic of her performances was of equal importance to the performances themselves. This was comforting to me- I always have this fear of commitment in my work, and hearing about Gina Pane’s practice seemed to give me permission to not commit to live performance or documentation.

I hadn’t ever really thought about the staging as extension of the performance- I suppose I was so preoccupied with the action. I decided to set up a dark space, with three spotlights Under each spot light sat a large circular petri dish. I had considered sitting under one spotlight for the duration, but I was aware that as this was a durational performance that people would see a fraction of the entire action. By having three spaces to pluck in I was attempting to make it clear to people that there may be other plucking actions to the one that they were viewing at that moment in time. Moving between spaces would also give me the opportunity to get up and move- something that I learnt I would be incredibly grateful for! 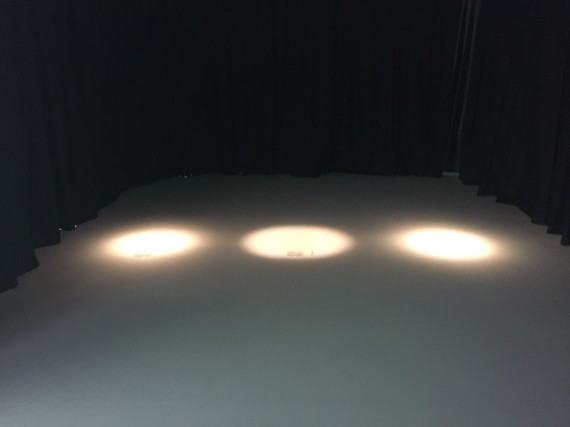 And so, I sat for three hours, in three spot lit spaces. Each space assigned to a body part. I plucked leg hairs, pubic hairs and armpit hairs. I was surprised that the pain didn’t come from the plucking, but from sitting on the floor, neck bent looking inward at my body. As the three hours passed my head felt heavier and heavier. At the end I felt like I wouldn’t be able to lift it. My body had succumbed to gravity and I felt like a flat packed person. Gravity had pulled the weight of my head to the point where I felt like my nose could touch my leg! This altered experience of my body was intriguing to me. I became very aware of how my body felt. I felt very much in my body- rather than in my mind. I was aware of my body’s weight. It’s connection to the floor. My bones pushing through my flesh into the ground. 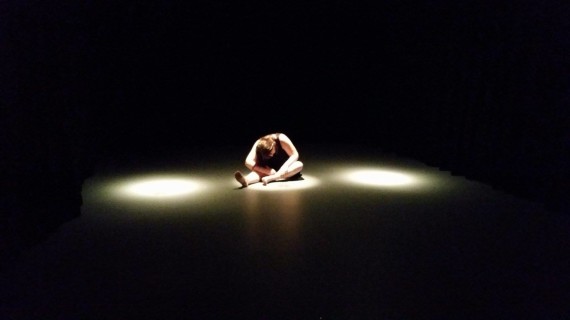 With regards to the presence of the audience, I found the lighting had created a strange voyeuristic situation. I was very aware from previous filmed performance that cameras had put people off from watching. That people felt self conscious watching in broad daylight to the point that they couldn’t engage with the work.  So by creating a very dark space, I was thinking of the audience. Thinking about how I wanted to make them feel like they could stay without feeling exposed. The lighting was successful in this area and many people did come and watch. But, what I wasn’t prepared for was the fact that as I sat in the light, when people entered the space, whilst I was aware they were there, and I could see a dark form standing near- I could not make out who they were. They were just dark shadows. Dark shadows that sighed, and breathed and whose footsteps I could hear moving around the space. At first this felt alarming, but I got used to it over time. In fact the sound of another breath or footsteps became comforting to me. I was not alone in the darkness, in the huge expanse of time- which I had lost touch with. I thought about how it seemed relevant- the exposing environment I had created for myself. I was sharing an intimate action- not normally shared with others. I suppose I had reversed the situation. Making the hidden visible, and making the audience hidden. The losing touch with time was the thing that caused most anxiety! I had no idea how much time was in front or behind me, and so it felt relentless and never ending. When that thought entered my mind I would feel panic set in, but by focusing on my breath I was able to push this anxiety away; but this became less efficient as time passed.

Reflecting back on the performance now time has passed I realise it has raised some interesting questions for me to engage with. I am asking myself whether the performance needed the audience. Because they are omitted from film documentation. Are they really needed for the work? I think they were- the work would have been very different had there been no one else in the space. And so the presence of the audience did affect the outcome of the work. They influenced my level of focus and control. I may have taken rests had I not been watched. And so I think there was an interesting relationship where the audience seemed to silently enforce me sticking to the rules. I realise though now that I have stood back and reflected that through me getting carried away with the staging, the performance seemed to defeat the object. I was intending on exploring the intimate actions we experience privately through our body, and how our anxiety in relation to the body is why they are private acts. I am fascinated with anxieties in relation to the body, even where we can’t handle the marks our body makes, it’s functions. The materiality of the body creates anxiety also, people feel very funny about hair when it is no longer attached to the body. These anxieties were the original driving force for the work, and so they should have been present, in my opinion. Yet through my staging I made this a comfortable experience. People commented on how it fell calming, serene and relaxing to be in the space watching. So, there was no confrontation with those anxieties that I talk about. I suppose, in that respect, the performance was a complete failure!!!!

It was successful in another area though. For me to sit and raise my skirt and pluck my pubes was a breaking down of a personal barrier. I realise that actually a lot of my practise is concerned with my insecurities with my body. I realise that it is quite sadistic to put my body in my work when I feel insecure about it. I could do anything, paint, draw, carve, yet I choose to use my body. I am thinking that I need to stop avoiding this issue and maybe use it in my work. Confront the insecurities head on and try to understand why they are there? Why do I place boundaries? Why would I feel uncomfortable? I need to try to remind myself to step out of the deeply personal self reference when I do this though, so that it is something that other people connect with. I suppose it is a fine balancing act, and I am trying to figure it out!! 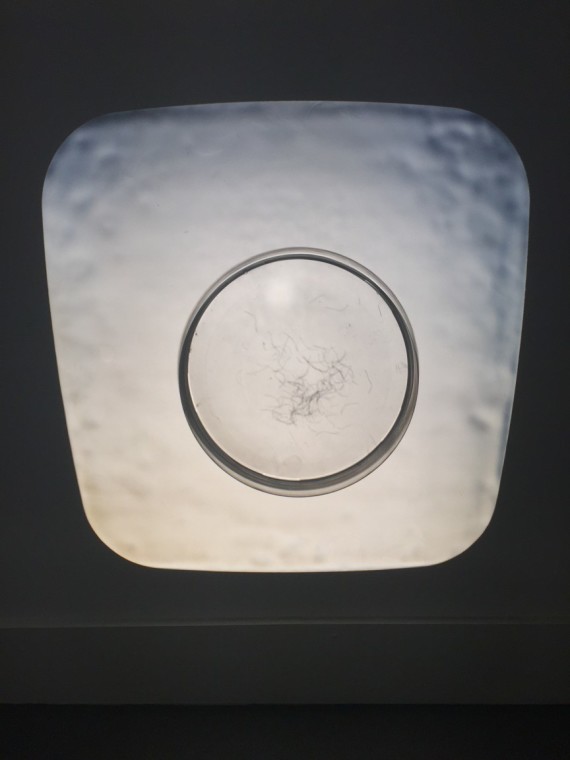 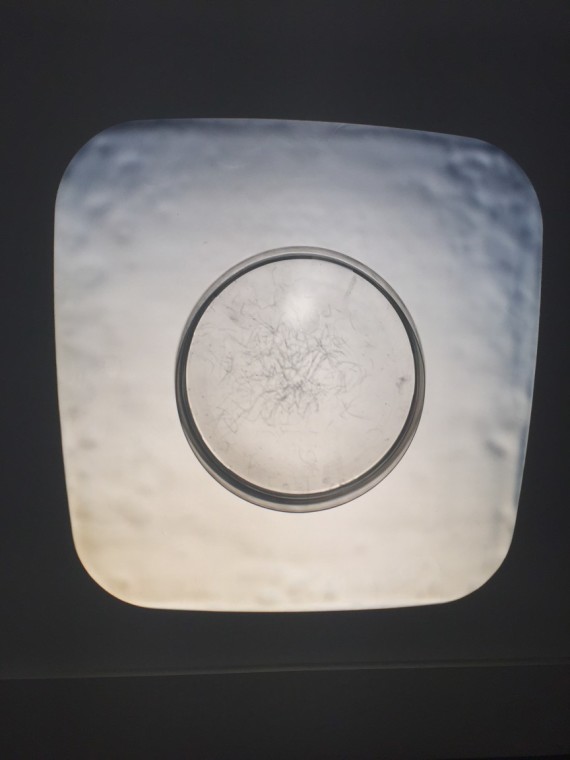 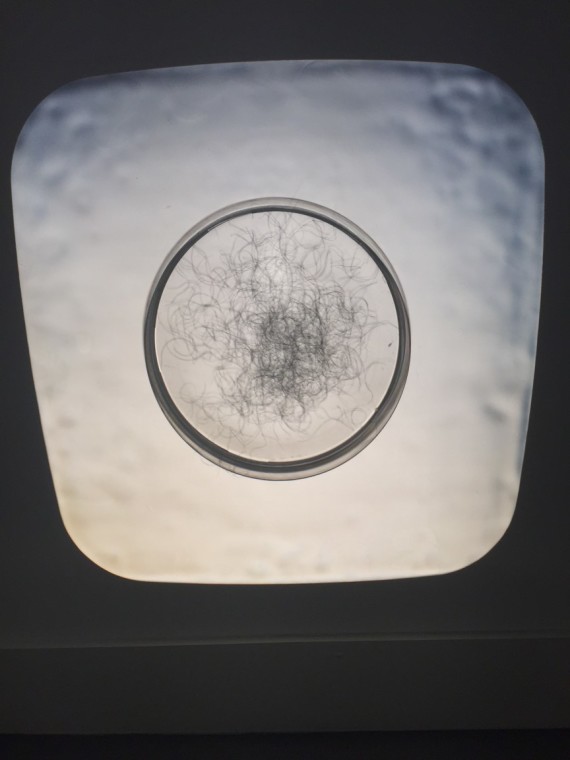