There’s been a bit of a gap between this and my last post, in part because I’ve been moving around a bit (re. where I’m living/staying). When I tell someone I’m currently an artist-in-residence they tend to imagine that I’m resident in terms of living on site; of course my “residence” is actually purely work related. So far in my career I’ve been an a.i.r five times in five very different locations, including a forest and two private schools; only once did the position involve/include living accommodation and that was through a rather tenuous connection! This occasion is similar, The Muse Gallery doesn’t have on site accommodation for its a.i.r’s. Instead the opportunity proffers studio and exhibition space in the heart of London. But this arrangement does add to the slightly disparate feeling of the end result in this case for me.

We a.i.r’s are four in number, working part/full-time simultaneously to pay London rents, else living further away in my case (outside London); making the opportunity to access the studio daily actually untenable. It would be nice to be benefiting from the feeling of working alongside each other but rarely are we in the gallery together. I, for one, am trying to get around geography (that is, because my home is a 6 hour round journey from Portobello road, in Sussex) by house-sitting in London, as and when the work is available. I get a lot of work done wherever I’m temporarily calling home but then I must move on. In my last post I spoke of the advantages of preserving an aspect of ones productive time without being observed, so spending time working off site has its advantages but I am torn, because a residence that actually came with a residence would be novelty. 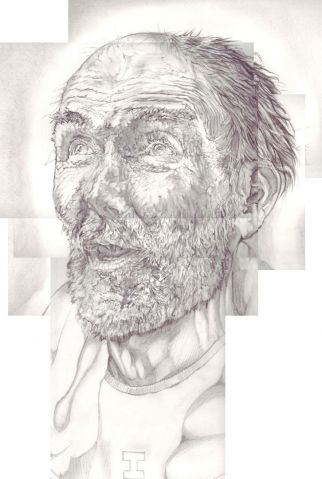 Last night on the radio I heard Andrew Motion speak of his time as Poet Laureate. He was asked about the challenges as well as the advantages and he spoke of the trouble the creative soul has in respect of reigning in inspiration, so that it might be employed specifically when requested/on demand. He said that though some people find it easier than others to write to commission this was actually an aspect of the laureateship he found more difficult than easy. “There is something in the nature of poetry,” he said, “that intrinsically doesn’t like being told what to do”.

I’ve found the mental challenge he described similarly, in relation to previous residencies I’ve undertaken. In those instances mostly my work was confined only to the space provided. That is, I didn’t have a working/studio space separate to the space provided at the residency location but also the nature of my work at the time meant I was bound much more tightly to needing an orthodox studio space than I am now. To pick up and put down ones creative work between prescribed moments, such as when a school bell rings for example, is potentially counter-intuitive. To channel that work away from other moments when it appears capable of flowing freely can be a source of great frustration. Having people watch you at work, even if actually they’re doing little more than taking in the fact that you’re there, can also serve to stultify, through self- awareness, the flow of ones thinking. The creative process is naturally a process of frequent losses as well as (hopefully) recurrent moments of recognition and gain. Worrying about being seen going “wrong,” perhaps even needing to begin a piece again, can be petrifying in the true sense of the word. That is, it can make you, and the process rigid. It takes a significant amount of courage to recognise/admit the need to destroy something in order to rebuild it better, even when you’re alone, just you and the piece.

Even despite prior knowledge of this, being the type of artist whose proclivity is toward being private and whose thinking flourishes naturally best when the world around is still, I remain dismayed by how my confidence can lapse in public. These last couple of weeks I’ve been finding this less of an issue because my time has been spent necessarily more regularly off site than at The Muse. Nevertheless with others employed similarly (we artists-in-residence artists’ are 4 in number) plus, given that the work I do in situ remains there whilst I’m away from it I need regularly to remind myself to relax and soften my own perceptions.

In his interview Andrew Motion went on quote Emily Dickinson who said: “Tell all the truth but tell it slant.” He confirmed that, in respect of poetry, the best writing often results from having come to a subject via the back door or a side window whilst the pressure of commissioned work involves telling things straight forwardly. This issue I’m aware of also beyond the residency itself, in terms of needing to balance the need to think long-term and to try to develop new work that might be more “commercial” against the chance this year gives me to be experimental. Certainly no less for visual artists as for writers does Dickinson’s quote remain true. 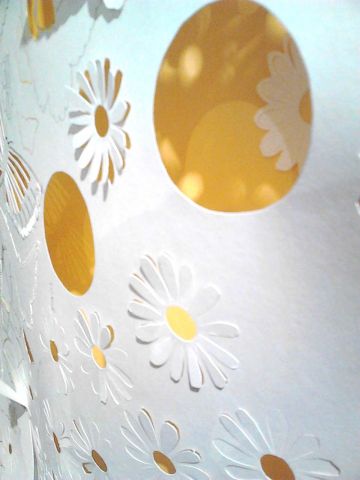