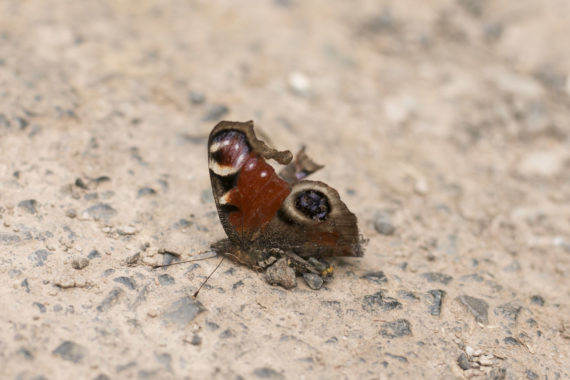 The reeds and ex-thatching stock that neatly hem the fresh water of Slapton Ley are reverberating with late summer cricket calls. They’re incredibly loud; driving 60mph through the lanes of an evening after work, blaring ‘Autumn’ by Joanna Newsom, they’re calls easily cut through the open car windows, like accents to the soundtrack of a season dying.

Every time I have an unexpected sea swim now it feels like the last, a bitter sweet experience that I have to greedily consume before the cold puts an end to it for the year. Everything feels poignant as we approach the end of the (Celtic) new year and halloween looms and the dreaded ‘back to school’ sadness.

I left Slapton village and entered into the high hedged lanes of my home county, broad views of Devon reaching all the way up to Dartmoor.

I gasped.
A Raven.
Perched on the top of a telegraphy pole, gigantic and disorientating with nothing to gage its enormous proportions by beyond the pole, the scudding clouds and the way it held its weight.
Unmistakable.

I saw one 10 years ago, when I used to sell tour tickets to tourists at Start Point Lighthouse. I had many exciting bird encounters in that job. Before that was on horse back at the family farm in my early teens.

My Raven looks down into the car self-consciously at me staring unblinkingly back. Anthropomorphism is supposedly bad, but not unscientific when we talk about Corvids, or as they’re lovingly known, Ape-Birds. These creatures are _smart_.

They recognise gaze from humans. I have conducted experiments in my old art studio with jackdaws, watching them with my eyes but my head held away and they knew what I was doing.
They know they’re reflections for what they are and have the mental capacity to solve puzzles with complexity that a 7 year old child can just manage.
[Mind of the Raven: Investigations and Adventures with Wolf-Birds by Bernd Heinrich pub. 2007.]

Thankfully I had no one behind me and I ease my old Toyota to a stop. Awkwardly, keeping an eye on me, the raven takes flight, I gasped again- that wingspan!

I slowly ease forward, scanning for its trajectory. It effortlessly swirled around and crossing my path further up the road, sinking down to land in a field to my right. I cruise up to a halt at the gateway where I have another magnificent view of my Raven standing in freshly turned red Devon clay.

There is a football team of crows in the field for me to compare this solid, coal-black body against. The Raven lumberingly walks away, keeping an eye on me over its shoulder through the lowered car window. I turn my music off and soak in the scene.

Over the brow of the fields curvature, the roof of a tractor briskly drives back and forth, kicking up a pink dust cloud of soil as it harrows the field. The birds are working the ground. The raven has walked a considerable distance by now, I guess take-off is a big effort when you’re of those vast dimensions. Another car finally comes and I leave my first Raven sighting in years in peace.