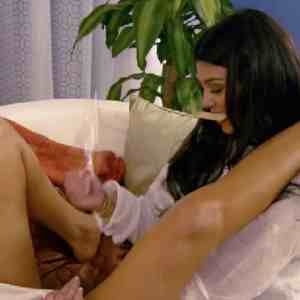 I’m going to pick up almost exactly where I left off, since, as usual, by the time I got to the end of my post I realised I had touched on something interesting (to me) but had run out of space. I was asking how we value artists’ film and video- and whether high production values are guarantors of quality, at least in the eyes of funders.

There is a question here around how images accrue worth according to their production values, a topic addressed by Hito Stereyl in her essay on poor images. She noted the hierarchy of image quality and value- a kind of pyramid with a select few hi-def, hi-res images at the top and piles of low-res, ‘poor images’ at the bottom.

A similar diagram could be drawn for videos- big-dollar Hollywood productions shot in 3D/ HD displayed on huge crystal display screens at one end, crappy mobile phone videos shared on YouTube proliferating at the other. This ‘lumpen proletariat of images’ resides beneath official culture, circulates mostly on the web, and has a potentially subversive character, which she links to Juan García Espinosa’s notion of Imperfect Cinema, in which a correlation between ‘perfect cinema’ and ‘reactionary cinema’ is made.

This recap of two previous posts relates to the subject I’m considering here- how the notion of deskilling, a well-known strategy of conceptual art, manifests itself in moving image work. Alexander Alberro, in his book Conceptual Art and the Politics of Publicity, discusses the turn away from the “skills, virtuosity, and privileged forms of artistic knowledge in the production of art” which became a hallmark of conceptualism, describing Lawrence Weiner’s performance “An Amount of Bleach Poured on a Rug and Allowed to Bleach”, which does exactly as the title instructs, as emblematic of this tendency.

Using easily accessible materials and non-specialist techniques, work by him and others “disavow(ed) inherited notions of artistic competence”, devalued the significance of skill, and was easily reproducible using cameras, photocopiers or directly ‘stolen’ by being ripped out of catalogues (e.g. Seth Siegalaub’s “Xerox Book”, which is the main focus of Alberro’s book).

This embrace of everyday materials and techniques, plus Weiner’s proposal that the piece need not be built, challenged the corellation of ambitious art with expensive materials, or any materials at all. Of course, as is well documented, these dematerialised practices still managed to produce commodifiable objects in the form of authentification certificates. As Alberro points out, if the materials are easily accessible, and artistic competence is devalued, it is the ‘mental labour’ which creates value, reproducing both capitalism’s division of mental and physical labour and the privileging of the planning/ design (concept?) stage over construction.

Robert Barry’s question, “how do you present an art that can’t be photographs in magazines devoted to color reproductions and things like that?” (i.e. that doesn’t look like art) is an interesting one to transpose into the moving image context.

One version of it could ask “How can a work which is not interested in big budget production- or indeed specifically rejects it- get state funding?” If a work doesn’t look expensive, because it uses found footage, or explores the signification of degraded imagery (like Steryl’s ‘poor images’), or uses available technologies like webcams, mobile phones and screen capture it may be harder to justify the funding. Particularly when films involving actors, costly location shoots, props, sets and costume design obviously look expensive and therefore more value-for-money.

Does this imply that a particular type of work- that necessarily involves high expenditure- will be funded, while ‘cheaper’ styles wouldn’t be? Artists like Klara Liden and especially Kalup Linzy, come to mind, whose deliberately low-budget, home-movie aesthetic complements the technology used in its production, intentionally playing with the associations conjured up by it (e.g. non-exclusivity, narcissism, self-performance).

It would be hard to imagine this type of work getting funding (pre-fame that is): it wouldn’t be specialist enough to ‘deserve’ money- unless, as in the conceptual art model, the mental labour appeared arduous or specialist enough to compensate for the relative ease of production. Perhaps this sort of work will become more common as funding cuts start to really hit in the UK…

Post-event despondency has set in a bit following last Friday’s InCounter. After weeks of organization and running around trying to remember a thousand and one little details, all of which are equally important for the smooth running of the night, its back to normal life and the realization that money’s scarce and that all that effort was, after all, unpaid. But every email I receive of positive feedback is a reminder of why we do these things: the generosity of the people involved, and the sense of coming together to make it happen, cheesy as it sounds, makes it all worth it.

But it’s tricky. On the one hand I hate the notion that life can only be lived with an “only worth it if it makes money” mentality which reduces every transaction to an opportunity to profit financially; some things are worth doing unpaid. But my aversion to that mentality means I inadvertently fulfill exactly the criteria that neo-liberalism demands from us as workers and citizens: ‘flexible’, willing to work for nothing if we love something enough and fully cognizant that its our ‘responsibility’ to make opportunities for ourselves. Or, in other words, become part of the Big Society: if you really want to be an artist- or an end to homelessness, youth crime and poverty- volunteer!

So by working for free and not asking for funding, we set a precedent that artists don’t need it; but then applying for funding- especially as an individual artist- is an incredibly time-consuming process with slim chances of success.

Alternatively, you could decide to work a little more- especially if freelance- and self-fund your practice, since at least the money is guaranteed that way. Again, this is the ideal artist from the perspective of a government intent on cutting funding for the arts: work more in order to pay for it yourself. It’s a perfect illustration of ‘the system-compatible, neo-liberal self-exploiter’ type of artist that Dominic Eichler in Frieze writes about, the other two models being the ‘neo-bohemian’ and the ‘self-institutionalizer, dependent on public funding’, none of which are especially palatable choices, as his essay’s title- Its Complicated– suggests. However the self-exploiter does rely on having freelance income, which will be harder to depend on as jobs for artists in school projects, community arts and teaching are reduced.

There have also been articles in Art Monthly regarding the funding of artists films, which is bound to suffer under the cuts. One solution could be to give out smaller bursaries for films, with concomitantly lower production values, but to more artists. Wouldn’t this spread the available money, meaning less for each individual, but a healthier artistic community overall? Addressing the issue of how non-commercial art could continue to function is an Open Meeting at no.w.here, whose aim is to ask “What kind of non commercial art practices will there be in the future age of austerity? Where are supportive spaces where group discussion, collective thought, and critical practices can grow and disseminate if they are removed from the Universities or if they become too expensive to access?” Good questions, especially once more and more spaces like theirs start to really lose money.

Another perspective on the funding and making of films is offered by Juan García Espinosa, of Third Cinema. The first line of his essay, For an Imperfect Cinema, written in 1969, is “Nowadays, perfect cinema — technically and artistically masterful — is almost always reactionary cinema.” He finishes by arguing that a film shouldn’t be judged on quality, or the camera, format and technique used to make it (a Mitchell or 8mm camera are offered as examples). Rather, the important question to ask for him was “What are you doing in order to overcome the barrier of the “cultured” elite audience which up to now has conditioned the form of your work?”

Its interesting to consider this in relation to moving image work- where do well-funded, high production values videos or 16mm films (extremely expensive and specialist in today’s world) fit, when everyone can make a video of sorts just using their mobile phone? I’ve run out of space- but will hopefully return to the question. 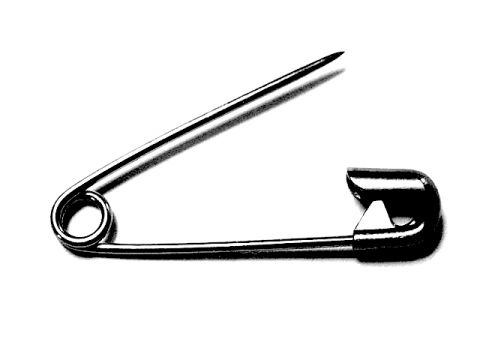