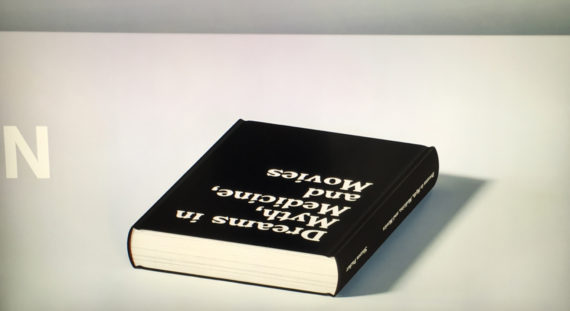 0 Comments
Viewing single post of blog Off the Shelf

This is the first of three posts summarising the last stages of my bursary activities over the last few months. It’s been hugely rewarding period, but one I’ve decided to reflect on retrospectively rather than immediately.

I spent several days over the summer in the air-conditioned stores of MMU Special Collections, located on the third floor of the main university library. It has a collection of artists’ books, with a focus from the late 1960s to the present day with a strong emphasis towards British artists.

Unlike the formality of the Tate archives, MMU has a refreshing approach to archive access; you are encouraged, after donning the usual white archival gloves, to freely roam the shelves. This encourages chance encounters and new discoveries:

I was drawn to material from Information as material (iam), established by the English artist Simon Morris in 2002 but with roots in his self-published books of the late 1990s. Based in the North of England, iam operates as a collective of writer-editors and as an independent imprint that publishes work by artists who use extant material — selecting it and reframing it to generate new meanings — and who, in doing so, disrupt the existing order of things. This emphasis on working with found materials is something I’m greatly attracted to.

The absolute highlight of these visits was my first formal encounter with the book works of Dieter Roth. As a devotee of Martin Kippenberger and his anarchic style, the obsessive and complete freedom of Roth’s artist books struck a deep chord with me. MMU has a copy of his Collected Works and I’d recommend anyone spend an hour or two with these chunky volumes (which occupy nearly a full library shelf). 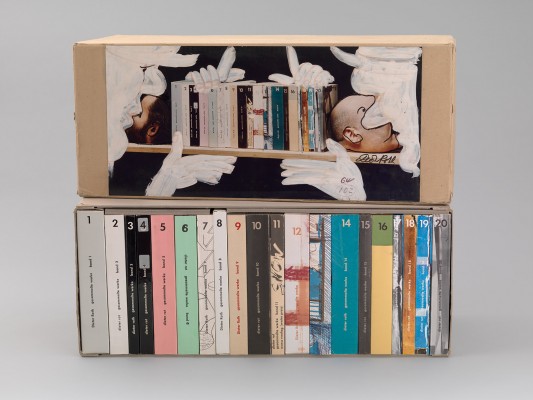 Roth’s self-published Collected Works began in 1969 with a planned catalogue raisonné that would unite his work so far. Collected Works was both chaotic and organised; the books were not sequential, nor chronological, but captured Roth’s energy and draftsmanship in a formal and structured form. The same trim size for each publication allowed Roth to review, amend and reuse material; encouraging repetition and edits that generated new meanings. The final volumes are utterly incredible. Chunky hardback books which, despite being over forty years old, possess wild energy and complete artistic freedom.

A trip to the Venice Bienniale (although not directly part of my bursary activities) is probably worth mentioning due to the Pavilion of Artists and Books:

The Pavilion of Artists and Books: The material and spiritual worlds of artists, in particular through their relationship with books, texts and knowledge in its broadest sense, which is a recurrent theme in several artists’ works. – Christine Macel

The Pavilion of Artists and Books should have been a useful research visit but in the weakest iteration of the Biennale I’ve directly encountered, the chapters were unconvincing. The concept of Otium, inactivity and mind-wandering in the process of artistic creation, was most evident in the studio set-up of Dawn Kasper, The Sun, the Moon, and the Stars, (2017). My publishing itch is scratched through thumbing through glossy books in the book shop.

Arriving back from Venice, I arranged to meet Hannah Fray. Hannah is an artist and Print Studio Manager at Liverpool John Moores University. I’ve known Hannah for a long time having graduated with her 10 years ago. An outstanding draftswomen, Hannah regularly produces artist books that combine her intricate skills with printmaking acumen. 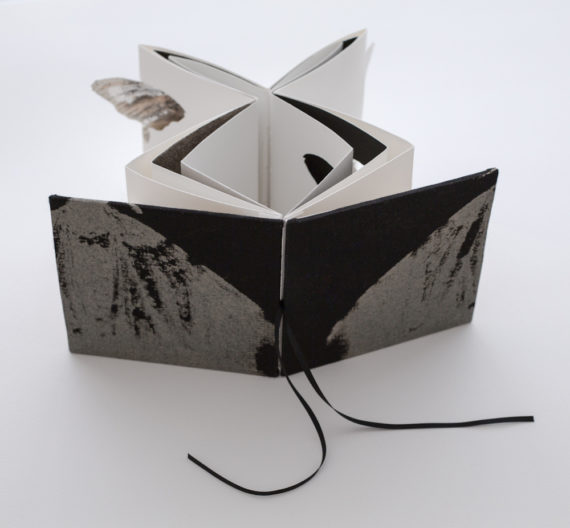 Over the course of nearly two hours Hannah braved my line of questioning and rudimentary knowledge of processes of self-publishing. We covered much ground, including technical aspects of production and printing; the gauge on my printing knowledge dashboard is steadily rising from red with every such meeting.

Afterwards, Hannah put me in touch with her sister Lorna Fray, a highly experienced freelance editor. Over email we discussed editorial processes in relation to publishing, an unexpected outcome but something I was hugely grateful for as written content is as pivotal as the visual.

Over the past few months I’ve been experimenting with producing zines, wrestling with InDesign technical aspects of production, page numbering, layout and sowing and stitching.

The work draws on my ongoing interest in the banal and anesthetised faux-utopian visual and written language used by property developers to sell urban developments.  It splices photographs and breaks up low grade jpegs, which mirror the design process on these large hoardings.

The book toolkit from Ratchfords has come in handy for this. I’ve fucked up many copies due to erroneous page layouts, misprints and other hilariously silly reasons. Despite being super frustrating, it’s been a really valuable experience.

Here are double-page images from Awaken (2017):