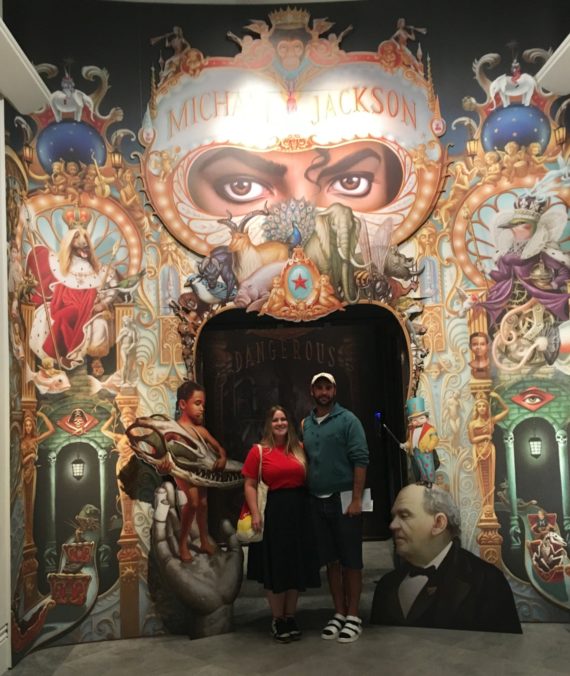 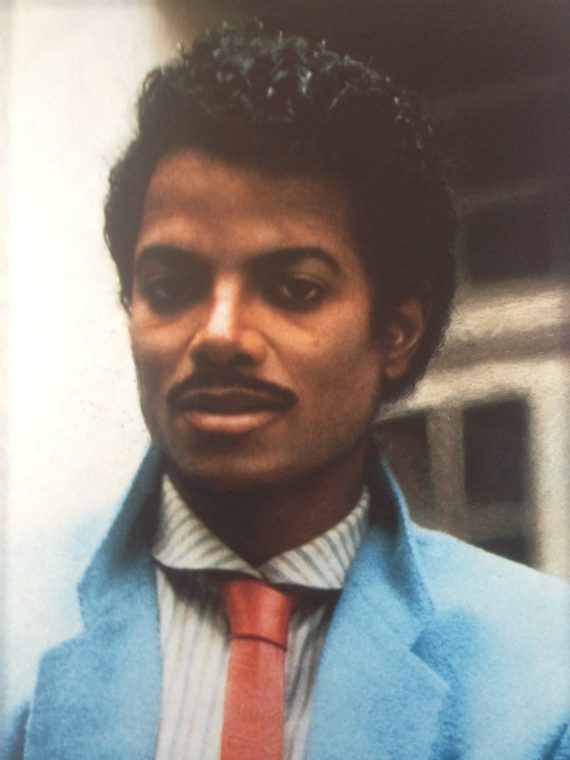 Time Can Be A Villain or a Friend, Hank Willis Thomas, 2009

The initial use of the bursary has funded me to travel to London, where Owen and the gallery space are based. Being based in Plymouth, finding the time and budget to travel can be difficult, and as productive as email and skype conversations can be, it isn’t comparative to having the time and space of working together in the same place. On my last visit, Owen and I visited the Michael Jackson: On The Wall exhibition at the National Portrait Gallery, as this linked to our previous work together around Jackson in Devon for my show Poor Copy at the Northern Charter, Newcastle. I was surprised at how much I enjoyed the exhibition, as NPG’s shows are usually a bit conservative for me. However, On The Wall demonstrates the breadth of the relationship between Jackson and contemporary art, not only exhibiting work around the iconography of MJ, but of his fan community too.

The works that neither ‘honoured’ or condemned Jackson were of most interest to me. In Time Can Be a Villain or a Friend, Hank Willis Thomas appropriates an image from a 1984 edition of Ebony magazine, which gave an artist rendering of how they imagined Jackson to look in the year 2020. As Willis Thomas states, the work says so much about the distortion of identity through popular culture. 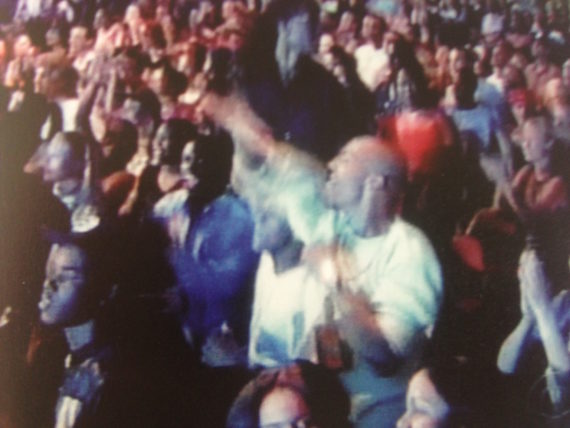 Also of interest to Owen and I was Rodney McMillian’s An Audience, a video piece which showed extracts from Michael Jackson’s 30th Anniversary Special televised concert. By only showing the crowd reactions, and editing out the figure of Jackson, a portrait of the Jackson fan community and passions are revealed. This strategy of denying the viewer a clear image of the fans’ object of desire, in this case Jackson, is something I was playing with in a recent video piece raremjvideos1, which uses crowd sourced footage ripped from YouTube to offer one narrative way into Jackson’s 2002 visit and speech at Exeter City Football Club.

This work will be exhibited along with new work investigating Jackson fan archives at Jerwood Visual Art’s Staging Series programme in September. For more information and to book, visit: http://www.jerwoodvisualarts.org/exhibitions/jerwood-staging-series-2018/