I have made my piece for March – in the end it was simple, after watching Newsnight, where Jeremy Paxman summarised the Syria crisis as a 21st century failure.

It is a failure of our imagination and our humanity, that we cannot imagine a world without conflict.

Without imagination, we cannot begin to create a viable future. 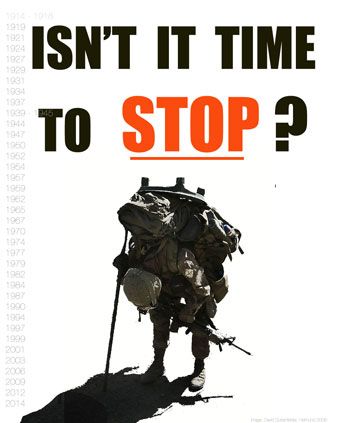 I began a painting based on a photograph in the Guardian three weeks ago, of a row of dead Ukranians surrounded by mourning relatives and friends.

since I began painting again, my work has addressed the natural world, so to make a clean division I began the Ukranian painting in oils. It develops slowly on the easel, giving me time to wonder what to do with it, and why I’m making it. It’s an empty gesture.

it was the photo that interested me, the way the bodies were lined up reminding me of Medieval paintings of assembled heavenly hosts.

not sure where it will finish – I almost destroyed it the second day, but I felt that would be cowardly.

Haven’t yet made my war piece for March, but am meeting up with a group of sixth formers today to talk about curating their work for a show in October. Everybody is acknowledging the anniversary, as if we are a million miles away from being pitched into another conflict. 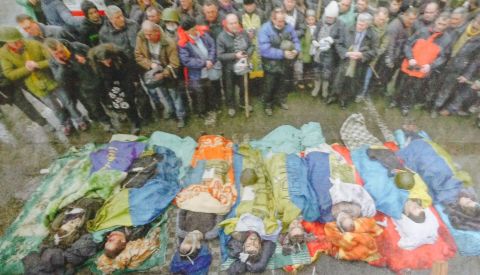