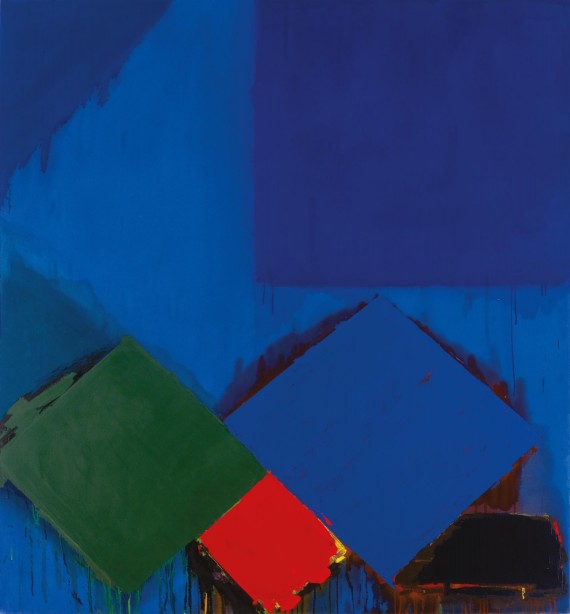 Firstly, the exhibition. John Hoyland: Power Stations, Paintings 1964 –1982, is Newport Street’s inaugural exhibition. Entrance to the Gallery is free and the exhibition runs until 3 April 2016. 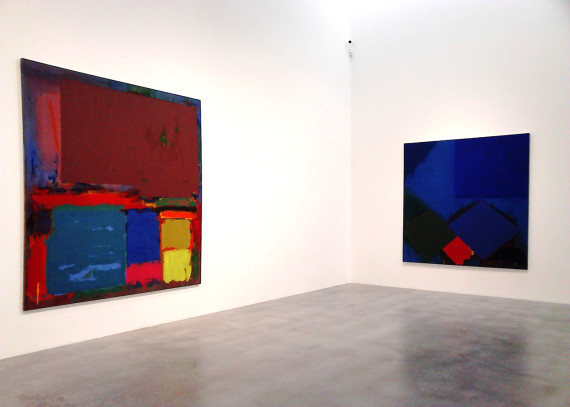 I think Hoyland would have enjoyed seeing his work exhibited in a gallery which places them firmly in the foreground ready to be recognised. The rooms are inhabited by the paintings, light and air. There are no distracting labels to read and the invigilators are unobtrusive. 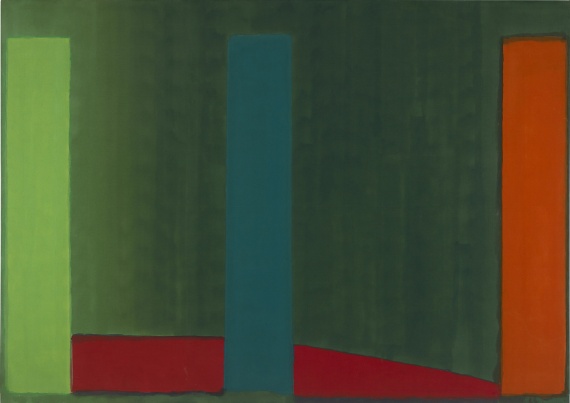 Upon entry to each of the Gallery spaces, the size of the largest of the canvases at 2134 x 3658 mm (84 x 144 inches) appear to make the expansion of colour all the more arresting.

However, when I stood in front of the paintings for some time I realized that the variation in tone and contrast between colours in even small sections of the paintings impacted on my retina so that they moved beyond the boundaries of the canvas. That is, the afterimage of blocks of colour hovered and flickered above and between contrasting areas of colour and momentarily on to the white walls as I moved – see image below: 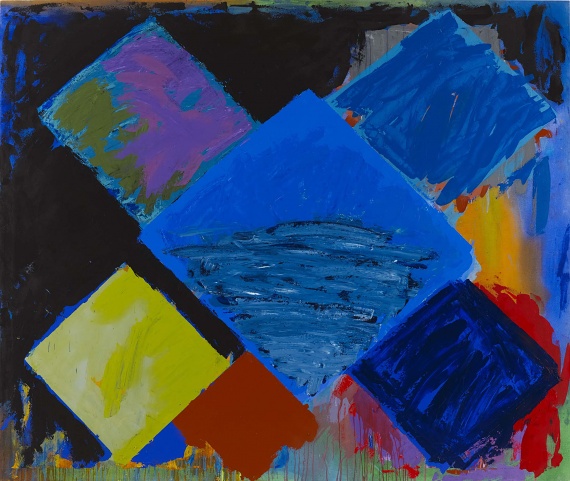 I was interested in the tensions Hoyland builds-up within each canvas e.g. between contrasting colours; between geometric forms and their unruly edges and between large and intense blocks of colour and the thinned, narrow rivulets of paint which runs down behind them.

For me the paintings were exuberant and provocative – they motivate. 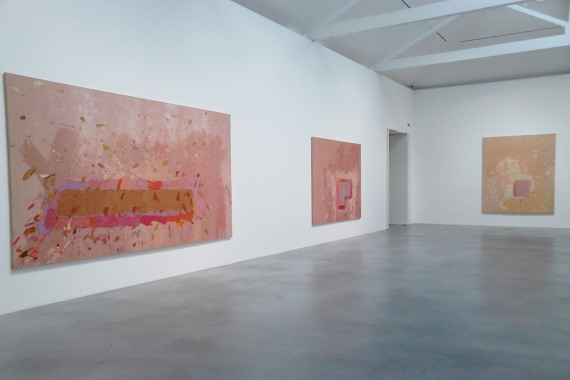 John Hoyland (1934–2011) is associated with the abstract movement in Britain from the 1960s until his death in 2011. It is the first major survey of Hoyland’s work since 2006.
Hoyland and Damien Hirst were friends so Hirst is aware that Hoyland resisted labelling such as “leading British abstract painter”.

I noticed that the text printed in the Gallery’s leaflet on the exhibition expresses a more generic impression: “John Hoyland was considered one of the most important artists of his generation.” It does not say by whom.

It always interests me when generalized statements are made about art and artists which are not attributed to anyone. Such statements prohibit questioning which is surely what art is about.

The text goes on to say: that Hoyland “progressed through multiple stages of investigation in his work, each of which can be seen on some levels as a negotiation between the exercise of control and embrace of chance.” I have to say that this kind of comment really has become a hackneyed cliché; it appears to be obligatory when discussing abstract art to acknowledge ‘happy accidents’ when it seems obvious that they are intrinsic to the unfolding of life.

In conversation with Tim Marlow, Director of Artistic Programmes, Royal Academy of Arts, Damien Hirst, in the role of curator, makes some interesting points about why he chose Hoyland’s work for his inaugural exhibition e.g. colour which “keeps moving” and “organised chaos”. See video below:

Curatorial comments based on appreciation of key works would bring a welcome human dimension to the texts which galleries offer as a brief guide to art works. E.g. in the video Damien Hirst speaks about his regard for 9.11.68 a painting he had in his office and looked at over a 6 month period. 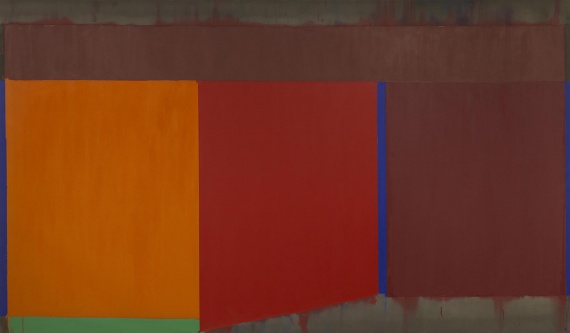 Artists give form and coherence to states of mind. They enunciate and bear witness. They encompass emotions not easily described. Through art we attempt to reconcile the contradictions of human life and contemplate its wholeness. Lambirth, 2009, P.7.

This raises questions about shared experience which operates at the level of intuition as well as intellect. Just as a valued piece of music continues to unfold to a listener over time, I feel that abstract paintings offer a relationship that forms within oneself and others which provides insight when we are in rapport (Mid 17th Century, French: rapporter – to bring back). 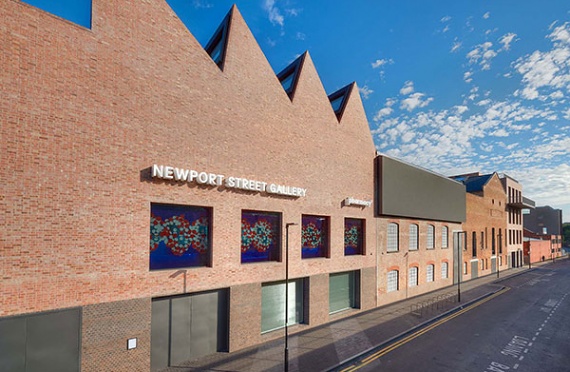 Secondly, the £25m gallery which was designed by architects Caruso St John. The gallery spans 37,000 square feet and includes six exhibition spaces – one of which is eleven meters high and can be viewed on two levels.

The construction of the gallery involved the merger of three listed buildings. Coincidently, the buildings had been purpose-built in 1913 as scenery painting studios for the Victorian theatre industry in London’s West End. 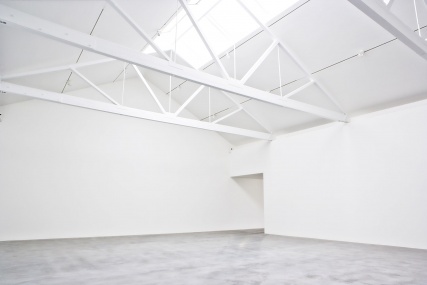 While the rooms are more spacious than many galleries, it does follow the familiar trend of white walls and ceilings (some of which are vaulted) and highly-polished grey cement floors. One unique structural feature which I particularly love are the wooden spiral staircases with their smooth, curving marble inset handrails. 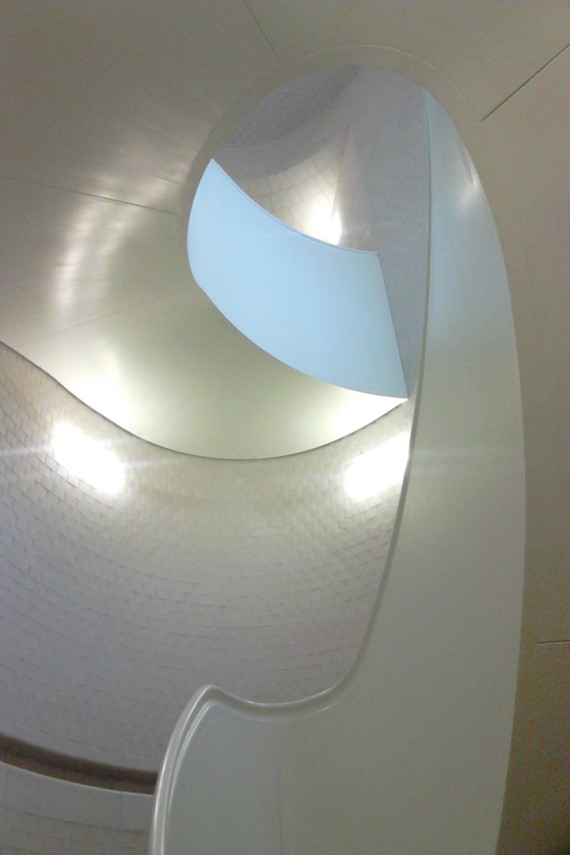 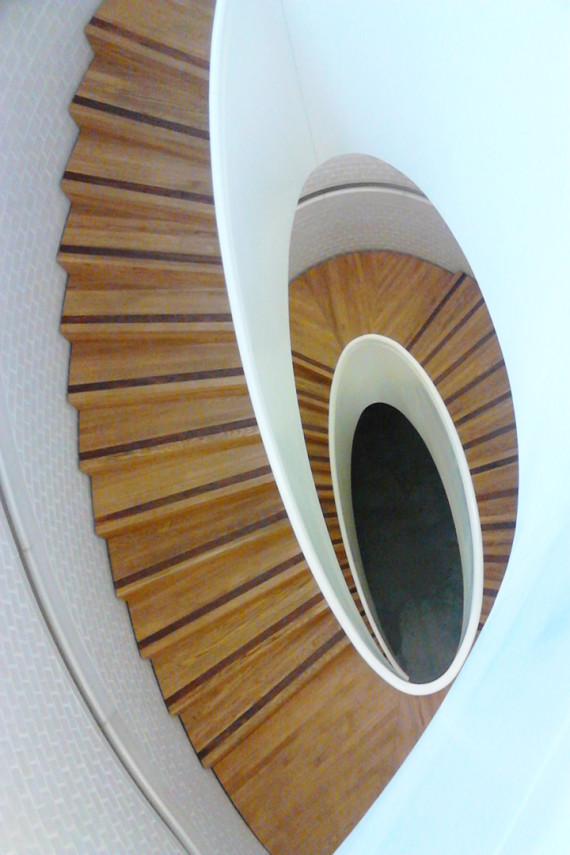 I do love its location in Lambert on the south side of the Thames surrounded by residential properties many of which provide social housing. However, the gallery might indicate the start of massive social and cultural change – erasure of local communities in favour of flats for high earners and wealthy landlords.

I will certainly visit Newport Street Gallery regularly. The exhibition inspired me to research John Hoyland’s work. It is a great new venue for art in London and I am very curious to see more of Hirst’s curatorial choices. 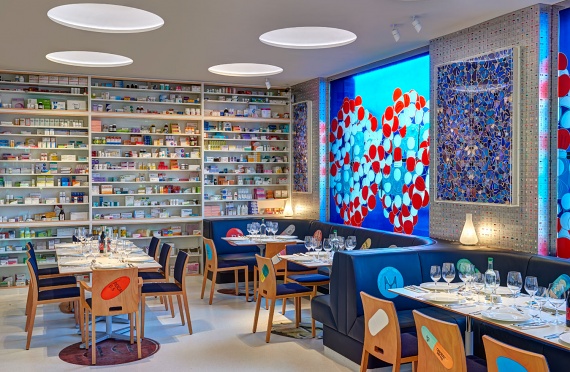 I did not visit the dazzling to look at Pharmacy2 restaurant in the Gallery on this occasion (I spontaneously called into the Ragged Canteen down the road part of which is artists’ studios) but it had a really high-energy atmosphere.

NB Vauxhall is governed by Lambeth Council who is currently ‘consulting’ local people about their plans for redevelopment. I do hope the way they enforce their plans will not echo the experiences of people living in West Hendon, Barnet, where regeneration caused some residents misery, anxiety and the pain of unwanted upheaval (See The Estate We’re In, BBC 1, Tuesday, 15th march, 2016).

It is not that the reconstruction of weary buildings is unnecessary, it is that co-dependent and settled communities of people on low-incomes (by London standards) are being destroyed; and ‘residents’ displaced without commensurate resettlement deals in some cases – including eviction for those who do not have security of tenure.

I think social change should be ushered with an emphasis on care and compassion for the communities it will effect.