Started on some new work today which I have been planning for a while but have just not had the opportunity to actually put into practice. It was wonderful to make a start. When I am planning work I think about it for a long while. make endless drawings and notes but try not to look directly at it as if the idea is going to run away if it notices I am watching.
This month has been very busy. I have been working at primary schools across the borough introducing them to some of the ideas underlying my project. It has occasionally been frustrating not being able to carry out work that I have been planning but I have also found it illuminating. Its also very good to be with people who are purely enjoying the act of making.

Again this week has been full of, as Gabrielle put in her blog, (Exeter Studios) 'stuff' rather than work. Today I decided that deadlines were just going to have to slip. I needed to make something and not post rationalise something or propose something or evaluate something. Just get on and do something. It's my 'artist in residence' Friday anyway so I was in the studio in the church but I had actually taken in the laptop to do some typing! Instead I made some work. It felt like playtime. I found myself thinking that it would be fun to do this more often.

Today was very cold. I was working at Cardinal Newman School on an Art / Environmental day with Simon James, the Elmbridge Countryside Liaison Officer. Plans for the day had to be slightly altered to allow for the fact that it was too cold to be outside for long so drawings were very perfunctory . The clipboards were away on a trip with another group of children and the first group came out without pencils anyway! However the children made some good work and seemed interested in the ideas they were introduced to. 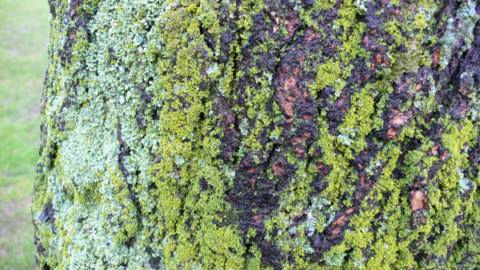 In some indefinable way this week has been extremely busy. Yet I can't work out what I have been so busy doing. I suppose it's one of those periods when you do a little of many things rather a great deal of one thing. So I have been having meetings, researching things, making maquettes, having ideas, moving work, making paper, staining it, trying to remember the bookbinding knot I was using before Art Week and catching up with paperwork (the other kind of paperwork!). Looking at that list makes me feel better althogh I still have a feeling of dissatisfaction. I really want to spend some time on a peice of work and concentrate on it rather than having to flit from one thing to another.
On Monday I am going out on a walk with some friends who walk their dogs on the commons everyday. I have asked if they can follow their usual route through the woodland and pick up eight things from along the way (or make note of eight textures or sounds) to produce the first bit in a fairly large peice of work 'sampling' people's experience of the commons. I want to ask all sorts of different groups to participate. If you are reading this and are from Elmbridge and want to participate, get in touch via the project website.

I went to London this morning to meet Kevin Graal who I am hoping to involve in the project. Kevin is a storyteller. One of my starting points for Papertrails was not just the quotidian reality of the actual landscape however beautiful that is but the landscape of the imagination.'The woods' from stories, where the journey into them can be the first step on a quest and you will never be sure what you will find.
The forest that the children made at Hurst Park school last week in response to Papertrails reminded me of these stories and made me even more interested in involving Kevin. 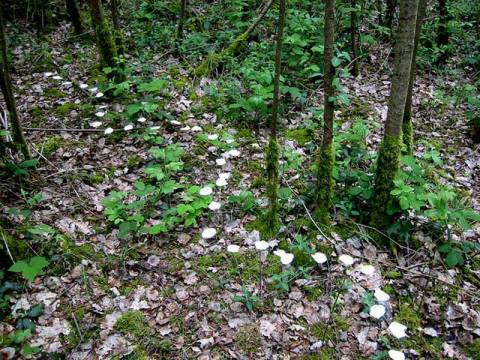