I'm in the middle of making and planning work for a story trail in August and I am conscious that I am not reporting back as often as I might. Right now I feel that I need to look at things and read things and just be open to things before I do any more creative work for a few days. So there might be a pause before my next blog entry. But it doesn't mean that nothing is happening! 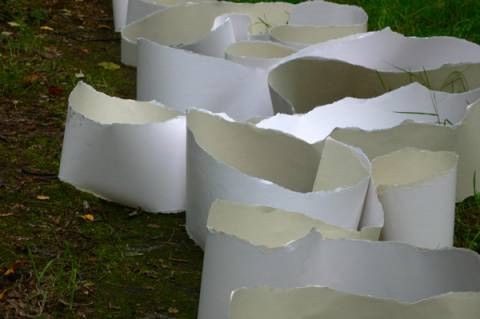 On Sunday we went to Kettle's Yard to catch the Edmund de Waal exhibition. It was the last day. I've just been so busy I haven't managed to get along before. I really like his work. I have one of his pots although to have just one is to miss the point a little as he deals with accumulations of objects. Repetition and modulation are materials just as much as the clay. In the middle of a period of so many competing demands / voices it was wonderful to see something which was so calm and pared down. 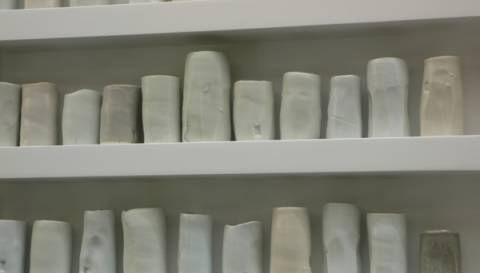 Today was a good day. It was billed as a 'Help make art day' open to the local community. There were very few who actually wanted to join in but a number of interested people. In fact the largest group turned up as we packed away having used everything up. It was beautiful light and no rain for a change and it was one of those times when you feel that the work is almost making itself. Although that ignores all the preparation and thinking and planning in favour of a kind of serendipity which isn't the whole truth.

This afternoon I have been walking in Littleworth Common sorting out where the work on Saturday is going to take place exactly. It is supposed to be dry then but today the mosquitoes were out in force and I worry that we will get eaten alive at the weekend. However it helped to sort out in my mind where we will be and to a certain extent what we will be doing. I've got to put up some more notices before Saturday directing people to a meeting place. I want to concentrate on directly forming paper by casting it onto the ground but I am also aiming to carry out some of my original proposals; weather permitting. 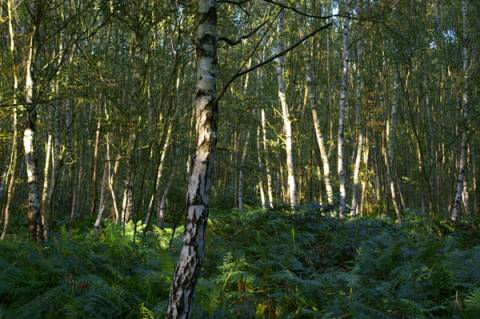 Of course glorious sunshine follows my decision to make work responding to the ghastly weather, rain and mud! Too late now, my work has taken on a decidedly earthbound approach. I have been pouring paper pulp on the ground to form sheets marked and patinated by the soil. At the weekend I am working on some large 'drawings' on Littleworth Common making temporary marks on the landscape using either torn paper strips or paper pulp. It will largely be decided by the weather which one gets carried out. its publicisised as a 'Help make art day' and anyone can join in. I predict that there will either be so few people involved that nothing happens or so many that we run out of materials straight away!