Today being Monday is ‘admin day’. I am sorting out some of the things for ‘The Big Draw’ and emailing all the people I need to email and writing all the stuff I need to write. Hence the blog entry! However whenever it is an admin day I always really want to make something. At the moment the rolls of paper next to my table seem really interesting. I have been mulling over the idea of working with cylinder shapes and I keep finding my eyes drifting over to them!
Last week was a mix of different things, some studio work, some meetings and some organizational stuff. Thursday was overall a good day. My meeting with Bettina was great. As part of my grant application to The Arts Council back in October last year, I had asked for funding towards mentoring for the organizational side of the project. Artsagenda (www.artsagenda.co.uk) (and Bettina, specifically,) had been suggested to me, probably because they usually deal with art in relation to a particular place or setting. I would really recommend them. Bettina has been a very positive and calming influence which is handy when you are dealing with a project like this one which can be influencd by so many things entirely outside of your control. On Thursday as usual she helped me to focus and prioritize things and the chaos of conflicting and competing things to do settled into a calm and acquiescent list. However out in the real world British Rail was doing its usual thing and I was half an hour late to my meeting and the return journey took at least two hours longer than it should have.

On Friday I was ‘in residence’ and as usual had a few visitors some of whom were people who had been in before and wanted to check on progress. The church was being organized for an evening piano recital on Saturday. Chairs and tables were bing moved round and there was an air of bustle. It was enjoyable to see the preparations and to attend an event there that had nothing to do with me. I could have my glass of wine and chat to people and listen to beautiful music with no lurking thoughts about what I should have done. 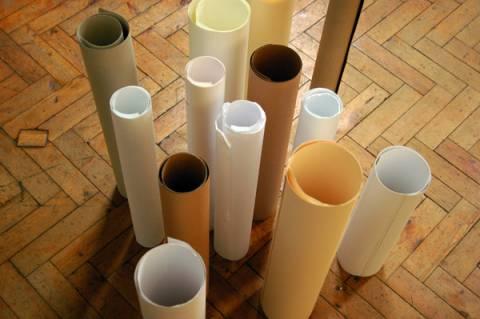 I am gearing up to "The Big Draw" on 13 October here at St George’s. I hope the day works as well as as it could. Its almost impossible to anticipate which events will be eagerly seized upon by people and which will find no takers. I think people just get too busy. Anyway before that I am having a talk with my mentor, Bettina, tomorrow in Brighton with the aim of looking at where this year could lead. Also I’ll be reporting back on the various events that have happened since June when we met last.
In terms of work, I am becoming very interested in the route of a stream that runs through Arbrook Woods and want to do something in relation to it. I find it very difficult balancing planning ahead and working now. When I try to do both I find myself doing neither very well. Which is where Bettina comes in! 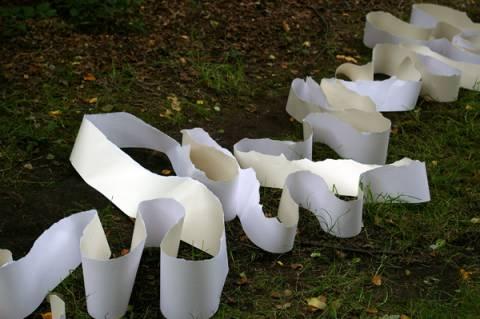 Friday, Saturday and today I have been at St George’s Church. It has been a combination of ‘Heritage Weekend’, Surrey Cyclists Saturday and my usual open studio on Fridays. So lots of visitors and lots of contributions towards the Elmbridge ‘Book’ that I have been working on. It is very interesting talking to the studio visitors. You can never predict who is going to make a real connection with the work and who isn’t. I have also been thinking and making plans about what I will be working on after this project is over. There are still five months to go if one includes this month but because much of the originally planned work with local people has already happened it feels as if time is flying by.