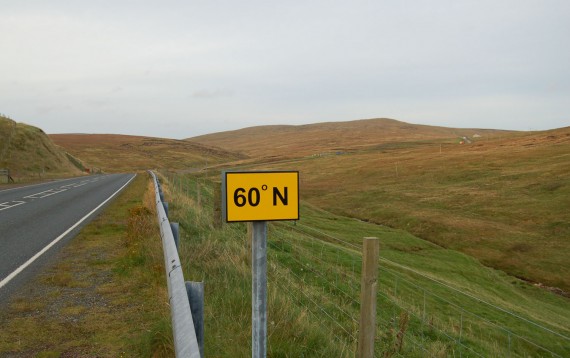 The final installment in the Pelagic trawler trip featuring the boat herself, full of intriguing, interlinking shapes, industrial forms, apertures, reels, pipes and knots, some marked with the traces of the work and the environment.

Following on from yesterday and the Pelagic Trawler trip, tonight it is images of the fishing and the crew. We left Lerwick at about 2pm on the Monday afternoon and that evening they made the first catch, Skipper George William Anderson, has been a fisherman for over 40 years and has been through all the changes to the industry, and also has never felt sick! On the crew were his 3 sons as well as a nephew and other men he had worked with over a long time. As we set out, he told me they knew where the fish were so that’s where were headed. The nets are huge and I found myself trying to put a shape them to imagine them unrolled and visualise how they worked. In the wheelhouse there is a bank of screens with various instruments and controls, radar, sonar, one of which shows the net and you can watch the fish swimming into it.

The nets were shot out at about 7pm in the evening and everyone was gathered in the wheelhouse watching the shoal swimming into the net on the screen – I am uncertain about the correct terminology for different instruments and the modern technology used, it is something I would like to know more about – it felt an exciting moment, the hunter gather making a catch. When the net was full it was time for the show to begin……..

We moved around to the other side of the wheelhouse facing the back of the boat, the lights were switched on and it was time for the Mackerel to make their appearance. I could watch it on the cameras as well as in front of me, as the nets were wound in, the first fish started appearing caught up in the ropes….. it was very exciting, this is what it is all about, what it has always been about…… these boats catch such vast amounts, hundreds of tonnes and they are stored in massive, refrigerated tanks.

Once the net is close to the surface of the sea, a giant hose which is attached to an equally large hoover is inserted under the water into the net, the fish are ‘hoovered’ up and then pass through a network of large pipes to the refrigeration tanks. The first impression of seeing these thousands of Mackerel passing through this hoovering system at such speed is quite alarming, depending on your sensibilities it can be a bit uncomfortable, it is much like any form of modern farming, this is the reality, it is people’s livelihoods and they are supplying a demand. I said to George William (skipper) that they look so fresh, glistening, like pieces of silver shooting past, he told me that they are known for providing very good quality fish and that he just ‘sees pound signs appearing’, which made me smile. They will land these fish wherever they get the best price, which may be Norway or Denmark, so would have had an extra trip had I stayed on board.

The next day, it was decided to go back into Lerwick  to change a net and also to put me ashore. This gave me a great opportunity to see these huge nets unrolled, creating lines like a drawing it was unwound, fed out of the back of the boat and re-wound into a waiting lorry, I then slipped out the back as well and said my goodbyes.

The last two days I have been at sea, out on a fishing trip with the Adenia LK 193, one of the large Pelagic trawlers. I have so many images from this trip that it will take a few days for me to get through them all. It felt like an initiation test in some way, I don’t think I passed, I was sea sick the whole time and only managed 24 hours but I am so glad I went, it was incomparable to any experience I have ever had and an insight into the world of modern fishing. I feel it has opened my mind in another way and even in that short time I had a sense of leaving and coming back to shore, the feelings associated with, it gave me a new perspective. As I sit here writing this I can hear the winds blowing outside, it is dark and there were strong winds forecast tonight with rough sea, just glad I am on land and not out there rolling around on the sea. While my trip was very, very brief and a minuscule taste of what it can fishing at sea can involve, it was big for me and I was nervous. I would have liked to have been able (without feeling poraamos – Shetland dialect for unwell, poorly ) to have more in the way of conversations with the men on board, to find out more about their lives, maybe I will have to go and meet some of them on land.

There are so many stories to tell for the short time, I will have to do it in episodes, so today we have the sea, pretty calm but it is the North Sea, tomorrow it will be fishing and the men who work on board, then there is also the amazing radar and sensor equipment, visually intriguing, digital imagery, as well as the huge, industrial sculptures that are the ships themselves. The Adenia had recently been lengthened, which meant cutting the boat in half and inserting a prefabricated section in the middle, then welding her back together a truly impressive piece of engineering. I would have loved to have seen her in cross section. As it gets dark so early most of these photos were taken as we were leaving land, sailing south around the bottom of Shetland and over to the West, by the time we were out in the open sea and when they made their catch it was pitch black, an all enveloping darkness.

At Bigton……..remember the sunshine as the nights are drawing in, dark at 5pm now.

UK based artist working in the public realm on commissions, residencies and collaborative projects.