On the 22nd of this month, I have visited London’s Tate modern. The main aim of my visit was to understand what type of work drags me in the most. What I found out was that digital work and big scale installations interest me way more than photographs and ready mades. Another thing that I found out is that paintings that have had a digital source interest me more than paintings of the ‘old’ times.

For example work by Wilhelm Sasnal. The work was made in 2011 and is titled Gaddafi 1, medium Oil paint on canvas.
Wilhelm Sasnal is a polish painter and film-maker who uses photographs as a starting point for his paintings. He either finds them on the internet by chance of by seeking for them. This painting is one of the three and is based on the broadcast coverage of the killing of Libyan dictator Muammar Gaddafi. Here in this painting, Sansal depicts the body of the deposed leader as an abstract mass of thickly applied paint to imply a violent death. 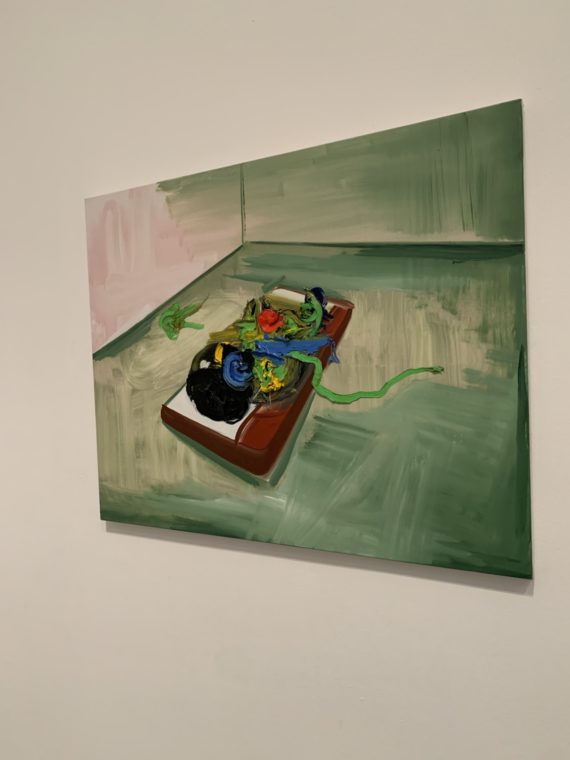 One of the aspects of Sasnal’s work that I enjoy is the colour pallete and its use to create minimalist works. 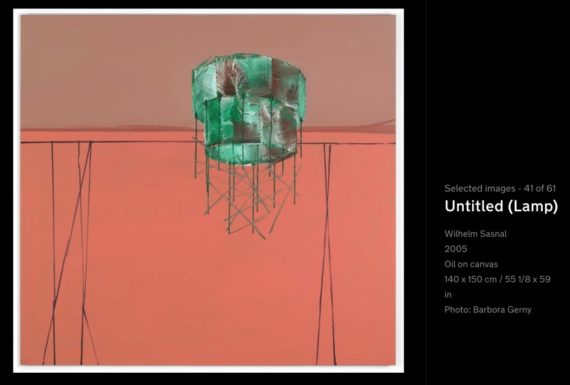 In the case of installations, an installation by Jenny Holzer was something I was looking forward to. Her work has been my inspiration since the first year of education at the university when I accidentally found her work in one of the hidden galleries in london in the first year.
Her work speaks to me with its focus on putting out a statement or a thought that could also be very controversial.
Unfortunately her artist rooms were no longer there as 2019 was its last year. But her work Blue Purple Tilt, 2007 was still there. The work drag me in with its flashy colours seeping through other rooms, leading me towards it. The work includes a survey of Holzer’s writings. 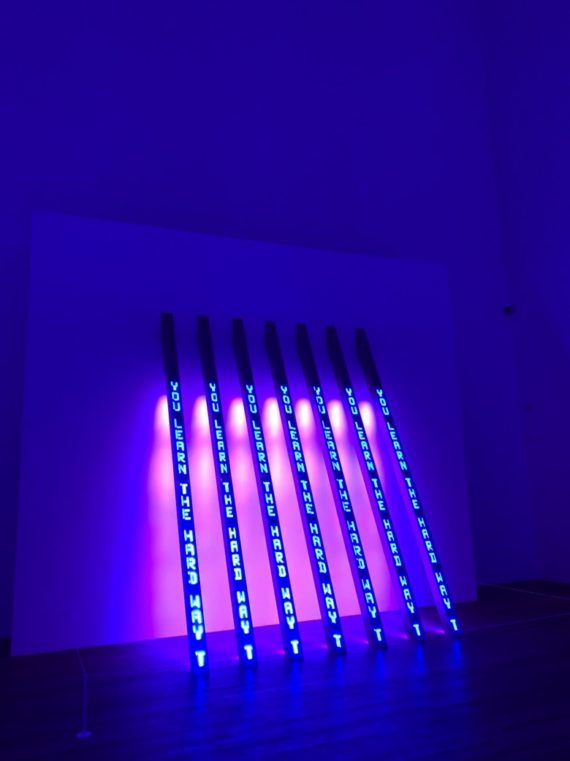 It was a big pleasure for me to see her work in flesh and it left a big impact on me.