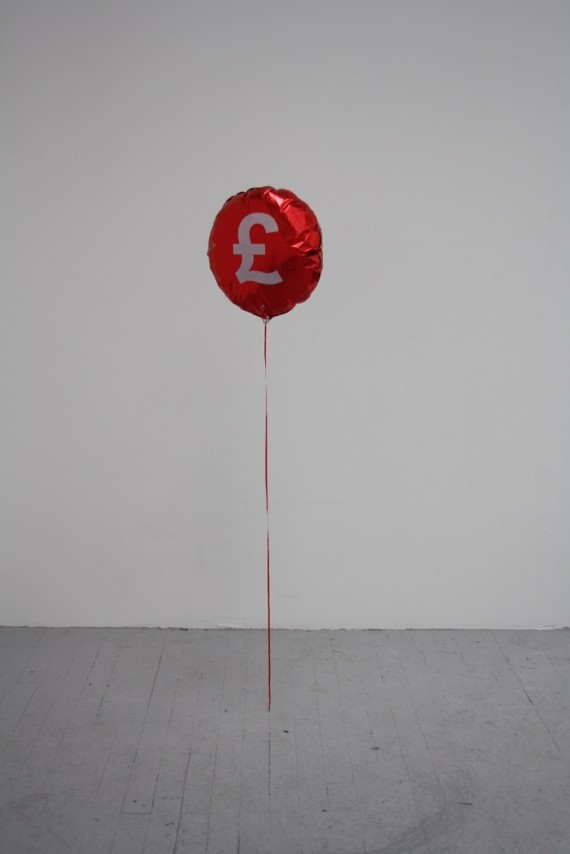 Now at the last day of my residency it is easy to say time flies but I think that is an indication of activity – when you have no set task or having almost nothing to do, time can appear to pass slowly.

Not feeling as if I have lacked time, I do still think had I had clearer objectives, I would have been a bit more productive but I have a good body of new work and renewed focus which are achievements enough.

Being in a place for a short period of time has sometimes put me off creating more ambitious work or has made me feel unable to work in some of the ways I am used to – this is something to address as if these isues don’t get resolved, these oportunities could be wasted.

On reflection, the next time I apply for such a residency, it will have a clearer purpose and focus using the place and space to best advantage – making work which is suitable and apt for a particular place or environment. If I want to do something engaging the community it should be planned, to have greater effect. And to remember ambitious projects can work if the preperation is good.

We had a really successful “Open House” with work exhibited and our colaborative project Please Wait to be Seated which had participants taking part in a walk – through portrait factory complete with menu. More on this here: www.stuff-cat.blogspot.co.uk

I have been fortunate to have been here with like minded hard working people. We were able to collaborate not just in the living space but as an artist collective group, although our practices are quite diverse.

Sometimes it’s not ust about the place but the people, and I can say I have learned something from each and every one of them which itself has made the residency experience even more fulfilling.

Hopefully I can use this experience to continue the progression in my practice – I want to find the right opportunity to apply for next, which will be appropriate for my practice.

For now, I will return to Scotland and work on developing the material I have from my time in Iceland. I also have to address the other pressing factor in the equation – money.

It won’t come as a surprise that as an artist I am short of it. I was lucky to have some funding for this trip so one month away was made posible. However, a permanent flexible solution must be found to balance the time I have.

Currently I don’t have a sudio which will of course directly effect my work and the part-time job I have is only one day a week. So, next step – achieving a balance with the best use of my time.

This last week has been a bit about experiencing the weather and a bit about finding balance.

Throughout my stay I’ve been reading a few books of Roni Horn – whose work has often focused on the weather in Iceland and the deep relationship the people of Iceland have with it. Reading some of the reports in Weather Reports You, they can be hard to believe – but since having stayed here, just these short few weeks, I can really appreciate how the weather is a force quite beyond us.

Finding a balance is important in your work and that of time spent in a residency. Quantity of work or productivity is hard to measure but the feeling of time pressure is a constant. This is of course self-imposed, as regardeless of how much time you have, the task will be completed (just to a greater of lesser extent).

I have been quite productive in a number of different ways so I have no reason to feel otherwise – but there is quite often a nagging doubt that I could have done more/achieved other things.

On a reflective note, this stems from my lack of planning and loose proposal before arriving here. It is great to have an outline or very general idea but I think a more beneficial way of working would be to have at least one quite set objective – be it complete 20 drawings or 5 paintings of x size or etc. . . I don’t imagine it has to be too restrictive but just something more structured which would be helpful certainly at the start when newly arrived.

I have been fortunate that the other artists here are keen on collaboration, and so we have planned an intervention for the “open house” to mark the end of the residency. Looking at themes of value in art, commissioning, choice and production, we will create a “walk-thru” portrait factory. Please Wait to be Seated will feature a set menu where “diners” or “consumers of art” will choose a portrait style and even method of payment (ranging from smiles and songs to telling of facts), all done in a humorous way.

We will also have our individual work on display and it should be a fantastic event to finish up the time spent on residency. 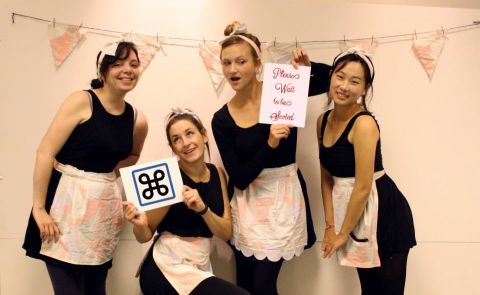 Two weeks have passed since arriving at the residency space in Iceland. www.listhus.com/

Acutely aware of time and how fast it can pass us by, I am determined to stay focused and disciplined to make the most of the stay and create good solid research material for later development.

Everybody is different but this is what works for me. I have yet to pinpoint the thing I am most interested in here but some things come to mind. The shadows that the great mountains which surround us cast constantly change and the attempt to catch these shadows in “shadow drawings” has been a part of this.

The colours here too – be it the natural shades found on the hills and sky and sea or the flat bright colours of the houses and buildings. The great contrast of rugged mountainous landscape and the small man made town with its great evidence of human occupation.

Before arriving, I was recommended to look at the artist Roni Horn – her work has been greatly influenced by her frequent stays in Iceland – I am reading her volume Weather Reports You – collections of weather reports and stories from an area in Iceland.

In most places in the world, people talk about the weather a lot of the time, if even just for short conversation. How the weather affects our lives is maybe not measurable but visible. More so in a place like this. Reports of extreme weather amaze and mystify whilst the day to day reality of living somewhere where your everyday activities either rely or are dependent on the weather can change your outlook and ultimately your life and how you live it.

Looking at an artist working with something so connected to place and experience is inspirational and opens up ideas and different ways of thinking.

I encouraged the other artists staying in the residency to take part in a presentation of their work – so that we could all gain some insight to each other’s practice. Although informally done, it’s a great exercise to follow – the more I can talk my ideas through and see others, the more I can shape my own practice and ideas.

At the end of the residency period, in just 2 weeks, we will host an open house to show what we have worked on to a wider audience. Although it seems like a short time left, it’s enough time to get some ideas down and explore them a bit more, before returning.

From June to here…

Since finishing up and graduating from university a few things have happened.

One: I had an exhibition at Gallery North, Newcastle. This was part of the Woon Foundation Painting and Sculpture Prize – I received a judges’ discretionary prize.

Three: I applied and was accepted as a key member to a new artist collective 2|1|4|1; we just had our first annual members’ show.

Four: I had got some money in a bursary before leaving university and have used this towards a residency which I applied for in Iceland – which is where I am now . . .

The difference between student life and life as a practicing artist after graduation is, needless to say, vastly different. It is clear that to have any kind of sustainable practice, it requires not just the means to do so, but the strong willpower and determination to continue doing something which is indeed rewarding but can also be daunting and equally frustrating.

The reason I applied to be part of the collective 2|1|4|1, was that the manifesto seemed to be about the things I am concerned about – the need for wider interaction with peers, possibilities to collaborate, contribute and to help with the time between graduation and a sustained and developed professional practice.

Already just being part of this wider network has opened my eyes to a number of things and I feel and hope it will be a two way thing about what I can get out of and put into the collective. We are a group of hard working focussed individuals which will be the key to the collectives’ success.

I was fortunate to find a residency with space in September which I was successful in applying to. It seems as if these kinds of things are really competitive, and not just the opportunities with funding. I am aware that is one area of my practice which needs attention. There is a special language and way of applying for these kinds of things and it is something which I need to get better at.

For now though, to Iceland. After spending a few days in Reykjavik, I have now been at the residency space for almost one week. Just getting here was something special. There was two ways to come, and I chose the quickest by flying. However, the bus to the town I am staying in took almost as long as the flight, with me the only passenger on the three times daily bus up and along the coast, through a tunnel and out into the fjord.

It is a fantastic contrast to daily life being here, without so many of the distractions of city life (internet aside), the little village settled in between huge mountains and the fjord. Being here for just one month has made me acutely aware of how short and long a time that is. The need to make the most of the experience whilst balancing just being is important to me.

However, I am disappointed that I didn´t take the time before to plan what I intended to do here, or to have an idea of outcome. On the other hand, sometimes being away and having a concentrated period of time for ones practice is enough to make planning irrelevant and perhaps unnecessary, it is something which will naturally come out of being here and working.

So far, the realities of living here and daily life have been picked up and I have already made a number of visual records both in sketchbook and camera. I have explored some of the area around by running through it, walking around and looking. For me it’s important to document to experience in a number of ways to be able to further develop the material later or back home when the residency is finished. I originally thought to just do a lot of research material but I would really like to use the time to develop some ideas I already have into something more resolved before I return. 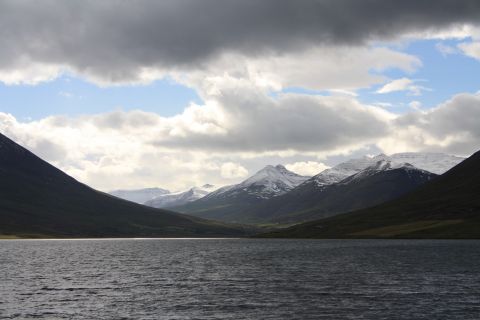