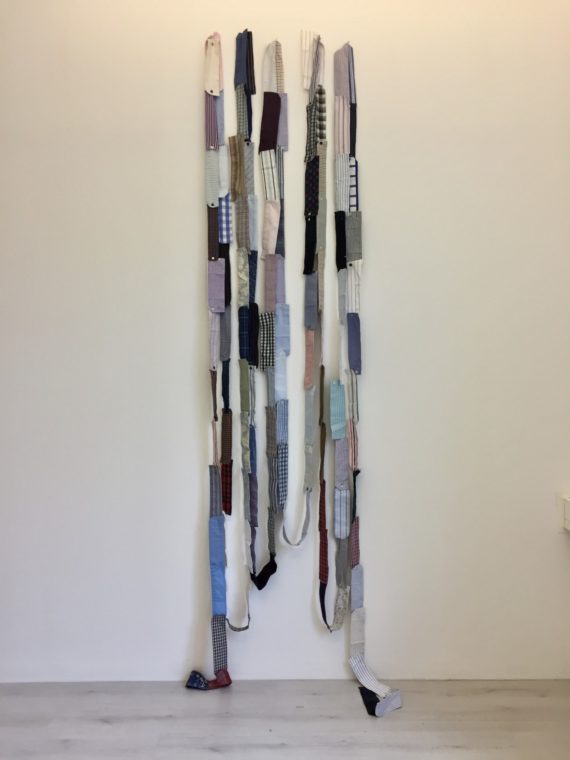 A day at the new studio* playing with some of the shirt cuffs that Elena Thomas sent to me last year (two years ago?) made real the possibilities of working differently there. The clean space, the good lighting, and the white wall that I can easily pin things to all contributed to me finishing the day feeling that maybe something was starting to happen. I had unpacked the cuffs at the old studio but had not come so long with them. What I had made in Enköping was tight and small – quite different to the large and loose ’thing’ that developed in Uppsala. Working in the high ceilinged bright light clean sparsely furnished room gave the work the opportunity to expand … gave me the opportunity to expand – site specificity? It is interesting to wonder if having a ’white cube’ studio might result in work that suits a ’white cube’ gallery. I was brought up to be at least critical of white cube galleries with their inherent commercial interests, elitist agendas, and less than ’art for all’ accessibility. Though even while studying at Dartington (87 – 90) I questioned whether the ’white cube’ was in itself the problem. I am still wrestling with this!

Looking at my playful creation in its white cube gave me the possibility to see it as an object in its own right. It was as though it demonstrated an authority – it claimed space. 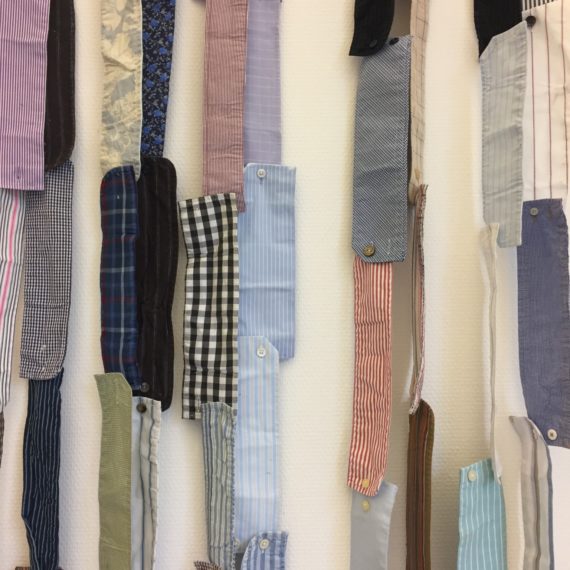 *how long can I call it the new studio? … the Uppsala Studio? Studio B? Studio UA (abbreviation of Uppsala)