Currently listening to: Reith Lectires 2013: Playing to the Gallery by Grayson Perry. Lecture 2: Beating The Bounds

The award-winning artist Grayson Perry asks whether it is really true that anything can be art. We live in an age when many contemporary artists follow the example of Marcel Duchamp, who famously declared that a urinal was a work of art. It sometimes seems that anything qualifies, from a pile of sweets on a gallery floor to an Oscar-winning actress asleep in a box. How does the ordinary art lover decide? In a lecture delivered amidst the Victorian splendour of St. George’s Hall in Liverpool, Perry analyses with characteristic wit the common tests – from commercial worth to public popularity to aesthetic value. He admits the inadequacies of such yardsticks, especially when applied to much conceptual and performance art. And he concludes that in his opinion, the quality most valued in the art world is seriousness.

In the second in Grayson Perry’s Reith Lectures for Radio4, he provides some interesting ‘boundary guides’ for establishing if something is art or not.

Perry mentions Manzoni’s Artist’s Shit (1961) as a boundary in what has been made/considered art: “And since the Sixties, really truly anything has gone. I mean Piero Manzoni in 61 famously canned his own faeces and sold them for the weight, equivalent weight of gold. […] And since then artists have used their bodies, other people’s bodies, they’ve walked, they’ve slept, they’ve got shot, they’ve got sunburnt, they’ve used the landscape, they’ve done light, they’ve got film, video, computer code, doing nothing. Even pottery has been declared art. So art has become this incredibly baggy idea.

Continuing on the bag theme…

“If you think … When I think of the sort of bag that art might be, it’s one of those very cheap dustbin liners you know the ones that when you drag it out the dustbin and you’re walking towards the front door, you’re praying that all the rubbish won’t spill out all over the whole carpet. That’s what kind of art is. It’s become this incredibly sort of permeable, translucent, fuzzy bag.”

“Right the next test I have here, the next boundary post on our trawl around the boundary, is the rubbish dump test. Now this is one of my tutors at college. He had this one. He said, “If you want to test a work of art,” he said, “Throw it onto a rubbish dump. And if people walking by notice that it’s there and say “Oh what’s that artwork doing on that rubbish dump”, it’s passed. But of course many good artworks would fail that because the rubbish dump itself might be the artwork. Jean Tinguely in 1960 made a piece called Homage to New York, which was this big metal mechanical sculpture that self-destructed itself into a load of scrap. And many artists have used destruction. So that’s not a particularly reliable test, the rubbish dump test, but I do like it.”

Interestingly Perry associates destructive tendencies in art practice to the (re)presention of rubbish as art. 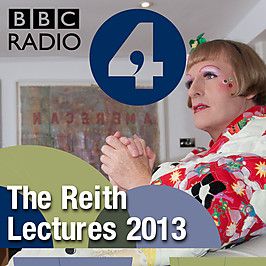 Organiser Josh Lepawsky: “In August 2013 the Canadian Association of Geographer’s held its annual meeting in St. John’s, Newfoundland. Hosted by the Department of Geography at Memorial University, the conference provided an opportunity for me to organize a special session on waste broadly conceived. I called the session Waste and Indeterminacy in part because I was intrigued by some excellent work by Myra Hird on how we can know waste given the indeterminacy associated with it.”

Participants’ full abstracts and selected videos including mine feature on the site: http://scalar.usc.edu/works/reassembling-rubbish/w…

Liboiron analyses the crossovers in Discard Studies and STS: “Not only do many of the premises and modes of inquiry between discard studies and science and technology studies map onto one another, but what is most promising in STS, and in discard studies, is how we can use our theory to inform intervention.”

Usefully, a list of references frames the defining of Waste:

“Waste and pollution are part of complex systems that “make” waste, whose elements include:

* social relations (ie. Reno, Joshua. (2009). “Your Trash is Someone’s Treasure: The Politics of Value at a Michigan Landfill.”)

* and their historical legacies (ie. Goldstein, J. (2013). “Terra Economica: Waste and the Production of Enclosed Nature.”)

Thanks Max! Plenty more reading material for those long train and plane journeys ahead :)

Tom Heap discovers landfill mining: finding value in what’s been thrown away. He visits Belgium to meet the first prospectors digging for treasure in trash.

For years rubbish has been thrown away and sent to landfill sites, but now there are moves to look at what’s been discarded as a resource.

Metals, plastics, ceramics and minerals are all buried under ground. As waste in landfill decomposes it emits gases. All are rich pickings and valuable to those looking to recycle and reuse the waste we’ve thrown away as scientists and engineers look to close the circle of waste.

In this 30 minute episode of the Radio4 programme which looks at the human affect on the planet, Tom Heap meets Yves Tielemans – the Belgian project manager of a revolutionary landfill mining project.

An estimated 60 million tonnes of waste in landfill is about to begin to be mined and useful materials salvaged.

Although some exhumed paper is barely degraded, most of what is dug up is a black clay like substance. 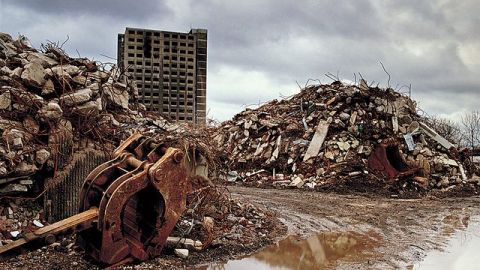 In this chapter (p.222) of Part Object Part Sculpture, Fer highlights a couple of key artists working with her notion of sculpture as leftover: Gabriel Orozco, Eva Hesse and Piero Manzoni.

She mainly discusses Orozco quoting him on his Working Tables (1996) and Various Models (1992-5): “Some pieces are more like finished sculptures, like the socks or the heart, and some of them are like models, like the car, the small DS or the little Yielding Stone which is the first one I ever Made. Then some of them are totally ready-made like the box of soap or the shoebox. Some of them are failed sculptures, models that didn’t work out but have interesting possibilities for the future, like nice leftovers.” – Gabriel Orozco interviewed by Benjamin Buchloch in the Clinton is Innocent exhibition catalogue, Paris, 1998, p.127

Fer denotes (p.224): “This constellation of terms is curious: failed sculptures, models, nice leftovers. They all refer to things you might throw out, but to Orozco they seem to be more interesting than some of the things you might keep. They are not quite waste products. They are kept on “standby,” as Orozco has put it, for future use.* They are left on hold rather than completely abandoned.

*Orozco in conversation with the author, Paris, November 2004

Furthermore on Orozco’s term: (p.225) “The ‘nice leftovers’ are the things you put aside but don’t jettison completely.”

Fer cites Benjamin’s notion of collections: “Orozco’s economy of leftovers differs from an economy of collecting […] However bizarre collections of objects might be, the drive is “to overcome the wholly irrational character of the objects’ mere presence at hand” through integrating it into a classifiable system as a form of practical memory.” Walter Benjamin – The Arcade Project. Cambridge, Massachusetts, 1999, p.211. (p.231)

On Hesse’s Untitled (1968), Fer cites Annette Michelson’s description; ‘part object to art object and describes; “They are both working parts and leftovers of other works, like relics without aura.”

Fer compares (p.227); “The turnover of objects [Orozco and Hesse] is reminiscent of what Karl Marx called the “perpetuum mobile of circulation”.

Fer goes on to define leftovers: “A leftover is a piece of something that has been remaindered – a part of something that has become detached and is now surplus to requirements or redundant. It is the flipside to the new commodity (the box for the shoes, but no shoes). Leftovers have history. The rise of the commodity has always gone hand in hand in the modernist imagination with the ragpickers picking over the debris of the city. As a cornucopia of the obsolete, the flea markets of Paris had fuelled the dreams of the Surrealists. The discarded could be generative and celebrated. Robert Morris’s roomful of detritus could hail antiform and process art”. (p.224)

“Leftovers come to stand not for what once has been but what will be. They suggest forever fluctuating possibilities […] Focussing attention on the leftover puts into question the value of what we choose to keep.” (p.228)

“Leftovers are part objects in time rather than in space. Leftovers suggest fractured rather than continuous time.” (p.231) 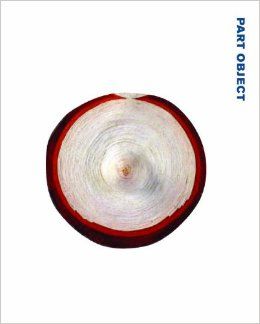