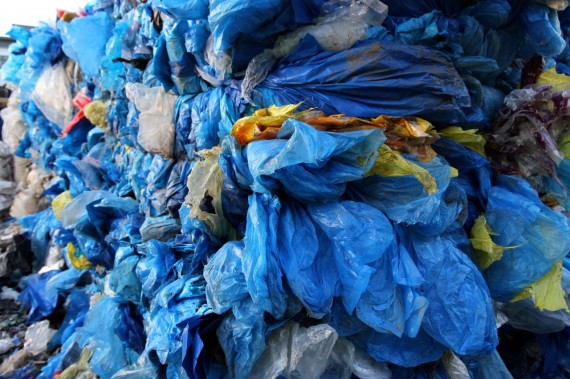 On Thursday 11th September I visited two environments married to the same material yet radically different in scale. The Cooper-Recifavela, Cooperative de Catadores de Materiais Reciclãveis do Favela Vila Prudente de São Paulo, emerged from a union of residents in 1996 from the Vila Prudente & Paraguay Communities who chose to work collecting and selling recyclables. They are waste-pickers:

‘A waste picker is a person who salvages reusable or recyclable materials thrown away by others to sell or for personal consumption. There are millions of waste pickers worldwide, predominantly in developing countries, but increasingly in post-industrial countries as well.

In many cities, they provide the only solid waste collection service.’

To find out more about the global network: http://globalrec.org

The cooperative began with 50 families under the bridges of Gran São Paulo and Fransico Mesquito. Training & support has enabled them to grow and evolve over the years and today they receive 5 tons of dry waste each day. The cooperative has 30 members of which roughly 90% are women who support their families with the income they receive.

The visit was organised by the International Solid Waste Association, and whilst CEO’s and MD’s of multinational corporations were present and active at the World Congress over the past few days, so were ‘some’ of the waste pickers. In person and via presentations, talks and informal conversations over coffee.

This is important nee vital. The reason being because we are all inextricably linked to the crap we leave behind. To the supply chain of consumption and rejection, ingestion and defecation. As we are present so is it. It doesn’t vanish, disappear or rot away and so someone, somebody, some process has to receive it, whether hand held or mechanised.  The business of dealing with ‘it’ can be dirty and incredibly dangerous as well as highly profitable and cutting edge. And never more starkly can economies of scale be clearly seen than when considering its ‘presence’. (See Royal Mail bag within the waste cooperatives piles)

In the afternoon the delegates returned to their seats on the Technical Tour coaches, departing to three different destinations and away from the realities we had ‘consumed’ in the morning. I was visiting Centro de Tratamento e  Tratamento e Valorização Ambiental de Caieiras, located North West of the Metropolitan Region of São Paulo, it is the largest waste treatment and recovery plant in Latin America, with an area of 3.5 million metres squared.

Nothing could have prepared me for the scale of the enterprise I witnessed, in fact the closest ‘memory’ I had for the physical movement of bodies towards the glass of the coach window, as we turned the corner and viewed the landfill section for the first time, was the movie Jurassic Park. There were audible gasps of amazement (and probably abhorrence on the part of some) and cameras crowded the view in the clammer to ‘capture’ the scale of the operation that surrounded us.

To place this in context:

– When ‘full’ the site will reach a total capacity of 80 million tons.

All the while birds of prey circled majestically over head…over rubbish…& over the megalopolis.

“…cities are like badger holes, ringed with trash – all of them – surrounded by piles of wrecked and rusting automobiles, and almost smothered in rubbish. Everything we use comes in boxes, cartons, bins, the so-called packaging we love so much. The mountain of things we throw away are much greater than the things we use.”

John Steinbeck, Travels with Charley: In Search of America