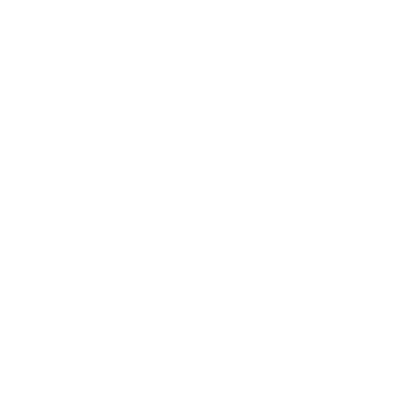 scary – worked all day at derby museum and it’s been so good i’m blogging before i’ve eaten.  i’ve lead a gif and meme session.  put into the public programming after the artist rooms tate bursary pilot programme associated with the richard long exhibition we explored making gifs and memes, alongside some analog versions for younger visitors.  its’s been an awesome day. 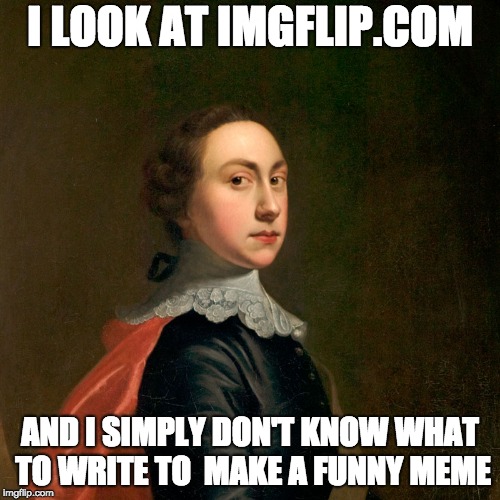 we used the work of joseph wright as basis for our memes.

in the summer i saw that when having a digital session there were visitors to the museum who come along because there is something to do.  today i used what i learnt in the summer to ensure we could cater for all ages and abilities and those families wanting to make something at the museum.  i’ve run a digital session that i had no one turn away from because there wasn’t something for them.

i’m currently the driver of the mobile museum – by driver i mean literally the person behind the steering wheel.  a few weeks ago i had an initial introduction to it in goole.  last week we again visited it to move it to manchester.  it looked magnificent in the autumn sun.  i rather like this manipulated image of it : 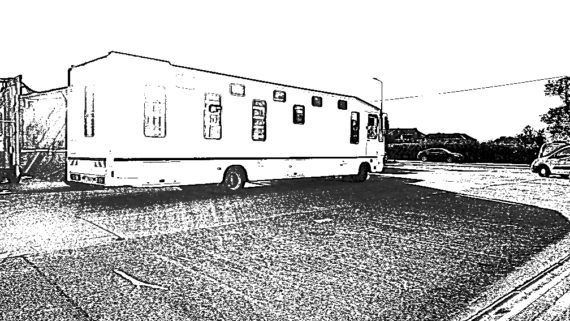 from goole we drove to manchester and met road works,  rush hour and football traffic.  i was getting to know the vehicle well.

24 design of manchester have been looking after the transformation work on the mobile museum.  through a process of human centred design the museum and 24 design have facilitated ideation and prototyping workshops.  while in manchester what was an old mobile library was re-energised into the makory – the silk mill museum on the road.

the makory will visit schools and communities in derby and derbyshire, the project is in partnership with the derwent valley mills and funded through the hlf great places project.  there are so many partners and stakeholders that listing them all and in the right order is a bit of a task so apologies if i haven’t entirely nailed it right now.

at the end of the week was to be the derby mini maker faire and this was to be the makory’s initial outing.  through circumstances out of our control we had delivered the vehicle later than planned so we were going to have to take the vehicle with not everything inside fully commissioned.

i’d not driven the vehicle at night so decided to play it safe and go the motorway route to derby.  this all changed friday lunchtime when we saw how the m6 was blocked due to a huge accident near knutsford.

reverting back to plan a that was once plan b that once was a and became b – we drove from manchester to the derby via the a6 in the dark. awesome journey with my personel highlight of highlights being coming out of buxton up the hill to see a low moon behind some tress.  the moon was so low it looked huge.  it was an emotional moment !

the following morning we were in derby : 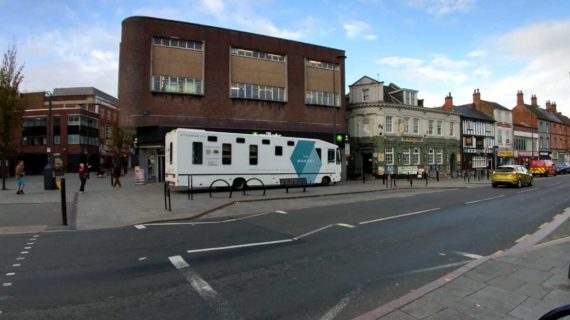 i can’t start to explain the feeling of achievement i have for both getting the makory to the maker faire and back and the digital session at the museum today.

what i can explain is my rumbling stomach.

with a massive smile on my face i close this post out and tootle off to the kitchen to make some dinner before the low blood sugar becomes scary !