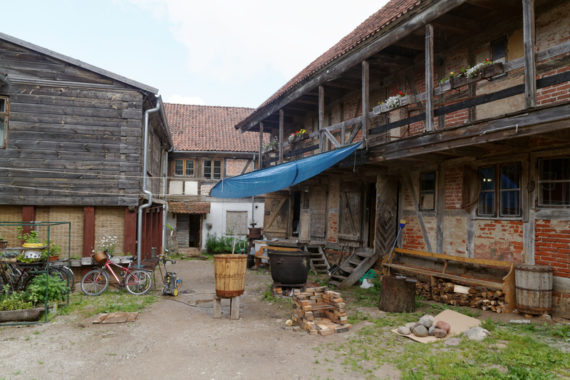 As part of my interest in the subject of The Cold War legacy and research for a 2 week residency in September, I attended two events during the Glasgow International Festival in April this year (2018). The first event was BRUT Europe and was held at the Glasgow School of Art.

Organised by Artist Marija Nemčenko, the Lithuanian Cultural Institute and the European Commission in the UK BRUT Europe, a day of talks, screenings and workshops exploring the phenomenon of European Modernist architecture in contemporary cities.

The event concluded with a screening of Chris Leslie’s award winning film Disappearing Glasgow. The event offered a fascinating glimpse into the legacy of Modernist architecture throughout Europe.

Amie Siegel’s ‘DDR/DDR’ (2008) feature length film was screened by Transit Arts at the Goethe Institute, Glasgow. The film excavates the surveillance technologies, architectures, and psychological aftermaths of the Deutsche Demokratische Republik (1949–1990). The film interweaves contemporary interview footage and cinematic tableaus that glide through the stark interior and exterior landscapes of Modernist East Germany with archival visual samples gleaned from disguised micro-cameras, indexing the espionage culture of their production. Siegel’s deeply associative technique traces the physical and psychic residues of a regime marked by its extensive state-sanctioned surveillance industry whilst undertaking another, self-reflexive inspection of the documentary form, its implicit surveillance, and performances of authority and objectivity.

The screening was preceded by an introduction from Professor Laura Bradley, Chair of German and Theatre at the University of Edinburgh and a specialist in the cultural legacy of the GDR.