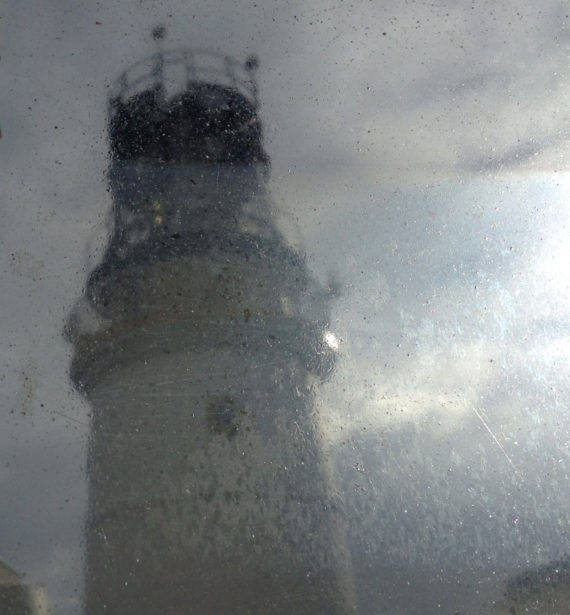 Mainly I am thinking – what on earth to write in this blog today?  A band of rain is passing westwards at the moment, and I really do not fancy going out, not even to draw in the Foul Weather Sketchbook. Walking in the rain, in this wind, is perhaps not like walking though a hail of bullets but it is like standing under a power shower. Nasty.  So I sit in my usual place, looking out of the window – as usual.

Between squalls of rain, two men in high-viz jackets are inspecting the road to the lighthouse. Periodically one bends down and touches the tarmac.  Sprays it, I think, with those cabalistic signs so beloved of Utility companies.  Are they inspecting the surface for flaws?  Planning more speedbumps? (Current Shetland moan:  the council is installing speed bumps, or anti-speed bumps I suppose, in Lerwick, and everyone is up in arms about the disturbance.)  But I know what’s on the road at Sumburgh Head – I’ve seen it:  tar crazed with a crackle of lines, and the occasional inclusion. 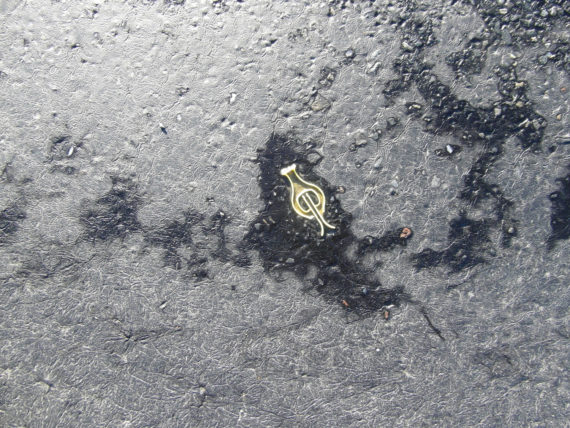 There are some odd things around, once you start to look.  Just by the imprisoned clothes peg (see above) there is a carefully placed pile of stones.  Someone has carefully arranged a large stone with two eyeholes on top of a larger stone with “shoulders”.  It looks a bit like Darth Vader, but try to photograph it, the light changes and the effect is lost.

Then there was the iguana on the beach, which was actually only a pile of washed-up kelp covered in sand.  Well, I thought it looked quite like an iguana.  A bit like an iguana. 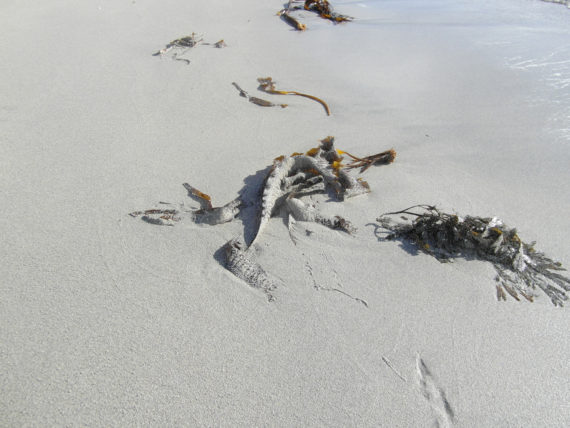 And here are today’s mystery objects, as seen originally on Google Earth (one of them, anyway):

No – me neither.  So I asked, and they are the original waste disposal chutes, one on the north-west side of the site and one on the south-east, to take advantage of wherever the wind isn’t.  Two hundred years-worth of unspeakable gunk has left a track of black soil down the cliff.  Latterly, the gunk included waste from the chemical toilets.  Enough said.

The oddest things I have encountered so far are coils of birch bark lying discarded in corners.  There are no birch trees here – there are no trees at all that I can see.  (Further north, there are a few trees in a few gardens, and even some plantations.)  Apparently the bark washes up on the beaches – all the way from the east coast of America.  The locals call the coils “Loki’s candles”, and burn them for firelighters and fuel.  I shall try this, outside, once the wind has died down a bit. 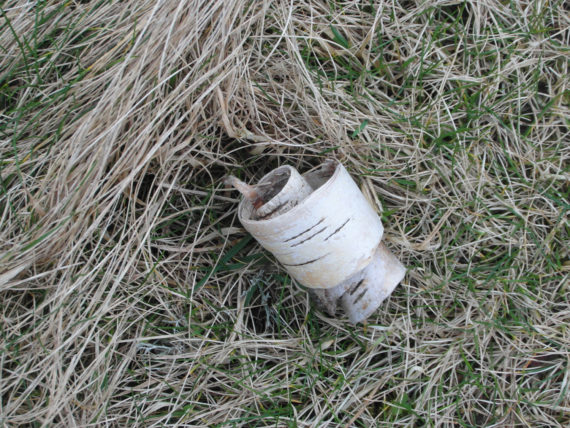