It was a bright day and we took ourselves to the Sheep Dog Trials at Skeld. Our friend Rob from Yell who entering his dog, had given us directions, “drive to Skeld and look for a bunch of pickups in a field!”. Sure enough we drove into Skeld and right by the village hall was a field of pickups and small groups of (mostly) men standing around with their dogs waiting to be called onto the field,  watching and discussing the action.

This is the first time I’ve ever seen/heard a sheep dog trial in the flesh (I remember watching sheep dog trials on TV as a teenager) and it was a fascinating and delightful social event. I captured the trials from a number of different perspectives and the clip below is from relatively close-up – the combination of voice commands and whistling is both hypnotic and startling. You’ll hear what I mean.

After this, we drove to Culswick to carry on with our crowd-funding film. We parked up by a couple of houses, in a tranquil spot at the end a long dirt track, that opened out onto a beautiful bay. We spent a while here, picking flowers and recording the sounds of the small valley that leads to the sea. 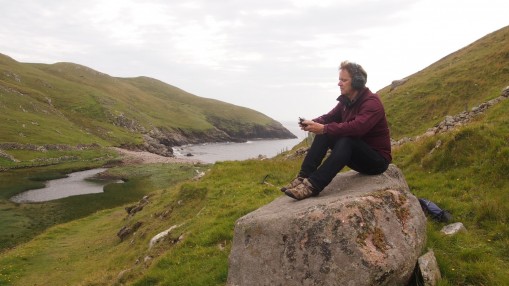 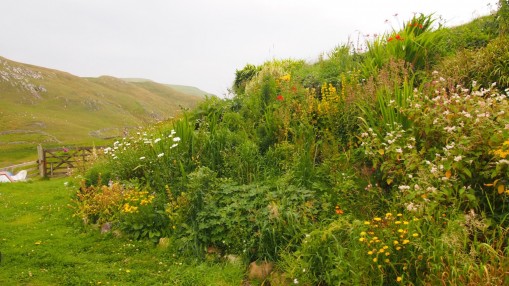