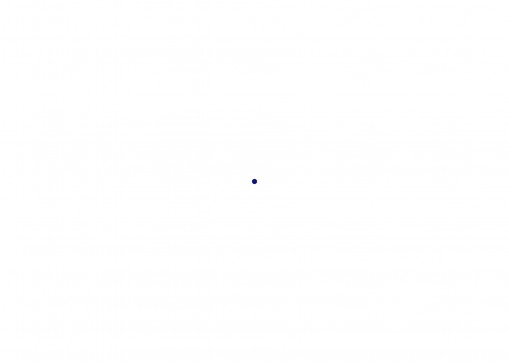 Skull-pain so severe I’m ready to disembody. The world shrunk to an airless site of sensation, an outcrop at the side of my head. The labour of breathing carries on.

A relief when pain moves after a day or two, first to my feet (a weight dropped from a great height although I am supine), and starts its journey – right hand left forearm forehead root of left middle-finger right forearm right side of skull ear right palm lower left calf right thigh left kneecap… That I can trace trajectories is a sign of moderate recuperation – when my skull hurt so relentlessly there was no-other-thing. I write the memory of pain while its shadows persist in me, flare-ups of tapering intensity which allow breathing space, here and there. And there.

How does one speak pain? What of its experience – so personal, interior, changeable, can be conveyed? I think of ‘my’ pain as an ‘it’, an (incorporated) entity, manifesting in different places, a noxious parcel sent by my nervous system, exuding&consuming gradations of calamity. Its energy shines a brazen light on discrete chunks of me – body parts are lit up (a pornography of pain?) and brought into focus in proportion to how they are affected, crystal-clear (and at the same time distorted) when pain surges; with softening edges as sensation calms.

Pain does not discriminate, or not much – there are few parts of me which remain untouched over time. If I painted each afflicted spot blue how long would it take to cover all skin? I often think that I would like to do that, have a certain hue in mind, slightly darker than Klein’s blue (I would sign myself!) and lie imagining that I apply paint to skin, but as pain’s conjoined twin is fatigue I never get around to it. Limbs don’t comply. When I’m not hurting anymore the impulse wanes.

I have no wounds to show, or bruises, no discolourations, no scars. Pain is invisible (although it may be read from face&posture, inferred from voice or lack thereof). It shapeshifts, sometimes at lightning speed. The brain wants to name and master, at least after the fact, but all it finds are hollow incantations: undersize iron-cap, knife in head, poison-poultice; outgrowth, ingrowth; piercing, pounding, burning, icing over, pulsing, shredding, penetrating, protruding, tearing, flaring, stabbing, drilling, grinding; a fist, a folly, a furrow – where they don’t belong.

As I resurface I try to think myself out of this realm of concentrated woe. With a hand that feels bare-boned I write notes, proof to myself that I do more than exist. In a strange way I come from nature to nurture, from all-body to culture, draw myself up up up, first to what I remember.

My pain often locks me in a crackling second skin, a shrinking suit of armour, a layer of hardening bark, and as I arise I recall something I read aeons ago, about a character in Ovid’s Metamorphoses, most likely a nymph, turned into a tree for some transgression or as a protective act. I’ve always wondered, in fairy-tales too, what remains of a self in and after transformation, even and esp. when the spell is broken. What do you carry of, say, ravenness, once you have been magicked back into human form? I’m shortchanged by the fact that those tales finish at that point, as if the ensuing wedding to some prince or princess released the character from everything that was before. Oh, and to transgress further (I’m becoming myself!) my favourite fairy-tale figure is the seventh brother, or is it the sixth, the youngest and surely most cherished, who, because his loving&beloved little sister couldn’t finish work on the saving grace of his shirt, literally embodies his past. The shirt had one sleeve only, and left her brother with an arm and a jet-black wing. Just beautiful. If only I could meet him – I see connections. No denying of history there! And such stories to tell… (Note to Ovid: When in the throes of ‘that’ skull-pain, when everything is arrested, being turned into a rivulet might save me. Temporarily only. Pretty please!)

I can’t begin to do justice to the intense and severe nowness of pain. It’s so utterly utter, so otherly other. Time moves again when that outcrop at the side of my skull falls and drifts off like a piece of iceberg in the Arctic sea. I may wish that time moved faster when the sensation is at its most extreme&obliterating, hope (and thankfully know from experience) that it will pass, though never soon enough; and when I finally move through and out I wish once more to slow time, to catch up, to un-lose those days, to create.