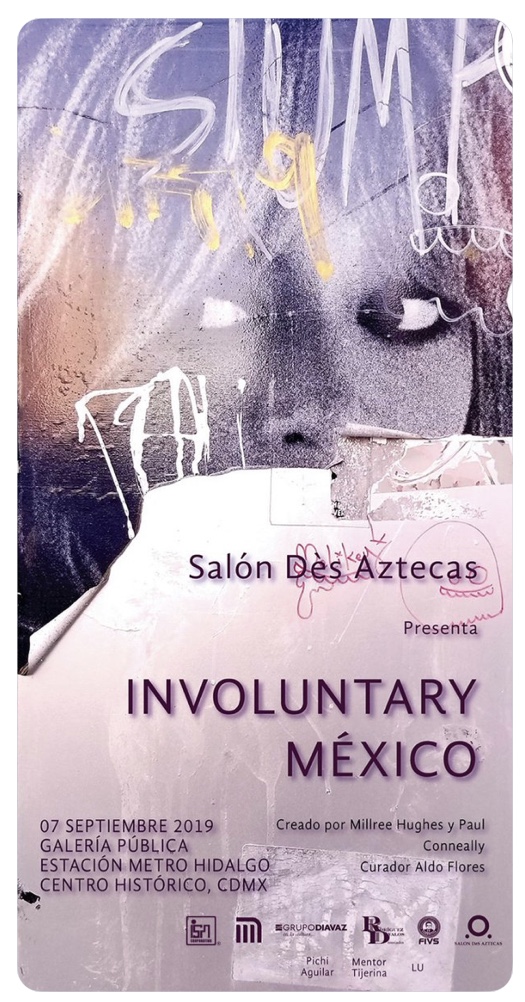 Involuntary Mexico is part of the activities with which the Collective Transportation System Metro of Mexico City, celebrates its 50 years.

The subway that encompasses 18 thousand square meters between the Línea 2 and its correspondence with Línea 3, will become the largest public gallery of the world, where will be unfolded about one thousand photos by 500 artists of over 50 nations from different cities of the Americas, Asia, Africa, and Europe.

In the 9 entrances, the intermediate floors, the tunnels, and the boarding lanes of Metro one can see and listen to the works making up Involuntary, a trending artistic movement created by the British Millree Hughes (digital artist) and Paul Conneally (poet interested in the forms of verse of haiku), and applied in Mexico, thanks to the suggestions of the Salón dès Aztecas, led by the Mexican Aldo Flores (artist and curator).

Involuntary is an artistic movement where the concept of art in painting, sculpture, and music, is created in a natural and spontaneous manner through the glance/observation of the creators of the streets, cities, among others, turning the world into fragments of involuntary art as an enormous urban gallery with a fresh approach in a global level.