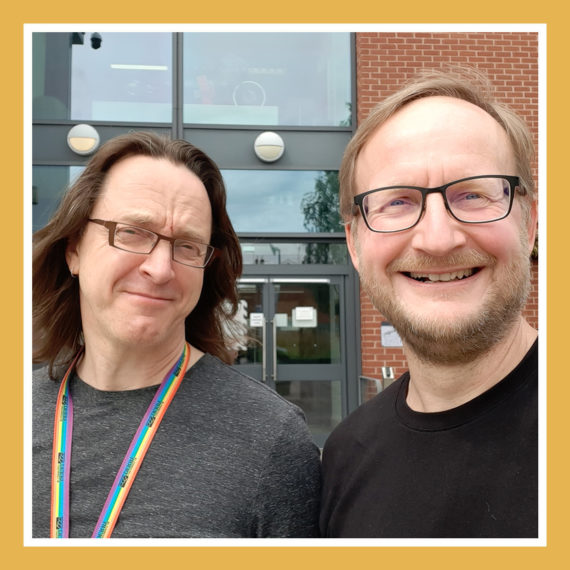 Philip Harris is researcher, image maker and senior lecturer at the University of Derby. He has a love of old, analogue technology which I originally mistook for a sense of nostalgia. However, Phil describes his approach to his work in a very different light, thinking instead in terms of the political, economic and social dynamics that play out through his choice of old tech. In fact, Phil is wary of falling into any form of nostalgia trap.

Our conversation took place in the open campus of the University of Derby, and I was struck by Phil’s passion both for his work and his vocation as a teacher. Phil describes the thinking behind ‘River-Film’, an immersive installation featuring a dozen or so cine projectors screeching and whirring as the film loops like an old mill loom, and I was so intrigued that I subsequently went along to see it in situ at Cromford Mill in Derbyshire. It did not disappoint and indeed was one of the best shows that I have seen for a long time.

Phil also tells me about his lockdown projection of a massive moving image of Boris Johnson on the outside wall of his house, and how his neighbours reacted to this impromptu screening.

I came away from this conversation with plenty of food for thought. Thanks Phil!

You can listen to this episode here: https://soundcloud.com/robertgood_art/philip-harris

This is the last episode in the current series, and so the last epsiode of this blog. I hope you have enjoyed them and I would love your thoughts, comments and  feedback via any of the usual channels. 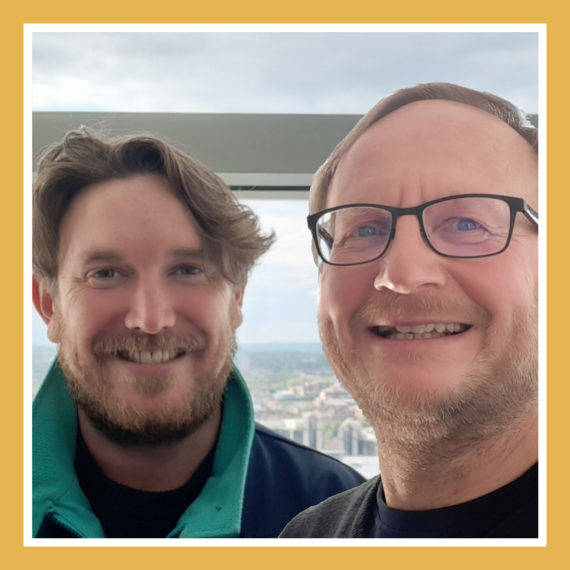 MOOGZ is an ethical hacker who specialises in (legitimate and pre-authorised) attacks on nuclear installations and government facilities. He is also a sound artist who uses the sounds of the internet and everyday life to create sonic landscapes.

Our conversation took place in a magnificent apartment on the 33rd floor in Canary Wharf, London, where MOOGZ works and is also setting up a new creative space ‘Above the Clouds’ to host new tech, creative and augmented reality work.

I must admit that I particularly wanted to catch up with MOOGZ to find out more about the dark underbelly of the internet, and to see what might be really going on in the world of cybercrime and cyberintelligence, but I was also very taken by his sonic work [Malignancy], recorded over the course of 12 years as his mother Angela underwent radiotherapy, and so I want to find out more about how (and why) he chose to make recordings of such a personal and difficult journey.

This was one of the most singular of my podcast conversations, as I tried to get my head round the cops-and-robbers dynamic of hacking. Was MOOGZ really a good guy? Was he hacking me even as we were talking? I realised that I would never know. But a throw-away comment about a video made by Boston Dynamics has stayed with me ever since.

MOOGZ had literally just moved in when I visited, and there was no furniture to baffle the sound, so the recording has an echo-ey, slightly machine-like quality to it, which is perhaps fitting for the subject of our conversation.

You can listen to this episode here: https://soundcloud.com/robertgood_art/moogz

Robert Good is an artist based in Cambridge UK who works with text to explore the problems of knowledge and the limitations of language. His work critiques the systems and structures of both analogue and digital landscapes, using both books and bytes as source material. www.robertgood.co.uk