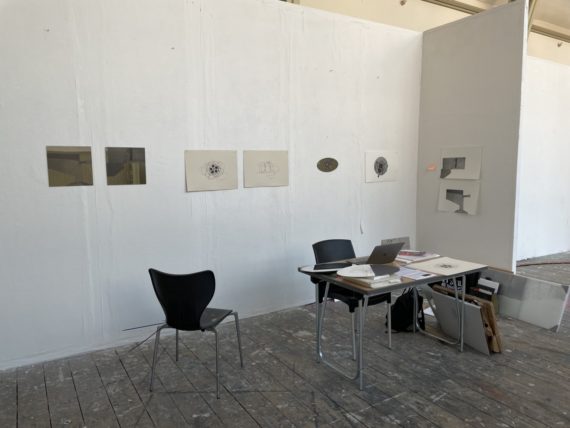 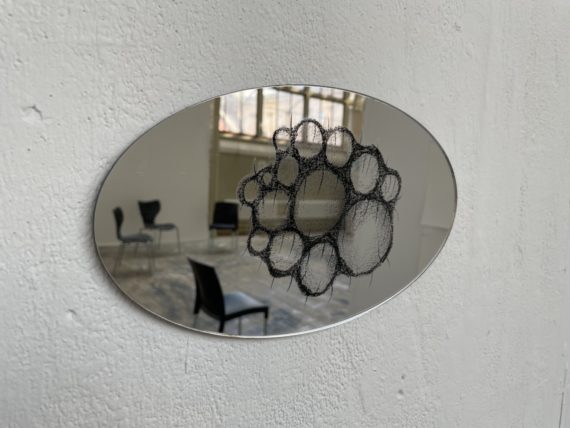 I used the laser cutter to cut a piece of mirrored acrylic to an oval. I wanted the oval shape to resemble our field of vision, that is the made up of central and peripheral vision. It’s a gateway between the inner and outer dimensions that acts as a psychological orifice. In philosophy, the phenomenon is coined by Charles Sanders Peirce as the phaneron. It’s the real world filtered by sensory input. 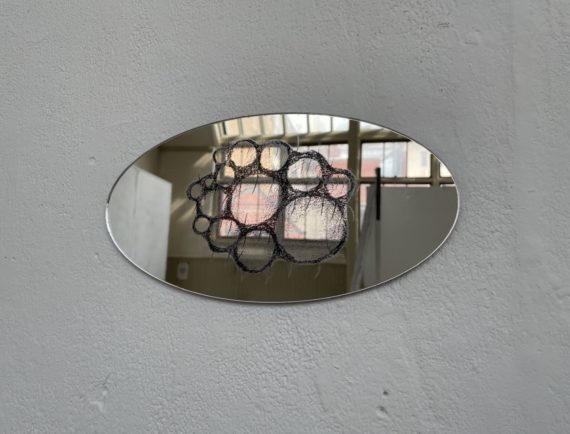 The image is etched on with laser on the underside, which I painted with black acrylic. Even thought the technique is quicker and is less fragile than screen print, I still prefer screen print because I enjoy being part of the manual process to making work.

Peeling off the film in front of the mirror while Clusters II was on the wall was an interesting experience (which I regret not documenting), because the film resembled skin, and peeling off that skin that revealed the image of circles with hair growing out was highlighting the abject.

The Mirror and Surrealism

Mirrors is an important material in surrealism, because it distorts reality and moulds it to a reality that doesn’t exist. It acts as an illusion of that reality. It could be seen as something uncanny because the reflected space mimics the surroundings, but at the same time is sealed and untouched behind glass. 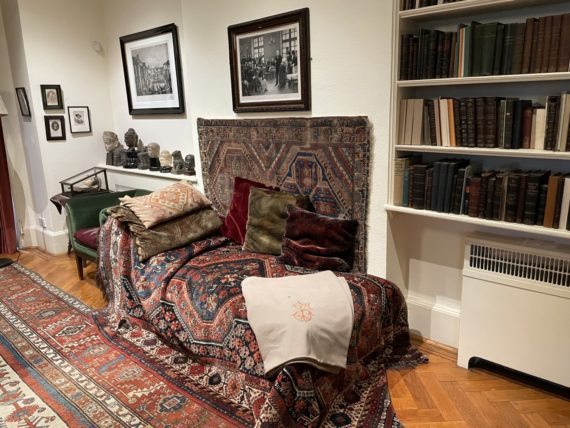 The museum was Freud’s final home. His study room was famous for his psychoanalytic couch, and I found out he died in the same room. The rooms upstairs were an exhibition space, currently exhibiting 1920/2020: Freud and Pandemic. It was a comparison between the Spanish Flu pandemic in 1920 and Covid in 2020. There were a few artworks in the room reflecting on the first lockdown. 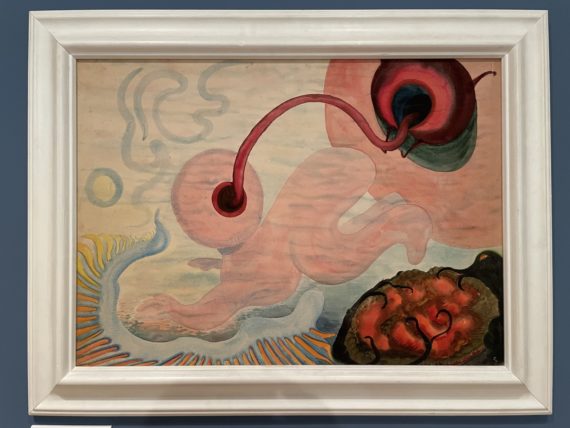 This was a retrospective exhibition looking at the influences of women artists in the 1930s influenced surrealism. I was most drawn to Grace Pailthorpe’s Sea Urchin / The Escaped Prisoner (1938), because the painting was an attempt to explore her latent memories of birth and even life in the womb. I was interested by this piece because it’s not the usual inspiration of something in the external objects, referenced in the other artworks of the exhibition. 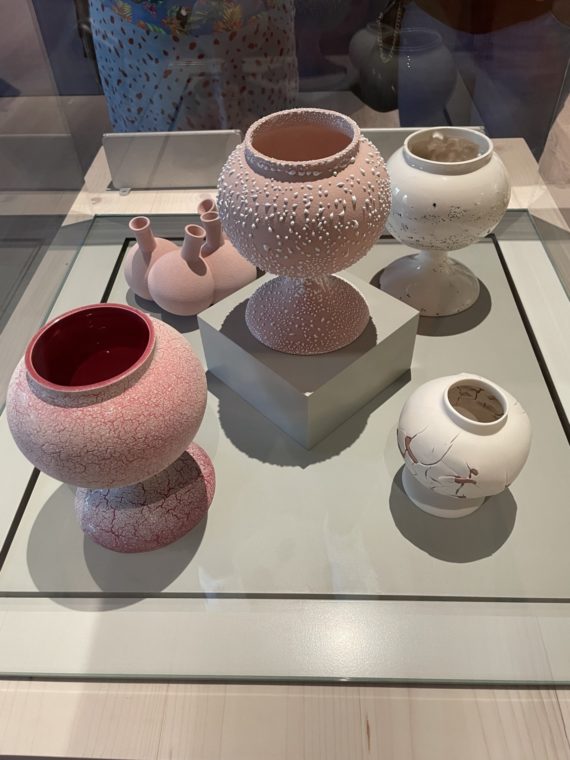 I visit this place on Euston Road often because it’s the combination of art, science and medicine. I’m interested in these themes as I have studied human biology before for a year. The vases in the permanent collection was interesting to me because the characteristics of the vases represented different health conditions and diseases. We may inherit family vases the same as how we inherit these ‘medical heirlooms’.

How the above relate to my work

My work draws from the domains of psychology, psychoanalysis and the human body because I’m handing in an annotated dream diary in my submission, as well as focusing my work on orifices. There’s a video by Vsauce on youtube about the human body and holes. In the next few weeks I need to work out how these would fit coherently together by testing through making. 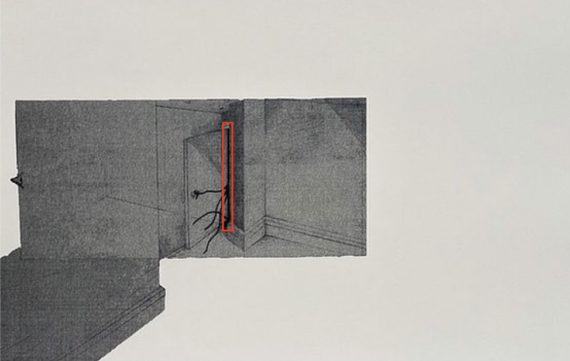 I’ve identified potential themes in my work to do with openings, and like what Mona said in the tutorial a fortnight ago – the work is related to orifices. 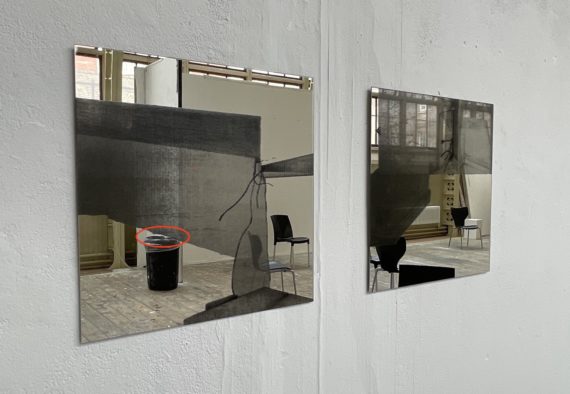 I’m looking forward to this week as I have laser cutting at the School of Art tomorrow. I’m going to the Freud museum later in the week, and the Whitechapel gallery mainly to see the exhibition, Phantoms of the Surreal – which examines the pivotal role of women artists within Surrealism in the 1930s.