I am absolutely delighted to have been awarded one of the 2019 A.N artist bursaries to explore the potential of combining traditional drawing and printmaking with digital navigation technologies and sound. Building on my existing fine art practice and research with mapping technologies I will work with sound poet and composer – Ralph Hoyte and coder/audio engineer – Phil Phelps, creators of Statsymph – http://satsymph.co.uk/home-2/more-on-satsymph to develop a new installation using their expertise in geo located soundscapes and immersive applications and my hand drawn images. 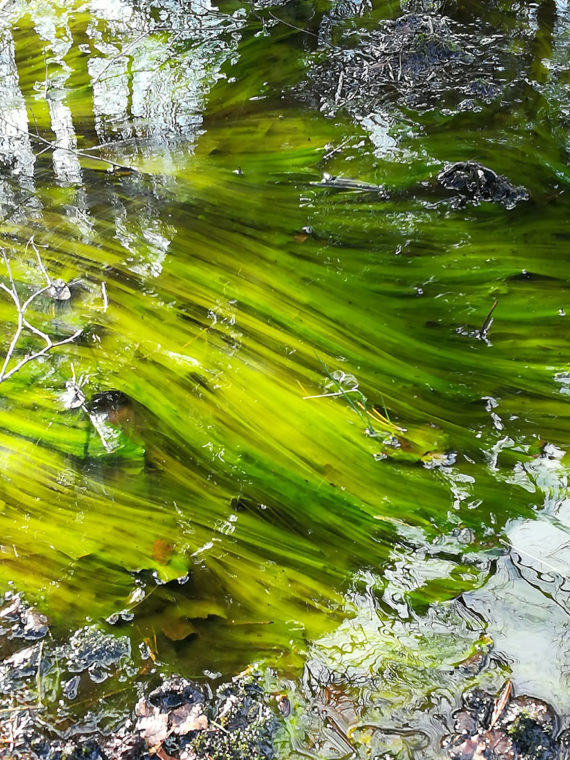 Erygmascope is a new collaboration between Tracy Hill, artist, Ralph Hoyte, poet and writer, and Phill Phelps, musician, coder and audio-engineer.  Commissioned by Lancashire Wildlife Trust, Carbon Landscape and City of Trees this project is an artist response to the covid-19 pandemic and restrictions on visiting our wetland landscapes.

The title is taken from the name of a late 19th-century piece of apparatus designed for the examination of the strata of earth. The curiosity of looking beyond the surface and providing a view unseen has grown out of on-going discussions between the artists (Hill, Hoyte, Phelps) over the last two years whilst working on Stratum. Erygmascope offers a 15sec-long weekly snapshot of Hill, Hoyte and Phelps considered sonic and visual responses to ‘landscape’, and especially to liminal wetland environments.

see all snapshots at:

Following the successful testing of the mock up panel on my last visit to Bristol I contacted Lancashire Wildlife Trust (LWT) with a view to organising a potential venue to test a working panel. I have worked with them in the past and have been involved with their Carbon Landscape project.

In December I met with several members of the Carbon Landscape, LWT and City of Trees.

Discussions centred on the project and how an interactive artwork could benefit their agendas for community interaction and dissemination of their work within the community.

Following agreement with A.N bursary team I arranged further meetings with LWT using the remaining bursary money to bring Ralph and Phill (project partners) to Wigan/Manchester. This was important to ensure that the project realised it full potential with the links and partnerships in place to continue the project development.

A research trip to one of LWT wetland locations in Wigan allowed for important conversations between all project parties as well as the collection of some site testing for audio and sound collection.

Gallery ready test panels have been created using all the developments from our time working together. These will be wired with the light sensors and audio creations by Ralph and Phill. The panels will then respond to light movement triggered through the use of small LED torches enabling the viewer to ‘Paint Sound with Light’.

The test panels will be housed in the LWT visitors centre in Risley Moss Warrington and used to begin conversations with communities based around the Manchester mossland locations. These conversations will then inform and define a new commissioned project that Stratum has secured. The commission will allow me to further explore and develop the historical, cultural and social connections of these landscapes using interactive technologies within my artworks.

I will continue to document the final installation of the test panels and results of the project on this blog.  This bursary has provided a unique opportunity, bringing three practitioners together and providing the dedicated research time necessary  to produce a meaningful collaboration. It has  enabled the development of this trans-disciplinary project to exceed its original objectives,  leading to new working methods for each of us.

Testing continues for the light sensitive panel. Painting sound with light is taking on a new life of its own and our practices are finding new paths.

As part of the bursary funded project I embarked on another two day research trip to Bristol to work with Ralph Hoyte and Phil Phelps to continue working on Stratum, a research and development project investigating the intersection of traditional Fine art practice and immersive digital technologies.

It had been several months since our first project meeting so our initial conversations on meeting this time was a process of recapturing thoughts from our last meeting. It was also apparent from our first meeting that we all felt that this project offered a wider opportunity in which our respective practices could combine to offer a real trans-disciplinary investigation into installation using sound, sensors and art.

After our first meeting I had sent two test panels from previous projects down to Bristol. These screenprinted images were on laminated board and we thought these boards, would be really useful to test out sensors and electronics in a physical environment, combined with an image of mine.  During the gap between meetings I ordered a collection of sensors and electronics as directed by Ralph and Phil so that we had the correct bits to try out some ideas in response to our first conversations.

It was decided that the first order of this trip would be to embed some of these sensors into the test panels to see if they were able to react to light directed by small LED torches.

Questions we had at the beginning of the session were more practical concerning the depth of the board and if it would influence the sensors responses?

Would the fibres of the board refract the light as it passes through the holes?

We had ordered two different types of sensors one type which were infra red sensors and the other which were light dependent resistors so it was important to test and see if one type was more consistent and controllable over the other.

The size of the holes drilled through the panel was kept as small as possible with the theory that I wanted to keep the disruption to the imagery on the front of the panel to a minimum.

During initial testing of the coding – done by Phil Phelps an interesting and unexpected dilemma occurred – if coding did not have the correct number of channels for the number of sensors then the hardware tried to correct the missing channels by randomly selecting an alternative. I quite liked this intervention by the hardware but it was quite distracting and disruptive and is not welcome by software designers.

Again during the day common themes emerged: Above and Below, Light, Immersive, Presence and Flow.

First test in dark den, (built by Ralph Hoyte in his home studio for this testing session) revealed that the holes were too shallow which caused the sensors to sit too far back in the hole. Unless the light source was directly in front of the hole it was ineffective.

Next step was to make the hole deeper with a larger area counter sunk at the back of the panel to accommodate the wider part of the resistor.

Second iteration of the hole worked much better – we discussed the idea that directional holes might be really useful to encourage an audience to move across an image and encourage different interaction.

For each hole we drilled a partner directional hole, unfortunately these did not work consistently enough to be useful.

Conclusion was that the angled holes offers no real benefit to the experience overall.

The afternoon testing consolidated the coding and sensor testing which meant that we could then move onto a more productive discussion regarding building more purposeful code to carry specific sound files rather than random test sound.

As this project has developed it has become apparent that our idea of creating a working prototype of art and sound will need to become a much larger project to fulfill all the objectives we now all have.

The term ‘Painting Sound with Light’ seems to resonate with us all and describes the ideas of the lyrical and mapping between what we do and what we hear. We have decided that the demo piece – Stratum is a demonstration of the concept rather than a finished piece.

The original proposal was to explore the archaeology of deep memory and human connection to landscape. With the help of Ralph and Phil I would explore the possibility of learning new skills in order to combine motion-sensing technology with my drawings and prints. Ralph writes and performs sound poems and Phil is a musician and code expert, together they uncovering unseen layers of forgotten history and landscapes. It has become apparent in the time we have been together that there are many connections and cross overs in our research and investigations. For this reason we have decided that through the combinations of our practices it will be possible to create a unique trans-disciplinary project pushing the boundaries of how we each work and fully utilising the opportunity of this working time together.

Day two testing we decided to spend a little time thinking about a plan for while we are not all together. This seems an obvious thing but actually we have now reached a point where the electronics are working so now we need to refine the content and plan to apply it to something meaningful with triggers and sound.

Ralph and Phil have already worked on incredibly successful projects using this technology so the challenge for me is to create an image which will respond to, and work alongside the sound. These interactions will not be controllable by me but will collaborate with and influence how my image is read and understood.We plan to create a series of zones for sounds, these zones will overlap so when triggered with light will create new context for the visual imagery on the panel.

Further interaction and discussions about how the test panel responds to the light triggers revealed a need to ensure that a narrative component of any sound component needs to be allowed to play without too much fragmentation. It was decided that a balance between playfulness and meaningful interaction is important.

One of the main objectives of my artworks is to communicate the fact that walking journeys for me are durational observations, collections of moments creating a whole flow of energy. My work offers a proposition rather than a decisive fixed view. It is important to me to offer possibilities to consider familiar experiences from new perspectives. For me this project is about bringing new narratives and layers of experience to the visual imagery. Reflections on the conversations of the last two days have bought to mind a lecture by Tim Ingold in which he discusses ‘Training the senses – The knowing body”

On sounds and hearing he proposes that sounds are always in the world and we feel them and respond to them. John Cage said “I have nothing to say and I am saying it” meaning a noise exists and moves through us but does not have to have any particular meaning.

Correspondence – is the relationship we have with each other and things we respond to.

Individual parts are then, are a component of a larger thing = correspondence.

The correspondence is an ongoing life or energy rather than individual entities.  I think it is this energy we aim to capture with the project.

Interesting ideas emerged that sounds and narratives are a constant stream or line of sound running through the landscape. The artwork then acts as conduit, motion and light will interact with the imagery to dip into these streams of sound. Revealing sound/poem/stories as moments of rhythm, memories and narratives of the imagination.

Intention to offer a reconnection to these liminal landscapes, reengaging with the multitude of voices that reside within.

Transformation from one state to another – Seasons and time are constantly reoccurring measures and events within our lives but are states, which differ from what went before in a constant process of change.

Much to think about before our next meeting.