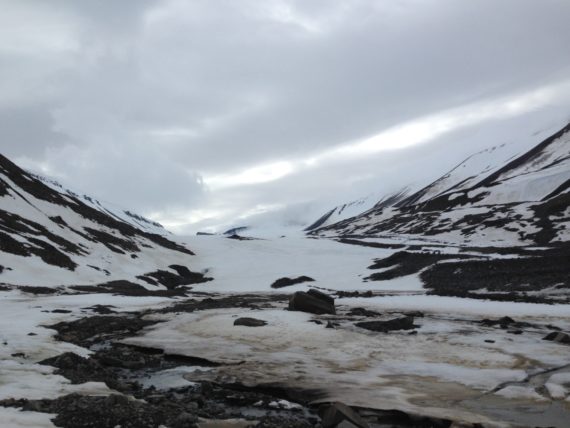 By now I’ve entirely abandoned all previous plans for making anything concrete during this residency and just focus on research. I’ve met some great people, each with their own reason to be here, and gained a bunch of new and different perspectives on Arctic climate change and the influence it has on Svalbard’s environment and communities. Feeling of impending doom hangs heavy in the air, but there is also a staggering number of initiatives and very motivated people who come here to make a difference, and there is determination.

People are getting involved.

I am an artist and an academic working in the fields of philosophy and cultural studies. Through my work I engage with the tensions between the human and the nonhuman, and the politics and ontologies of this division. I’ve written about the technicisation and of the body, hybrid ontologies, and nature conservation after the end of Nature. I was born in Poland, I have a BA Hons in Fine Art from Bath School of Art and Design and an MA in Philosophy from Warsaw University. I recently spent a year doing research at Goldsmiths. Complementary to my art practice I am working on a doctoral project at the Department of Philosophy, Warsaw University. I live in Berlin, Germany