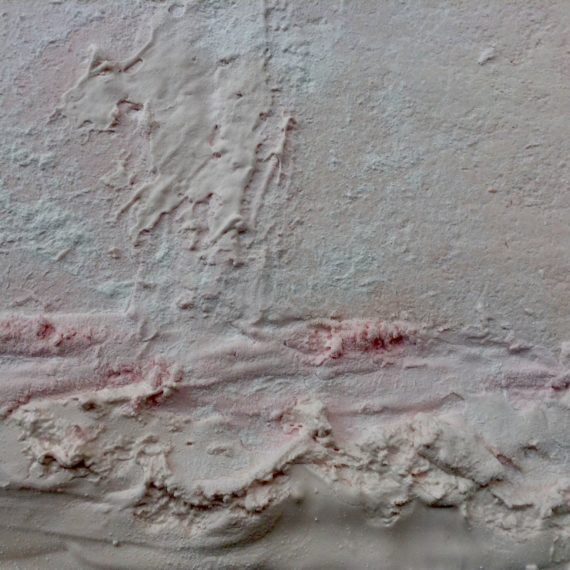 I have begun my bursary research by reflecting on a previous piece of work titled ‘Consuming surfaces’ A 5ft x 2ft Marshmallow slab. The marshmallow weighed 1stone and had 126 gelatine leaves, 14lbs of sugar and 28 egg whites. 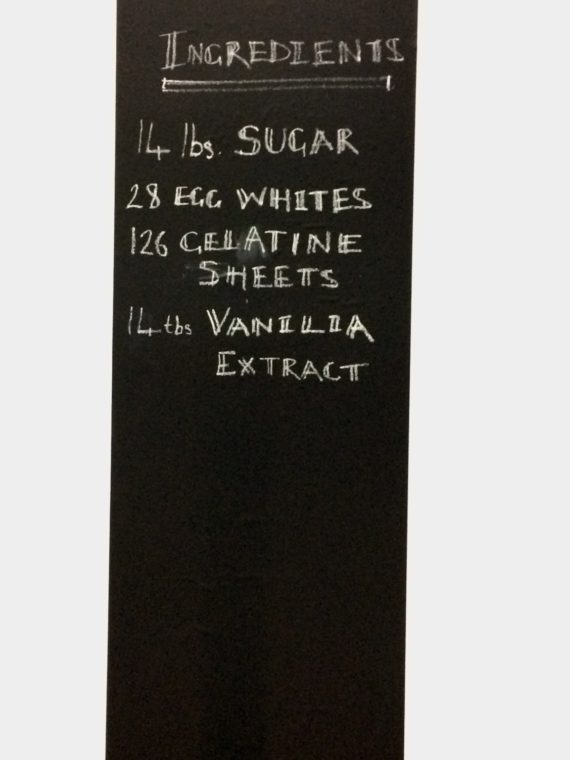 It was cut or rather bitten into by my ‘mouth tools’ that leave traces of parts of my body into the food and onto the surface. As we cut into the table the implements became an extension of my mouth, so that chewing, which is something that happening inside the mouth’s cavity becomes externalised and public.

Mouthfuls of pink, fluffy and sweet marshmallow was then served and fed to a live audience.
Performers/servers; @amalgamist@racheldarbourne @drewmarkou and myself wore velvet and latex aprons. Designed and made by myself in consultation with @racheldarbourne and with leather support from @deborettecreative from @b18leather
The performance piece was filmed from underneath the table and the result is a new video art work; titled Consuming Surfaces.

I am looking forward to developing this performance further as well as continuing to use Marshmallow, as it’s gelatinous, gooey lusciousness is rather fleshy and bodily.

In Darra goldstein’s  book; ‘The oxford companion to Sugar and Sweets’ she explains how marshmallow root was used to soothe inflammation in mucous membranes and so marshmallow was traditionally used medicinally. It is also known as the supreme symbol of temptation! Psychologist Walter Mischel’s ‘marshmallow test’ tempted children with marshmallows to test their self-control.

Purchasing ‘The oxford companion to Sugar and sweets’ has allowed me to research sugar as a material further, as well being able to learn about the history and cultural references of individual confections:

I have also been listening to the Radio 4’s programme:  Sweetness and desire: A short history of desire Which is making me more aware of how confection effects the body. I have particularly interested in the notion that our brains, sometimes cannot tell the difference between sweetness and love……..

I am looking forward to having a studio visit this week from  film-maker Tereza Stehlikova Where I will be inviting her and performer Tereza Kamenicka to play with my objects and some sugar in the studio. I have prepared some sweet treats for us 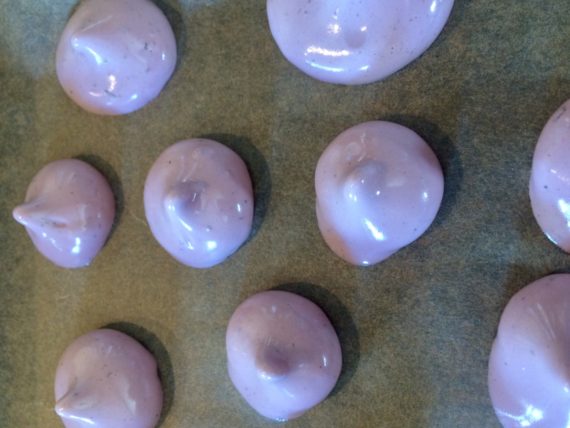 and hope that it will feed into a series of short films that we are collaborating on: https://cinestheticfeasts.wordpress.com/2018/02/03/food-and-embodiment-day-2/

I will also be doing a sugar sculpture workshop This Friday, which is being led by ‘the queen of sugar sculpting’  Tasha Marks  http://www.avmcuriosities.com  I will show results of this in my next blog post.

“Taste alone compels the eating, not hunger for the word. It is as though the soul can taste sweetness beyond the body: the trope of sweetness is that interiorization discussed earlier, except that the sweetness is tasted in the mouth, an orifice of the body.” (2003 Parallax Journal; Bon Appetit)