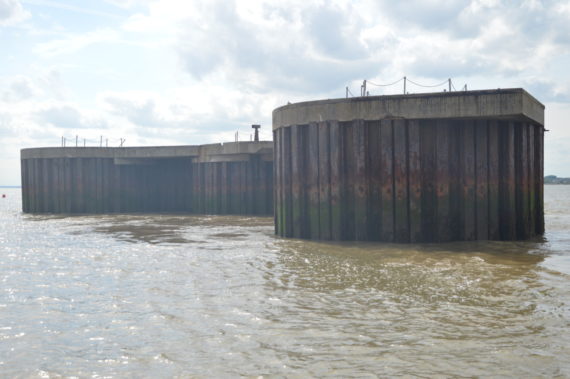 The Blackwater estuary is littered with fragments of old industries. Roman red hills for salt extraction, Saxon fish weirs, Thames lighters, sunken to protect the sea wall,  to protect in turn, agricultural land and Bradwell A.
Bradwell A is a large decommissioned Nuclear Power station. Decommissioned in 2002 it is as much part of the old industries as the Roman red hills. It’s remnants albeit a lot larger and far more problematic. As part  of the British Nuclear Culture Bradwell A  has a heritage that might result in Bradwell B.

Plans for Bradwell B, a much larger  Nuclear Power Station are drawn up. Permissions are being gained.  The idea sold. The long term result for the estuary is part guesswork.

The baffle wall pictured above is a structure in the river,used for extracting and depositing cooling water. Used by Bradwell A for 60 years. Resulting in  a 1 C degree warmer river.  Stories are told of Mullet enjoying the warmth of the deposited water and gathering in large shoals around the baffle wall.  Will it ever be taken down?   Will it gain a cultural meaning ?  At the moment the baffle wall looks like it is developing the characteristics of an artificial reef.

As a keen user of water, swimming, kayaking and sailing, my research will look at rising sea levels, the shifting of the coast line, the mapping of water. Thanks to the DYCP grant , I’ll be working with users of this water, marine scientists, artists and the Nuclear Culture Research group from Goldsmiths. Trying to draw all knowledge together into my own creative practice. 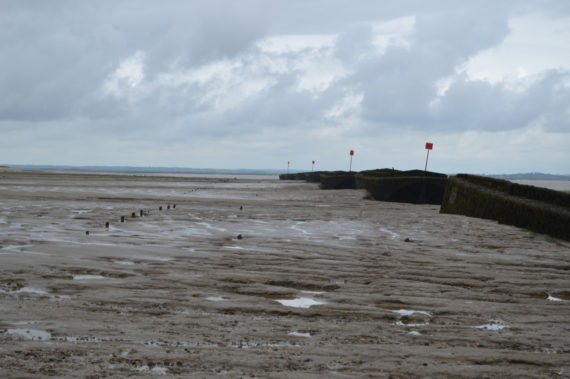 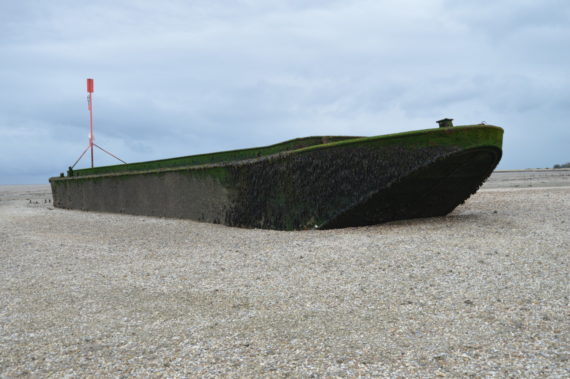 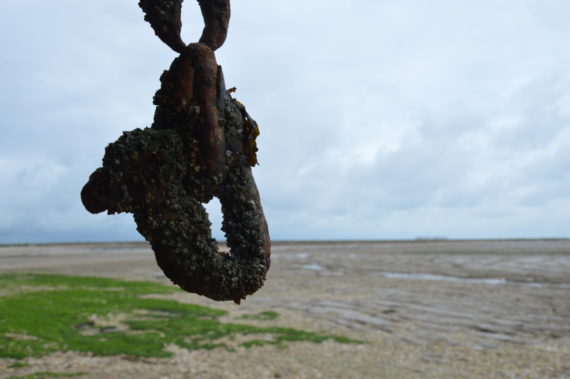 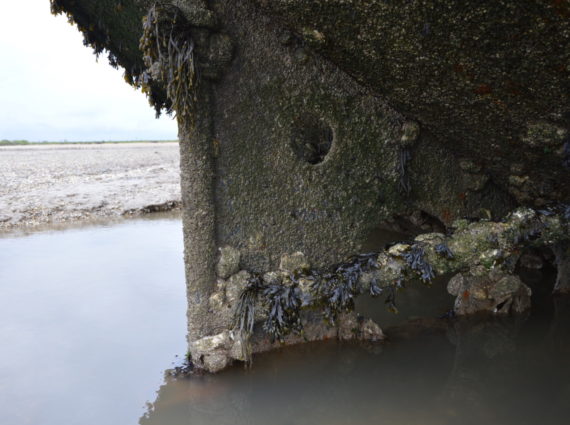 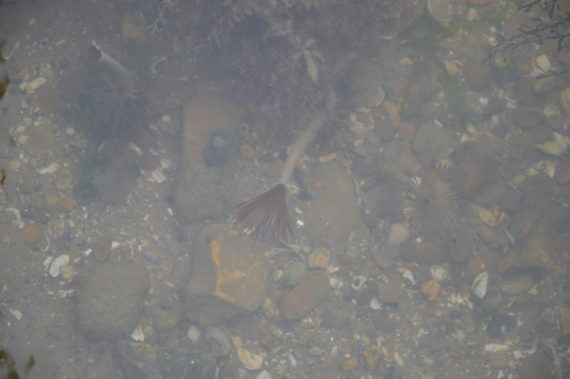 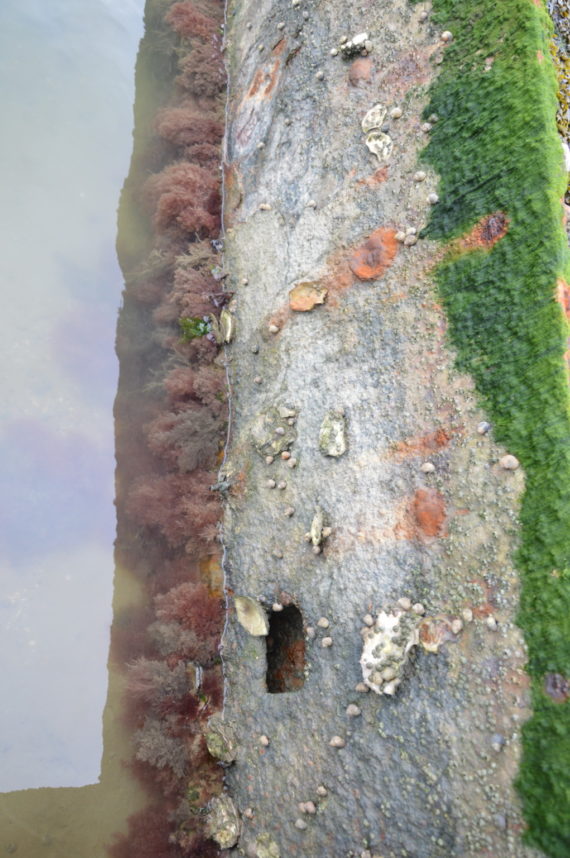 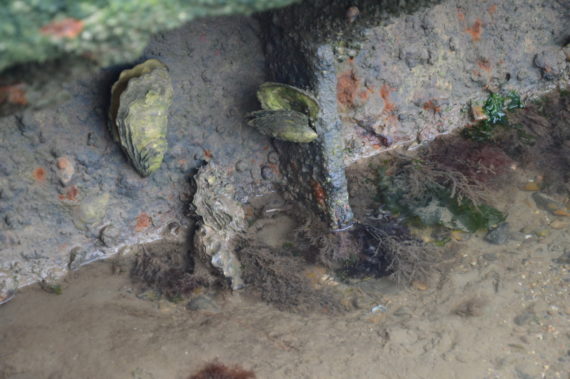 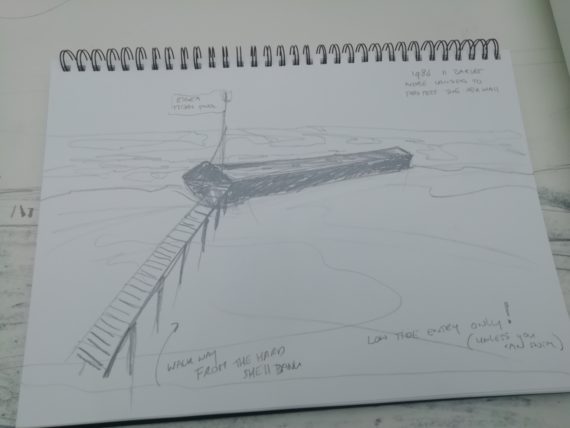 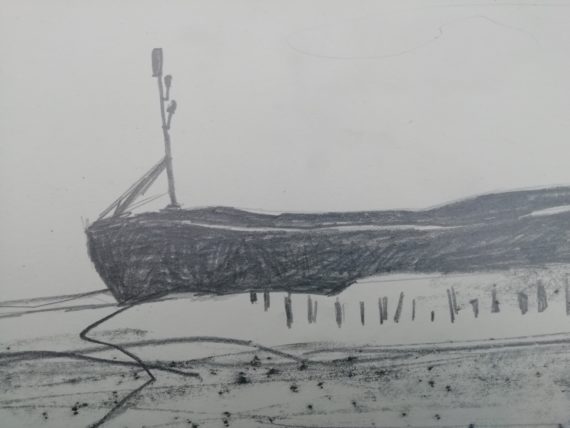 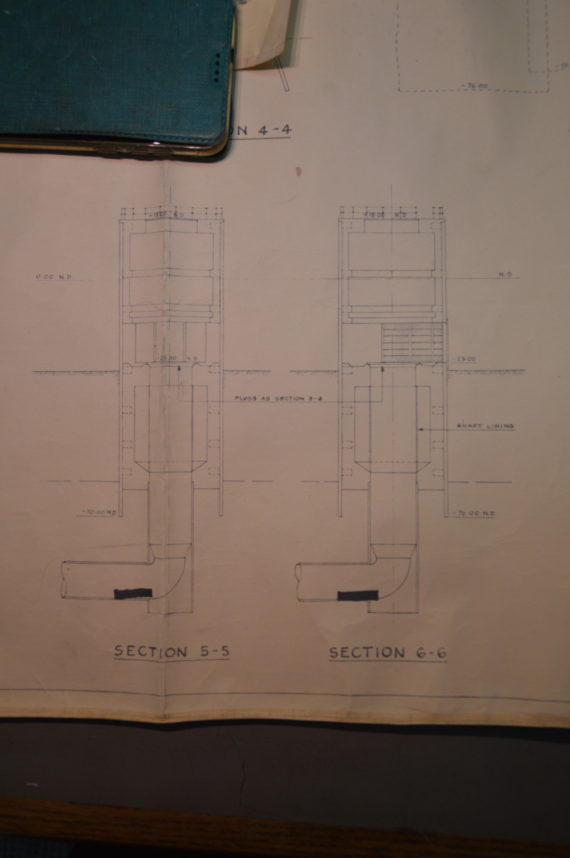 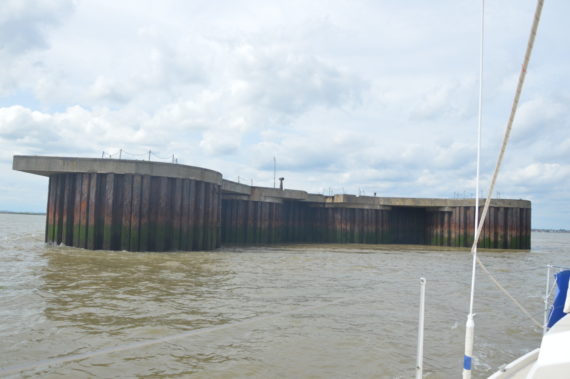 Middle part of the Barrier wall, leftover structure from Bradwell A Nuclear Powerstation in the Blackwater River, Essex UK. 2020

The paper is crisp and crackles when opened, real paper, yellowed.  The  decades old folds resist opening. It takes paperweights and a mobile phone to force it flat.  Real paper, entering, by a click of my camera  the digital world of my computer.  I am in the National Archives at Kew looking at a technical drawing of Bradwell A’ s barrier wall.   I like architectural drawings.  Behind the clear and focussed lines lies a dream.  Plenty of electricity, better lives, prosperity and economic competition.  A potential.  Someone drew this with detail and attention.  Someone in the 50ties wrote: Inlet and Outlet. 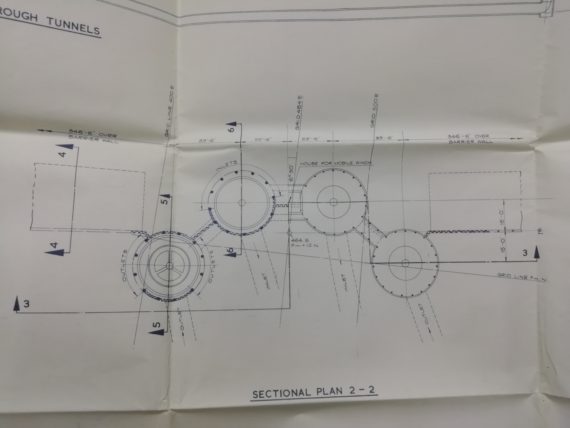 Twenty years after the powerstation stops producing electricity  I walk the seawall near Bradwell A  and spot two rusty and redundant outlets,  a discontinued look on their round lids. I worked once.  A dream, finished, redundant and mossed over.

The inlet and outlet tunnels of the barrier wall run under the seabed,  leading to the barrier wall.  From there cooling water was taken.  The river gave 182924 million litres of seawater per day to a thirsty pumphouse.  This water returned carrying with it chlorine and the heat of the cooling systems.  The Blackwater river temperature increased by 1 degree C.  Leaving it warmer for the next user. One third of sea level rise is caused by increased water temperature.  Let that sink in.

The Blackwaters river is famous for it’s  Ostrea Edulis  also know as, native oyster, Colchester oyster, Mersea oyster, Pyefleets, mud oyster, European flat oyster or edible oyster.   Every name adds it’s own claim.  I like the names Colchester and Mersea Oyster and,  Pyfleets it gives it locality,  it speaks of heritage and pride.  Culture and food.

In the late 90 ties  I lived and worked in the City of London, one pub near the Bank Of England sold  3 Mersea Oysters and a glass of champagne for lunch.  I remember the excitement rippling through the queue. The expectation of flavour. The R is in the month, the oysters are back.

Oysters as filter feeders also have an inlet and outlet. They take in water and all the small particles drifting about in it. An individual oyster filters up to 227 litres of water a day. Leaving it clearer for the next user. Plankton samples taken from the Blackwaters in June 2013 had around 13 Mersea oyster larvae per 100 litres. That is roughly 130.000 larvae being destroyed by the intake of cooling water per day. A couple of years down the line that could be a small oyster bed. 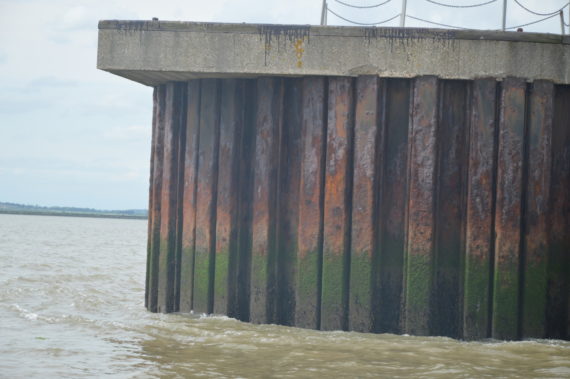 I planned a swim last year following the intake and outlet of the pipes. It would not be a very long swim about 1 kilometre, 40 to 50 minutes. But having sailed passed it this Spring this year I was reminded of a term we use in Holland ” Kwaad water” . Angry water. Reading the water around the baffle wall I saw angry water. You simply don’t swim there. Perhaps one day on a neap tide when relatively little water enters the estuary just before slack water I could have a go.

A plan exists to remove this structure as part of the decommissioning of Bradwell A. Although the water will be less angry, with the wall’s stark visual presence in the river, the question “was it worth it “? might also disappear.

When swimming, in the river I play a game. I lay on my back in the water. I can feel mud particles flocculating on my arms and legs. I have let myself into this water and know that I have to let myself out again but for the moment, I am a marine wanderer nothing more than a small creature slipstreaming the tide, unable to choose a direction. The drift will do this for me. I lose my human form and am now part of the oldest and most life giving habitat on this planet; a rich oxygen producing congregation of microscopic creatures. I imagine being a phytoplankton contributing to the sage green colours of the river. I feel water I see sky, that is all that matters. My body turns and lines up with the incoming tide. I am inhaled by the rivermouth and flow to an inlet. 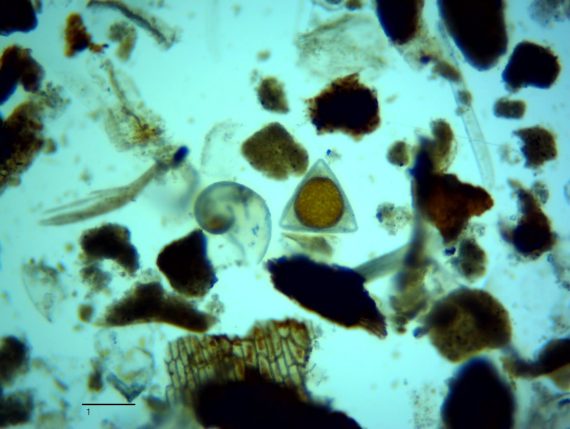