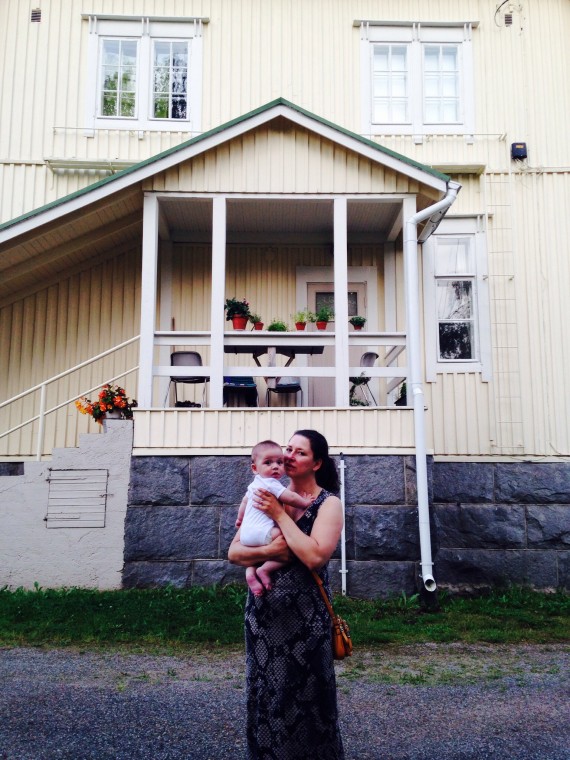 As always with public engagement projects I was quiet nervous about displaying my banner and what response I was going to get. I put out a message on twitter to meet me at the bridge at 1pm. When we arrived at the location it was very windy which I didn’t account for and had only punched holes in the top of the banner. Unfortunately this meant that it was blowing around so I decided to place it on the floor flat. We were located in a really busy spot where bikes and pedestrians travel past, faced opposite a road crossing. As soon as we started to put up the banner a couple and there two children were interested in what we were doing. I felt a bit behind with the set-up and had my mind on talking with the family and trying to get all my materials out at the same time. I have to say it was not the ideal start, however people were interested in the message taking the time to stop and read it. My Lancashire Eccles cakes were the best way to engage adults into conversation and colouring in the crests worked well with children. I had seen market researchers in the city and felt I wanted people to get involved out of there own interest rather than the hard sell or using gimmicks. During quiet periods I coloured in small areas of the crests, again seeing someone ‘making’ attracted people and made people curious about what I was doing.

My intention with my banner is to find out people’s ideas and also identify myself as someone who wants to make connections between the two cities. I met a woman called Mikko who works for the city council who is particularly interested in cultural exchange. The previous night I had been researching art contacts Anne had suggested and I really wanted to meet the artists who run Hervikatu, the Moose House in Pispala. Coincidentally Markus Petz from the house introduced himself to me as he was passing by me after finishing teaching that day. Markus was full of information and contacts of who to speak to in the city. I was a bit overwhelmed by his detailed knowledge considering he is originally from the UK, went to uni in Manchester, had lived here and is now living in Vienna. Unfortunately the rain came later in the afternoon and Markus kindly took us to the library to talk more. He seemed genuinely taken aback that I had just turned up with my banner, although if you don’t ask questions how do you ever move forward with ideas? This was a man full of answers and wanted to question me more about my motives.

Since having a baby my view is constantly changing about my practice and where I see myself heading in the future. I co-curated the biggest exhibition I have ever done this year with Pool Arts and Alison Kershaw. During the process of this it was important to me that we all co-constructed and I had intentionally planned workshops with this in mind. From this experience it has encouraged me to try and be more ambitious with projects. However working independently of a well known studio or attached to a gallery it has been difficult to get partners interested. Why is it like this? Meeting with Markus and learning more about the work at the Moose House I was encouraged to hear that they have an open door policy to everyone to attend meetings and get involved. I do feel this open culture is missing in Manchester. The only experience I have had of a democratic and supportive artist group was at Pool Arts meetings. I feel the artist and performance community needs to wake up as I feel open networks are the future.