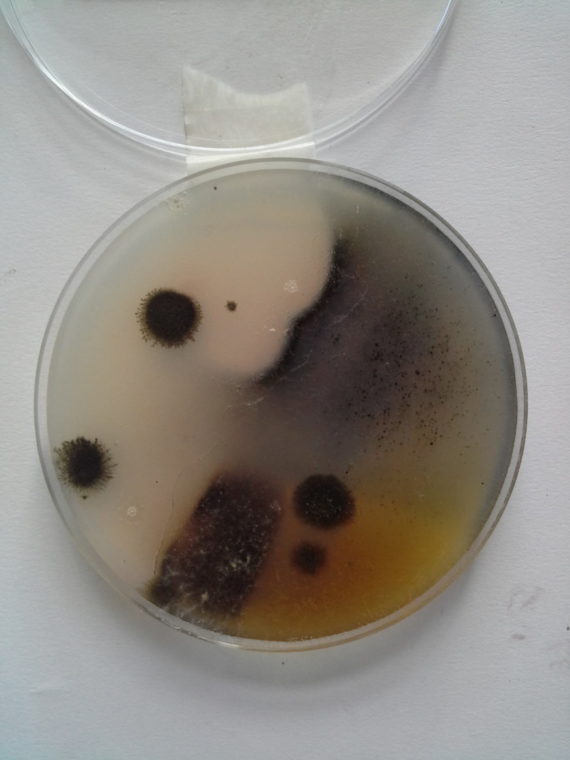 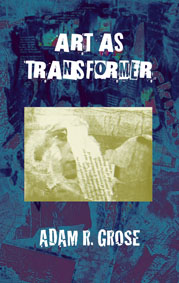 Art as Transformer is an exploration into the relationships between painting and photography and the effects photography has upon the ways we interpret the world around us.  The increase of mobile digital photography over the last 17 years has given rise to new forms of image making and manipulation, even more so today than at any time previously before the digital age.  These have formed profound changes in our consciousness and is shaping the ways we see and view our world and our lives, particularly considering the many forms of changing digital images through the various filters available today on our computers, changing our images before we share on-line on the many social networks and platforms today.

There are many concerns that have arisen through these new forms of image-making and photo-paintings, shaping and shifting collaged images that contain a variety of meanings and interpretations through the use of this technology.  However, on the flip side these technologies have also given us new ways to interact with others who are similar to our individual tastes and desires, whilst at the same time given rise to new forms of sharing information leading to greater democracy and understanding on the various forms of ‘being’ today.

Art as Transformer delves into these shifts and changes through the use of art and the impact photography has had upon ways we interpret the world, images, how we began to see differently and how both medias have influenced one another.  At the same time this critical theory explores those hidden appetites and manipulations that arise through  the use of these forms of making images, particularly with advertising, something that can be utilised both to emancipate us from previous tags of prejudice or control our desires through the subtle influences feeding obscure, subconsciously embedded wants, something that is not part of our truth, yet the shamans of industry have utilised through their spellbinding grimoires.

We must be vigilant and cautious due to photographic images becoming easier to manipulate. Editorially manipulated collages that form corporationist ideologies that could seek to control ways we interpret our view of the world. One can become easily enraptured with these new forms of photo-paintings pervading the virtual world, especially during this so-called fake news era of manipulated words and pictures.  It is also concerning how information can be directed via algorithms, creating individualised feedback loops of implantable desires and appetites, reducing access to new information vital for a balanced mind, society and democracy. 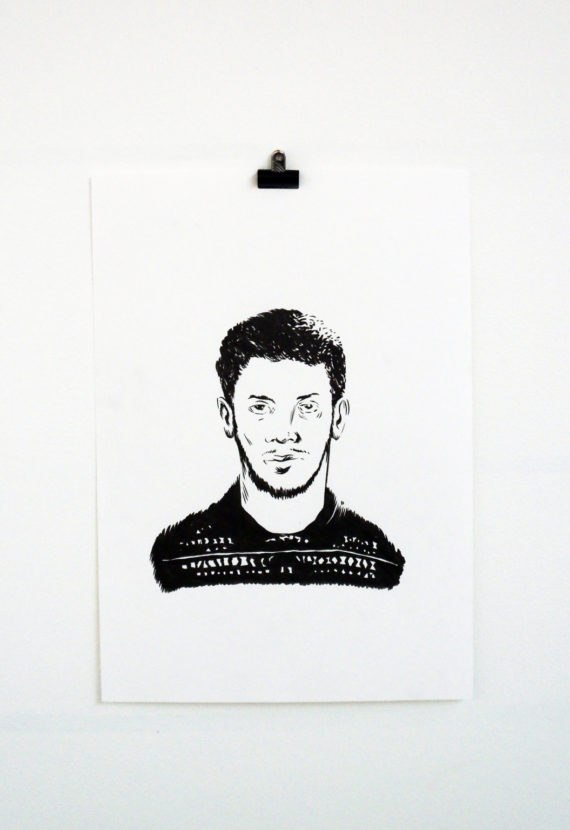 Art as Transformer What are the relationships between the photographic image, painting and mediation?

This essay is a theoretical investigation exploring my practice and its relational mediation between painting and the photographic image. Since the 9/11 attacks on 11 September 2001, the following years have seen a period of immense change and instability in the world. Our interpretation of reality, seen through photographic imagery, has further evolved with the introduction of the mobile phone camera. This has created particularities that hook into unknown appetites, allowing us to devour and assimilate new forms of information into our lifestyles, through the cacophony of phantasmagorical imagery shared on-line: something that could saturate our sense of culture and ourselves.

Firstly, I begin this essay by looking back in time to explore key areas that have informed my practice. Examining a range of drawing and painting experiments investigated over the last seventeen years, exploring ideas and practices that inform and examine the background that led to hybrid processes, formed as a result of utilising photographic techniques, idioms and imagery.

Secondly, I investigate concepts explored by critical theorists, psychologists, philosophers and artists including: Jacques Ranciére, Roland Barthes, Francis Bacon, Gerhard Richter, Wilhelm Sasnal and others – exploring chemical and digital photographic manipulation, focusing on its use and its relation to painting.

Thirdly, I examine the hybrid nature of photo-painting, utilised as a method for determining reality, seeking the unprocessed beyond the sentimental. Drawing out past-tense imagery to reveal particularities that inform our view of the world, encouraging a re-evaluation about our mediation with photography and painting, investigating how these shape public opinion in the 21st Century. 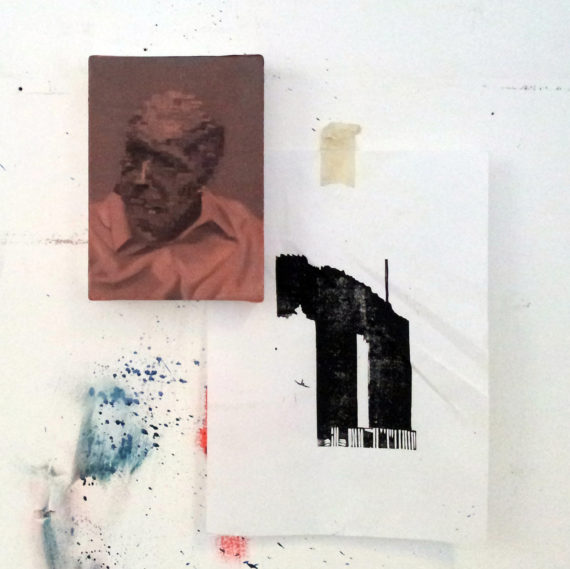 On 11 September 2001, two planes flew into the World Trade Centre in New York and changed how the world saw itself. This event was so unreal the images captured on that day can still shock and disturb us. As it unfolded, the mainstream media broadcasted a form of reality it devoured and shared throughout the day. The plumes of black and grey smoke rising from fires imprinted themselves onto my memory, reminding me of The Great Day of His Wrath painted by John Martin, inspired by St John the Divine’s last judgements in Revelation.[2]

Gustav Metzger at an exhibit of a newspaper at the Tate Modern in 2008 mentioned ‘newspapers are reality, they represent reality; they also shape reality in as far as they influence world politics’[3], influencing how society sees itself through the lens of the mass media and the appropriated images we mentally consume.  The variety of 9/11 images and how the media used these affected and shifted the way we were to see the world, as well as how I began to view my practice.

I was interested how 9/11 was recorded and represented in this moment, aware how images from mobile devices were utilised as this event happened4, igniting powerful emotive responses and how ‘photography and the cinema have been brought to such a high state of perfection that painting cannot hope to compete with them’[5], therefore:

We cannot produce an art of our own by continuing to borrow styles and ways of working that came from different physical, philosophical and psychological world environment[s].[6]

The aesthetic of the mobile image invites us ‘to participate in another person’s mortality, vulnerability and mutability […] slicing out this moment and freezing it’[7], sharing instantaneously on social networks to an on-line audience. Planes flying into WTC 1 and 2; grey and black smoke emanating from fires in the buildings; the people trapped and those who chose to jump; the shocking collapse of both buildings that had pulverised into toxic dust.[8]

The Internet has created many platforms for communicating via applications on smartphones and tablets, creating an immediacy to connectivity, instantly sharing news, thoughts and images with a global community via email, texts, networks, forums, websites, community groups and blogs. Social networks have changed the way we view each other, other cultures, our place in the world and our relationship to identity.  These methods of communicating via images and text also contributed to: the Arab Spring uprisings in February 2011 resulting from information released on WikiLeaks[9] (Figure 5); the collective protests against austerity and the Occupy movement (99%); civil unrest and rioting during August 2011, which spread across the United Kingdom and orchestrated through text services.[10]

Art as Transform is available worldwide via Amazon as a paperback book [with a free Kindle download with each purchase] and as a Kindle download.  Those with Kindle Unlimited read it for free as part of their membership and Prime subscribers will receive free one-day delivery.  Complete with references and bibliography.

Adam Grose gained an MA in Fine Art at Falmouth University, Cornwall. His work explores the role of mapping, inter-cultural exchange, diversity, history, science, aesthetics and their relationship to cultural identity. Through drawing, painting, printmaking and installation he develops alternative ways of recording a journey, capturing his experiences walking and rambling in various post-industrial landscapes in the U.K. and abroad. His work often combines scientific methods of observing and experimentation as well as inspiration from ancient mythology and tales. Grose's work is collected in private and public collections worldwide. https://adgros0.wixsite.com/adamgrose