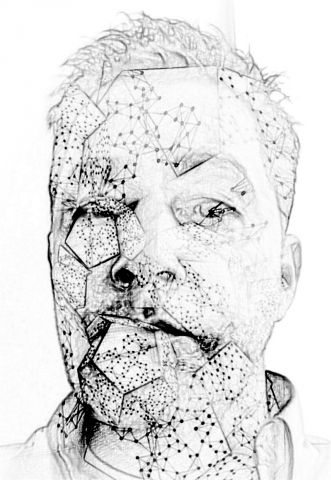 I have no idea what I will write here today. The Easter holidays are fast approaching and that means there is a tendency for me to switch down from teaching and let the artist emerge… but both have collaborated well together since the last holiday and a good balance prevails…

There is a blurring now between what I write here and on my other shared blog with Elena Thomas… most of the work I’m making is towards our exhibition in October and the majority of the projects I have taught this term are reaching conclusion… Mythical Celtic illustrations, Steampunk sculptures and Floral paintings allow pupils freedom to express and develop ideas already researched… creating their own version… becoming the artists…

My own work progresses along interesting lines, moving away from shared starting points…

Here is different… I don’t write for the sake of writing… words and thoughts are precious and I’m sure readers don’t want to read dribble… writing generally clarifies the jumble of thoughts, ideas and resentments that I carry around… freeing me from them… creating a vacuum that needs filling with something fresh… challenging.

There is a huge requirement for teachers to think… to think fresh… minute by minute… hour by hour… day by day… and so on. I wonder how different this is in other professions? I wonder if we are alone? If the general public fully appreciates the demands of this job? If You understand? That need for originality… the New…

Thinking fresh… now there’s an art. Teaching, like design agency work, has a very high burnout rate… people leaving the profession after a number of years. I’m not surprised and I don’t base this on any official or recorded statistics… added to the pressure of trying to manage often-unruly, young, independent thinking, challenging personalities… no wonder! Thinking novel is a challenge…

I went on a course Tuesday of this week… hosted by Apple it posed some innovative questions for me… The event was really based around iPad’s and to a degree was a commercial exercise between Apple and educators. Yet I came away feeling inspired, as though I’d learnt something new and eager to experiment with what I had been taught…

I’m not one who needs convincing about iPad’s in the classroom. For the two years of my Master’s course I struggled to make contact with some of the leading supporters for iPad classrooms, yet here they were on Tuesday, all assembled under one roof and ready for me to network with… and that freshness of thinking was SO evident…

I came away considering my own secondary education. Why had I switched off midway through Year 9? What had I been taught that I use regularly in my working life after school; if ever? What education now means to me, and primarily, what is my role today as an educator?

In his introduction, Michael Munn, Director for Education, Apple UK, cited an example where 500 teachers at an educational conference where given a two minute familiarization task… they were given two minutes to research a given subject… and to a person, each teacher pulled out their phone and Googled the answer…

Two points to this…

… Not one teacher asked the speaker – the teacher – for the answer!..

81% of schools in the UK do not allow pupils to use their own devices!..

Michael Munn’s point was very simple… “If we teach today as we taught yesterday we rob our children of tomorrow”.

Fresh… particularly in light of the fact that 79% of schools believe in the technology.

If technology is to be embedded at the forefront of future education, “fresh thinking” has to be leading the way. Diehard, out dated philosophies have to be ended. New solutions that embrace technology have to trialed and implemented. The teacher has never been needed more and the pupils’ journey needs to be curated to suit their needs. Learners self esteem is critical. They need to achieve on their own… lead and plan… space manage and peer coach. As educators we need to facilitate these possibilities for them, not hold them back within our own education. As the world moves forward we need to be there, leading the way… 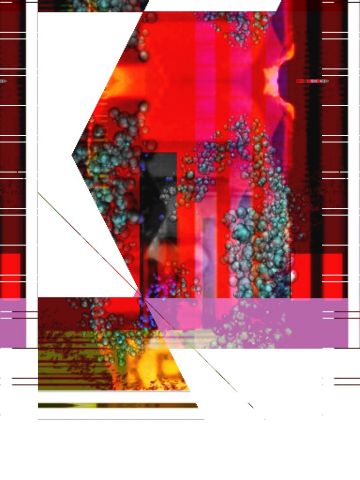 So there it is… the fundamental flaw with education today, beautifully illustrated in TES this week under the heading “The catastrophic impact of league tables for individual teachers”.

For me it serves as a warning and a highlighter of the possibilities of tomorrow… the risk we are at if we follow down the same path that appears to be so attractive to politicians, governors and the blame culture admiring press…

My eldest daughter recently failed her 11+ by one mark (which is perhaps why I am writing this) at our local Grammar school, which resulted in her not being offered a place. I’m not one to make excuses for her, but with Level 6 predictions for her SATS this summer, I would like to point out a few excusing factors on her behalf.

Four years ago last New Year I had a heart attack that resulted with me being off work for nearly 9 months. This was compounded for my daughter two years later when my partner had a bought of flu that she still has not recovered from, leaving her confined to a wheelchair with very little strength and consequently placing a huge amount of pressure on my eldest to help care for her and her younger sister. Pre-occupied with her mothers illness at a critical stage in her development, my daughter has never once complained or overtly let it effect the way she conducts herself, but I know it has had a huge impact on tiredness and her social interactions. Four years of helping ones parents who should be caring for you, is bound to take its toll…

… and yet… she is judged on one assessment.

So what Art is there in assessment?

It strikes me that there is a certain hypocrisy in the “value” of assessment.

The Chambers Dictionary defines value amongst others as: –

3. Intrinsic worth or goodness

4. Recognition of such worth

5. That which renders anything useful or estimable

6. The degree of this quality

As a starting definition to how we assess, this cannot be suitable? Or fair?

In the last elections held in this country, the leaders of the main political parties took part in three live debates aired nationally on television. Three debates!.. Three examinations!.. If we applied the same evaluation principles on our fair leaders that are requested of us, surely Nick Clegg would now be Prime Minister; he came out the clear winner from that first debate. So why two other examinations? Why do they get the opportunity denied the majority?

Or should character count for more? Should it be applied equally?

Our system determines that we set the majority up for failure. By definition only one person can be “the best”… the rest fail. Some of my hardest working pupils will never attain the highest grades yet their work ethic and commitment are never rewarded, evaluated or appreciated by the examiners. What lesson is that for them?

I have nothing to hide. I will hold up my hands and take my part of the blame in my daughter’s deemed failure. She will not hold us responsible for pushing her to do her best.

Unfortunately as the article suggests, value added doesn’t really add value… it cannot be an alternative assessment criteria, as assessment as it stands doesn’t do what it should or claims to do. The whole notion of testing needs radical reform.

Assessment like teaching should be an Art. My main function as a teacher is to build confidence and belief in young people who most often doubt their own abilities and lack the conviction to press forward their ideas. Assessment must start to evaluate the character rather than the work to construct a worthwhile and competent, rounded overview of individuals, or cease to be relied on as relevant judgment of ability… 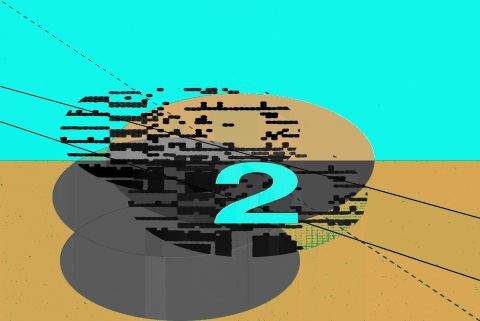 So now as I approach the busiest time of my working year, this blog becomes about the Art of Time Management as much as about the Art of Teaching! As I work forwards into the GCSE marking stage of the year, pretty much everything else stops as hours of grading kick in for me…

Yet… I still want the artist to have a little life. As vice versa, he now supports the teacher – offering relief from the comparisons, the backwards and forwards of the order of merit in the course work finally submitted… the pressure of necessity to get it right; to get the best I can for my pupils… whilst they plow on with the pressure and huge ask of the externally set exam…

… Other Year groups also need catering for… as a one man department I cannot stop teaching those who will over the next few years also seek examination… they need feeding, nourishing and challenging. Things cannot stop.

The artist works quietly; occasionally sat at the front of the room, another pupil sharing in the workspace, preparing the ideas and initial sketches for his up coming show in October – which will soon be here… An equilibrium exists for now… balance… teaching and Art harmonized…

Other students come up and question the work… discussion breaks out and new ideas evolve from their curiosity… it feeds their work to, showing them an artist at work… a teacher capable of doing what is taught… an example… an exemplar…

Things start to fit together… sense makes sense… the thoughts and storms correspond at last and slots for various tasks are allocated. Teacher teaches artist and artist teaches teacher. There is an Art in this, a pattern, a formula. Cohabitation is possible… the best of both… like sliced bread…

Structure is imperative. The pupil needs order, so why not the artist? The artist craves that adventure, that discovery. So why not the pupil? (I worry that all I do is repeat everything that I have written before, just changing the words… semantics… but for me this is process… onion skinning… layer removing until I reach that point of clarity that moves me forward… rekindles my confidence, enables my teaching… my learning… my making.

I don’t know how much time I can give to this for the next few months. I will try and sustain one blog per week… if only briefly. This to is a part of my medication. This, my subconscious thought helps clarify and allows me to go home calm and whole… baggage left on the doorstep.

My second blog also needs nurturing. It carries different responsibility… occupies and illuminates the processes that I explore. It is closely linked to this… this being responsible for it’s own existence… besides it has a moral voice within that questions and brings me back in the form of Elena… unlike here… yet still echoes resonance…

I have the time. 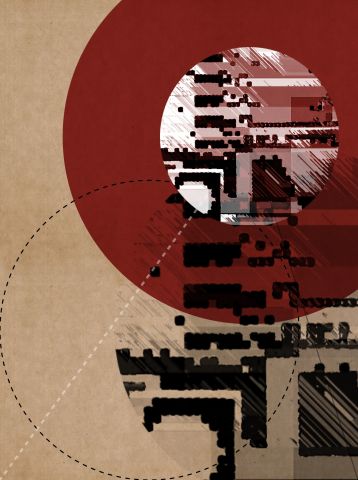