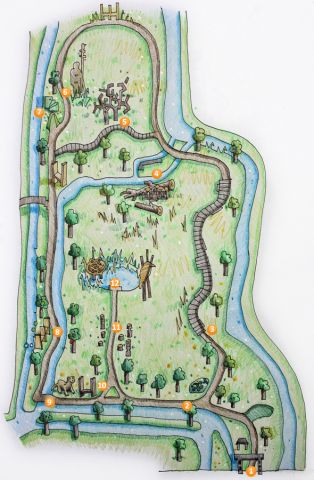 Sometimes it’s a desert in there. Spending a lot of time alone in the workshop……… ‘The Cooler King’ doing more time in solitary with no one to affirm or deny the validity of thoughts or actions.

So…. I might have missed a trick here, as when I began this blog I expected to be in my workshop at levels of mind bending duration! But because of the way the cookie crumbles I have had pretty much the opposite experience and been swaning off here there and everywhere actually really enjoying what I’ve been doing. I have not described this phase of work at all yet it has been very progressive for me. As it did not relate to the theme of this blog (which has turned out pretty random) I never wrote about it……which as I say, I may have missed an opportunity. So I have decided to formally put this blog to bed.

I have been making stuff, lots of stuff and writing just does not do it for me. I have got nothing to say, its all about making. I have not got a lot to say about making either………exept:

its about using tools,

its about solving things

its about realising ideas

its is about really liking what you made

its about what you made being appropriate and engaging

its about making it better

its about having another idea

its about break-throughs after cul-de-sacs

its about being receptive to new stimulas

its about your hands getting a little scuffed, a little scratched and your forearms aching where you were wrestling the thing you were making, fatique is the proof that you were really doing it

its about wanting to carry on again tomorrow

its that feeling when it went wrong, but you found a way out

its about the anticipation of it all coming together soon

its about what other people think when you finished it

its about watching other people doing stuff you never knew about

its the surprise that it does fit, it does match, it will go through, it does bend enough, it is wide enough and you can do it

its when you see something and say ‘that’s it’…. I’ll use that

The Importance of Tea Time.

First: of course no contract has arrived, but I will update about that in due course.

I was away last week, doing making, and a couple of workshops and a meeting. I wanted to tell you about the making, as I did this in someone elses workshop!…

I was so blown away.

This workshop was a massive hanger with several different activities going on inside. Various artists workspaces, but primarily owned by two guys running a commercial woodworking business. Making things like fancy gates, park benches, pews and even replacement lock gates.

But it was… ‘tea time’.. that had the main impact. If I work on a site with various contractors and different trades all working on different tasks, when its tea time …..well here’s the thing, tea time is not comunal and each trade or team takes their breaks as and when they want, splinter groups even with in the same contractor, and as a self employed artist I don’t generally fit into any teams tea time plans either, and often spend my tea time alone. May be tea time is missed out altogether to get the work finished quicker and home in the van sooner. With less days on site its less petrol, less accomodation costs, less wages for site workers and its all about costs and maximising profit margins. Tea time does not make money and its not important.

Wrong: its a valuable investment and potentially a new contract winner.

Because here tea time saw all the tennents come into the landlords workspace. By landlords I mean the 2 guys doing the woodworking. Everyone came in and sat in a heated designated part of their workshop with chairs and a table. This is where everyone talked about projects coming up or projects on the go or ones that got way. Also group discussions on how to solve this or make that. I know there is more than one way to skin a cat, but as a collective group with a wide range of skills, these tea time chats were fantastic as construction techniques, tools and materials were all discussed. Me… I loved discussing and problem solving with them. I realised how inward and isolated I am in the cooler on my own. I remembered my degree at St. Martins where I was on the Painting Course and I remember walking through the sculpture studios and having things thrown at me and the sculpture students jeering and sledging me cos I was a painter!

‘Sculpture is something you accidentally back into, when your looking at a painting’. These were the kind of things I was saying in that hostile place.

Now if you consider building a cathedral say, with all the different trades and skills living on site for perhaps 30 years, may be more! This communal cross disipline problem solving approach I believe flourished back then. Architecture and the arts hand in hand to great advantage. Unlike the construction industry today.

‘Every time is tea time my friend’ as my muslem friend Bill Ladahani used to say. He had the right idea.

I thought I might just write a list of the things I will need to put in the car.

treated batten, two saws, tool box, about 10 pairs of gloves, extensionn cable, secateurs, transformer, electric plane, paperwork for 2 different projects, ‘the story’, string, wire, designs, tape measure, wheel barrow, jig saw, paper, felt pens, some designs that I might need to scale up, screws and and some other tools, and a MDF model of a giant…….. oh and I might need to pay an artist.

Camera, glasses, pen, book to write notes in. Specific phone numbers just put in my phone to speak with mould makers while away. Interpretation officers number. Really struggling with the decision weather to take the mac-book as my daughter will hate me…

‘its my laptop remember’.

‘But you never use it’

‘thats because you’ve always got it’

Petrol, ear defenders, and take out the dogs water bowl and blanket, and fold the seats and move them forward. Pack clothes and personal stuff…….what shall I take to read?……..Now there is a question…er

Globalisation (a short history) and I think…er…Museums without walls by Jonathon meades.

The story of this blog was supposed to be about working in The Cooler on a very specific project…but the project has been two years since I was appointed, two years of it not happening. Two years of doing plenty of other stuff and not really getting to grips with this blog in any way. The most successfull part of this blog for me, is the ongoing dialogue with my commissioner through this troubled commission.

So to continue my story I will need to switch into charecter.

The King, The Castle Builder and the Magician (cont.)

The Magician has focused on making magic for many Patrons, travelling over many Kingdoms and making magic of all kinds. The Magician has promised magic here, there and everywhere and things are very busy, with the Magicians Illusion Emporium bursting with magic tricks at various stages of completion. Magic tricks for places in lands very far from here.

Then yesterday while the Magician had his back turned, this elusive commission has struck the magician firmly on the back of the head!

A phone call from The Castle Builder; How was the Magician, and was he busy? A conversation with The Castle Builder revealed that the papers were soon to be sent agreeing for work to be carried out by the Magician! The Magician explained that he was busy and his Illusion Emporium was fit to bursting and the magic estimated at 6 months to complete could not really be started till well after Lammas Day, making installation of the magic in the autumn before the winter sets in.

The Magician has been at this point several times with the Castle Builder and nothing has transpired. But this time the Magician feels circumstances require positive enthusiastic action. And the Magician will wait to see if the agreement has been worded more favourably and a little less harsh on a tired over stretched, but patient Magician.