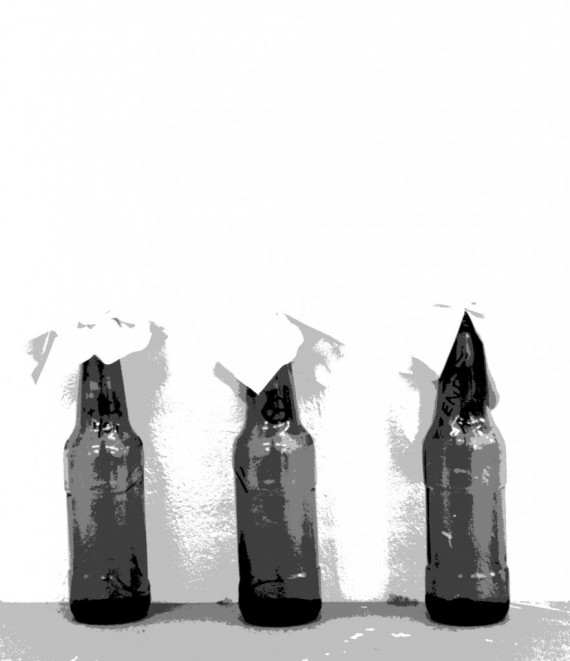 After having to reschedule my event three times due to health and safety issues, I held an open conversation and performance, the main of focus of my final piece for Degree Show. The conversation focused of power as an ever evolving form that plays a crucial part in our education and everyday lives. Turning to how this power can be reversed and the effect of force of a collective opinion, taking money away from those who cherish it and see profit above the of interest of the survival of a community. The rather heated conversation turned to the destruction of a sculpture as a symbol of breaking down the barrier that isolates those who feel they are powerless.

From all of those I invited and constantly pestered from all of the rearranging few of these people turned up; perhaps personal invitations would have made it more successful.

Risk assessment problems could have been avoided had I taken action quicker and realised the problems of my actions to their extremity at an early stage of the process. Notifying the help and safety ‘Estate’ of the weight of the piece (heavy to lift but not to knock over) supported with a picture, alongside with a proposal of the intention to notify all participants to stand far away from the piece during the performance would have made things easier. But hind site is a wonderful thing.

The conversation started of a bit sparse, as the audience were very much of a younger generation when it comes to students; people were not keen to talk.

As the facilitator, I should have taken a little more control when the conversation picked up and decided into a platform for a rant, generally all aspects of the conversation were interesting and without a doubt completely necessary and related to the topic of power and how it controls our lives as well as removing us from reality.

‘Everyone is just swimming with the sharks together,

you have to build a raft to get out.’

I feel that hosting an open conversation and allowing complete strangers to come together and realise they have the same ideas is something that needs to happen more often. As the one who directed this, I reflecting upon more efforts to steer the conversation, I need to evaluate what has been said and how to take it forward in a more acutely consolidating fashion as some of my retaliations were not thought through nor vocalised coherently.

‘Power is a form of control.

Those who spoke had passion in their hearts and fire in their belly, I feel that they were reassured of their ideas by the majority of the participants this is exactly what I wanted to do.

The flow and emotions of the conversation was volatile ending on a positive note which pleased me greatly, the talk of the sweatshop campaign was exactly where I wanted to take all of this negativity around elitist power, it is an example of how a society can reverse its domination to allow a people to manipulate power and how it takes control over our actions.

all the small changes make something happen.

That is where the power is.’

By choosing where we invest our money and how it affects people globally, a community has control.

I’m glad I cut it off before we got onto TTIP.

All quotes are from participants, I decided the video was a bit boring, and you can;t here some people for the wind and seaguls, but that’s just Scotland for you.

The second of the participatory series required a small group of people to throw paint bombs at projections of abstract drawings layered on top of governmental buildings. By recording this I was hoping to reflect upon media bias and the on-going disinterest for the people the majority of working class people media claim to represent.

With this in mind, I wanted to portray how the media views any actions against the governing body. This was inspired by the documentary ‘Chavez: Inside the Coup’ a documentary filming Hugo Chavez, former Venezuelan President, during his kidnapping in an attempt to overthrow a government that sought to give those in poverty better lives. A particular scene demonstrates the nature of media bias perfectly as it exposes the capitalist regime that opposed to Chavez’ ways. The footage depicts of a small group of people shooting over a bridge, however, what appears to be violent and lawless, was an act of defence as police launched an attack on pro-Chavez supporters who were protesting in demand of the return of Chavez.

What media portrays is only part of a whole, all efforts should be made to see the larger picture. This is what I wanted to achieve when documenting this action, a group of people appearing to be rioting without reason, when in reality it is something unharmful and an expression of this anger.

However, the footage I gained from this is about 1 minute of something that just appears to be quite fun and out of context to its original purpose. I feel a necessity to let this grow as it should, but as a lone piece it is not enough.

The violence and anger of the action needs to be opposed, as I do not want to condone violent action,the body of my work does not portray this. With the Faslane blockade approaching I feel that this is the greatest opportunity to document direct non-violent action in its rawest state, it counteracts the staged falsity of the event and emphasises the reality that is missed through governmental censorship in the media.

Alongside what I think is pretty awful footage, the piece of paper that was attached with paint balloons is  a pretty amazing thing in itself.

Should I have the opportunity to exhibit this piece again, I would hope to have the footage alongside this paper, it reminds me of Gustav Metzger’s ‘Liquid Crystal Environment’.

APCP graduate from Duncan of Jordanstone College of Art and Design. My practice is an amalgamation of my studies in philosophy and interest in the political issues in society and how social action allows a community to gain an independent and educated interpretation of the construct of living