The discussion event about the U.F.O project that Nicola Naismith and I undertook, from October 2011 to August 2012, is on tomorrow evening at 7pm. We will at last be launching the Touring Territories blog book of the project. Nicola has yet to see the final, final version after the horror that is proof reading. We have decided to keep the book to a very small limited edition – partly costs (no funding) and partly to fit our purpose of it being integral to, but also the sort of full stop to, the U.F.O archive.

We’re also excited about showing the Project Space’s first artist video screeening evening. The space has shown an individual artist videowork when in connection to a talk or residency, but this is the time work has been shown by several artists with reference to a theme at a QH event. We will be showing work by Erica Eyres and Paul Graham, as well as two short works Nicoal and I made whilst researching/ processing this project. 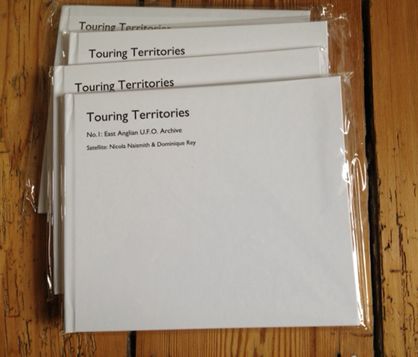 I have been working on the e-mailout blurb for the U.F.O discussion and video screening in the Project Space next Wednesday. Predictably, because I am doing the talk myself, alongside Nicola Naismith, I’ve left it rather late for a mailout, so there’s not much warning about this talk. Usually recently, we have been sending out a monthly e-bulletin of events to cut down on number of messages sent out to people (a flurry of messages can be a bit irritating). Not this month. So, here is the text – I pretty much lifted it from what I placed on the website, but used a nasty, almost fluorescent green in places that probably won’t come out in this post:

In 2011 Naismith and Rey developed ‘Touring Territories’, a collaborative project for the Space Exchange exhibition at Aid and Abet. The project generated intriguing U.F.O-related imagery in the form of photographs, film and text within an interesting collaborative process.

Dave Evans (The Royal Standard, Liverpool) tasked the pair to explore U.F.O sightings in the eastern region. Acting as jobbing researchers, Naismith & Rey travelled to areas of potential sightings through the region, seeking information through field trips, interviews and explorations.

There will be a video screening of 4 short works by Erica Eyres, Paul Graham, Naismith and Rey.

This evening event marks the launch of the Touring Territories U.F.O Archive book.

To book a place for this event contact: [email protected]

Nicola Naismith and Dominique Rey are both founder members of the artists’ collective Satellite, launched in March 2007 as a roaming critical dialogue group. The group meets to critically discuss creative practice, professional development and create opportunities for developing projects and exhibitions. The collective has no permanent physical space and moves around East Anglia for events, studio and exhibition visits.

“We don’t have our own physical space but we have a cultural landscape”.
Dominique Rey in-conversation with Nicola Naismith – Founder members of Satellite.

The Queen of Hungary Project Space 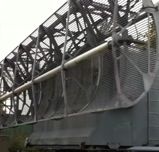 Here is where we meet…Thank you to everyone who came to the events at the Queen of Hungary Project Space ‘Here is where we meet…’ We had a great few days of work, professional development and feedback. Thank you also to those who flagged it up as an art event even if you couldn’t make it. Any other artists wanting to know more about how the project worked, just get in touch. Be glad to chat about it… 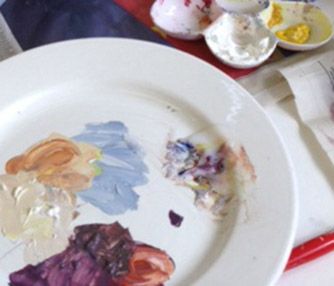 Here Is Where We Meet Residency

3pm
Selecting work for the discussion on Wednesday 31st October at the Project Space.

Here Is Where We Meet Day 5. Tricia, Natalie and Bev were not sure how many people would come to their talk with Nell Croose-Myhill in the evening. We were anxious, not only because we felt a need to display some fruits of our labours so far, but also how we would engage our audience. We need not have worried – about 15 people sat with us in a circle in our space and joined in a really very interesting conversation about individual process and artistic autonomy versus mutual support and constructive critique. There was lively participation and a genuine interest in how we had set up our ‘retreat’ and moved our artistic endeavours forward. Thank you to Nell for leading the conversation. This Sat we wind up our residency with bangers and pumpkin soup at 4pm. Hope you can make it. Bev Broadhead 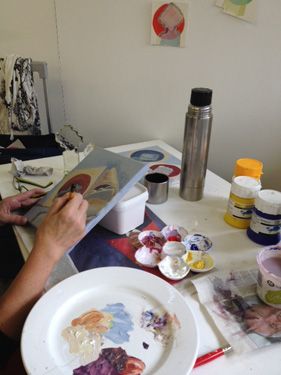