Our 2013 selected artist-in-residence Amelia Crouch has been regularly conversing with Hugh Aldersey-Williams in preparation for their talk on 24th May. Here is the mail-out about for it:

Over the past few weeks artist Amelia Crouch has been exchanging ideas with writer Hugh Aldersey-Williams about the writings of 17th century Norfolk philosopher Thomas Browne, whose statue dominates the Haymarket in Norwich. Their conversations on contemporary and historical fibs, falsifications and fancies will form the subject matter for Amelia’s work in the Project Space over the Festival period. Using animated video, drawing and digital print, Amelia will be making experimental text works based on recent newspaper headlines and political speeches.

There will be a bus provided by Aylsham Care Trust to transport you to The Queen of Hungary, leaving the Market Place at 4.45pm and returning after the talk.

Directions – leaving the A140 from Norwich go through the centre of Aylsham taking the old Cromer road towards Ingworth. 200m on your right you will see a sign saying the Meadows. Just after the speed limit end signs turn left up the track, and after 100m left through the gate into the parking area. The Project Space is fully wheelchair accessible and there is parking at the front of the space. Toilet 100m distance

About the Queen of Hungary Project Space: Organisers Dominique Rey, Chloe Mandy & Stephanie Douet. Between 2001/4 Stephanie Douet and Dominique Rey ran the Queen of Hungary gallery in Norwich, showing experimental site-specific work by over 70 national and regional artists. The Queen of Hungary Project Space builds on their experience; it will provide an artist-led space that caters for the needs of regional artists to network. to upgrade their skills, to have a place in which they can try new work in a supportive environment, while maintaining the uncompromising ambitions of the previous gallery.

We had a warm and intriguing evening on Saturday accompanying Mark on a tour around the Project Space as he discussed life and artwork and areas in-between. More of a journey really from Melody Maker 1990 to visualising and constructing Kant. The crowd was lively but not dangerous and food and wine was consumed afterwards as the Project Space was transformed into a candle-lit bistro. The Belling worked well and the electricity didn’t blow. I call that a good evening. 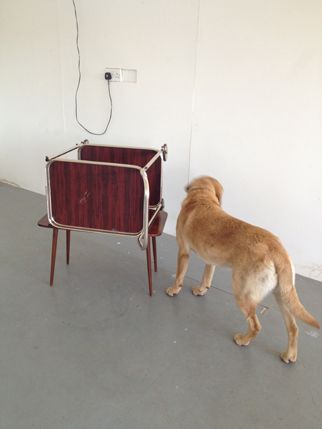 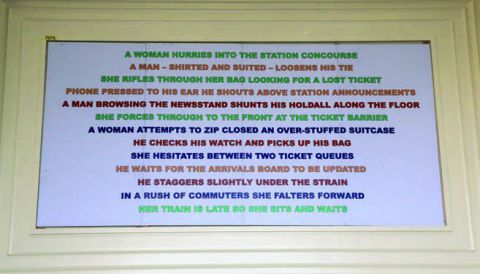 Our next event is Mark Wilsher’s ‘One Night Biographical Retrospective” exhibition / talk / tour and it sounds stimulating and absorbing. Mark says:

“I want to talk about how various experiences I’ve had over the years have led me to get interested in issues of the audience, publicness and now the social sphere. Also how personal circumstances like family and health can effect what you do as an artist. So I would mix together some artworks from the last 10 years or so, plus documents, books and other ephemera.

“My plan is, instead of sitting talking to an audience in front of a projection, to do a standing, walking around the gallery type of talk where the audience can have a good look at the works, flick through books, read leaflets etc while I talk. I hope that this will make the whole process come alive, and people can really engage with the creative processes I have been working through.”

Mark Wilsher has exhibited at the Henry Moore Institute, the ICA, Chelsea Space, Outpost and at EAST International. He also writes regularly for Art Monthly magazine and has worked as a curator at various public spaces in London. This talk will be illustrated with a one-night biographical retrospective exhibition.

JOIN THE ARTIST AND QUEEN OF HUNGARY FOR VEGETARIAN STUDIO SUPPER / £5.00 per person TALK ONLY: DONATIONS £3.00 / BOOKING from [email protected]

Stephanie will be cooking, for those who stay behind, a vat of mix-up veggie curry in the studio on the Belling hob-top (normally used for instant noodles and more poisonous concotions). 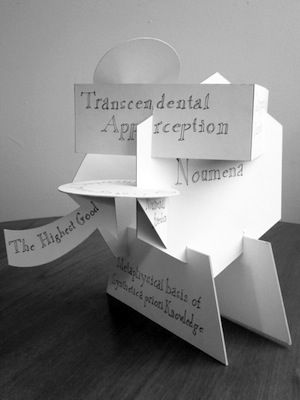 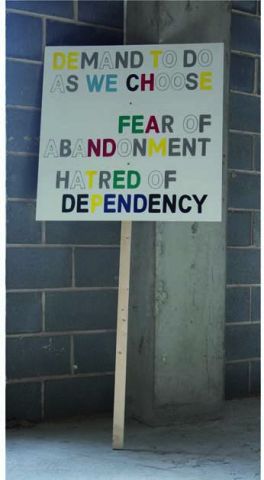