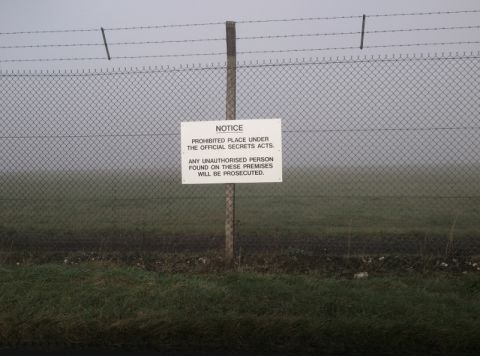 Documenting the research and production process for ACE funded project Cicatrix – the scar of a healed wound www.cicatrix.co.uk Follow us on Twitter https://twitter.com/cicatrixart and on Facebook https://www.facebook.com/pages/Cicatrix/6444299956…

Finally I can now bring the project up to date after what has been a ridiculously exhausting culmination of the first complete exhibition of Cicatrix. I say complete as a much scaled-down version was shown at Wiltshire Council’s new flagship building prior to the major launch. Wilts council have been a massive support both financially and practically in this project and, despite the fact that this initial space was never going to be ideal to show the work, we needed to begin there, using it as leverage to secure funding and larger spaces in the future.

And so the Young Gallery in Salisbury was the main space to kick the project off. Quite a large space, it has in the past exhibited a eclectic mix of traditional and contemporary work, unknown to most, also housing a rather sizeable and growing private collection. As part of the exhibition there, we had the privilege of selecting from the private collection a number of pieces of work which reflected in some way our own areas of interest and include them in the show. Despite being massively stressful at times, it has been a real pleasure to work so closely with other artists and the three of us spent a lovely morning sifting through the piles of work to unearth a Blackadder etching, a sketch by Henry Moore, work by Roy Eastland and many others.

Hanging the exhibition I think took about 10 years off my life, with the trek in and out for five days to prepare the gallery etc. Even the day before the opening the curator of the Young Gallery set off in his van on a couple of hours journey to get an entire wall from another site when we felt the current division wasn’t up to scratch. In the end the last framed piece of work went up 5 min before the show was due to open. As I drove to the opening I passed the fluttering red flag by the roadside and realised just how much has happened since I took the first photograph of it for this project.

Back to the event. Rather than the usual crisps and wine we thought we’d put a bit more effort into the opening. As juniper berries played a large part in much of the work (these prehistoric plants are threatened on Salisbury Plain) we just had to have some Gin, but with the opening being at 2 PM we did a bit of research into earl grey gin cocktails and managed to create a tea party with an added kick. Dr Alison Hems from Bath University, the head of the masters degree course there with a particular interest into land, heritage and memory, spoke at the opening and we managed to get a crowd of over 100 there on that day.

Further on in the month we hosted a discussion forum with the title ‘How do artists navigate difficult ground?’. This was hosted by the curator of the Young Gallery Peter Riley and chaired by Fiona Cassidy curator at the Salisbury Arts Centre. In the end it certainly lived up to its name as one particular older artist had real issues with the betrayal of Porton Down in the film and I think with film as a medium full stop. Try as we might to move the discussion on, this particular woman managed to monopolise the event and raised the hackles of the rest of the audience to such an extent that people actually got on her feet to voice their objections to her stance. If nothing else it was certainly heated.

And so as I write this the work is all packed up and ready to move to the next venue and so far to another two venues after that. I don’t think we anticipated when we began this project that touring is such a commitment to take on as the process of taking down, moving it and curating the hanging each time is damned hard work. In the week of the discussion forum I also put up a show at Southampton Solent University, one at No Format Gallery in London and prepared and presented the details of a major commission to an educational research organisation, so quite a ridiculously busy week. The participatory arm of the project, working closely with a small group from an organisation for rehabilitating people with homelessness and addiction and their response to the exhibition, has also been evolving and, proving to be the most emotional and enriching aspect of the project, is shaping up to be quite a journey for us all.

For the moment though I’m going leave this blog here. As a touring project it promises to evolve with the venues as each one offers a different space and experience. In Spring of next year we will be running a days workshop for students at Bath Spa University, examining these crossovers of land, history, scarring and memory. The World War I centenary has settled a little bit more into the background for the moment but the central theme of Cicatrix, the scar of a healed wound, will continue to be relevant as long as conflict continues to leave its mark, whether that’s across the various military engagements or within the internal conflicts we each experience in our own lives.

For a limited period of time, I have taken the privacy restrictions off ‘Experimental Ground’ and you can view it on Vimeo here

At this stage of the project I can almost bring you up to date with where we are now. I find the detail of editing video quite a painful process as it is so incredibly detailed and repetitive, each minute of film being watched over and over and over again, tweaking tiny moments here and there. This is the longest piece of work I have ever made on video, 14 min long, and found the hardest practical issue to deal with (this will make any sense to anyone that doesn’t use editing software I’m afraid) was keeping the timeline of the film, the music, sound and speech etc all within visibility in its entirety on screen at one time (probably something much more accomplished professional could do easily). In a sense it’s a little like a painting where you need to stand back now and then and view the work in its entirety to ensure balance amongst the different elements you’re working with. I find this much more difficult with a longer piece of video work, something I hadn’t anticipated.

Moving on from actually making the film, myself and the other two artists involved are constantly working on connections, promotion and opportunities to negotiate touring exhibitions. On top of this there is the online activity to keep up, catalogue to design, writers involved and posters and publicity to be dealt with. Interspersed amongst council meetings, symposiums we’ve attended and the general more mundane work of the project we have had a couple of really inspiring interactions with people along the way.

Getting some academic writing to underpin the project has always been a goal and in addition to Richard Osgood’s much appreciated contribution (senior archaeologist for the MoD) we were lucky enough to have a day set aside to explore the context and work with Ewan Clayton, professor at Sunderland University. Ewan Clayton shares a historical past with Prudence Maltby in that both their families were once members of the Guild of craftsmen on Ditchling Common,

founded by Eric Gill (of Gill Sans), indeed Ewan was the last member to join. In addition to touring the world lecturing on the art of calligraphy, Ewan also has a close relationship with drawing and contributes to the teaching at the Prince’s Drawing school in London. As Prudence Maltby’s practice has become centred around drawing this is where Ewan has become involved in the project.

We shared a fabulous day with Ewan, he reminiscing with Pru over the unique lifestyle they all shared as Guild members. An experimental art colony based on a heady mix of creativity, religion and rudimentary living it’s philosophy is engraved on the stone plaque which is all that remains of the Guild, now housed in Cheltenham Museum. It reads,

‘Men rich in virtue studying beautifulness living in peace in their houses’ .

Later on in the month we had the pleasure of meeting up with Dr Alison Hems, who will be speaking at the opening of our exhibition in Salisbury on 30 August. Alison is head of Heritage and applied history at Bath spa and has a particular overlap in her interests with contemporary art and particularly memory as the ’fourth dimension’ of landscape. As Cicatrix is a project which explores land shaped and scarred by history, Alison could see many instances were the project could be used as a catalyst to draw various departments in history, art, curating and film etc together and we had a really enjoyable afternoon exploring these possibilities which, if all goes to plan, we will begin to shape into a pilot collaboration in the Autumn.

While all this was going on of course I am also developing my own work outside of the now finished video as AA2A resident artist at Solent Uni in Southampton, while also keeping participatory workshops and teaching bubbling along in an attempt to keep our head above water financially. No matter what funding is gained however it seems that each project will inevitably run into many more hours than anticipated.

I hope this gives you an idea of the detail and time involved in putting together a touring exhibition such as this. Not only has this year been absolutely exhausting but I am continuing to learn at every point and if I ever survive to undertake a similar project myself in the future I will be much more clued up when applying for funding as to the exact expense the whole thing entails.