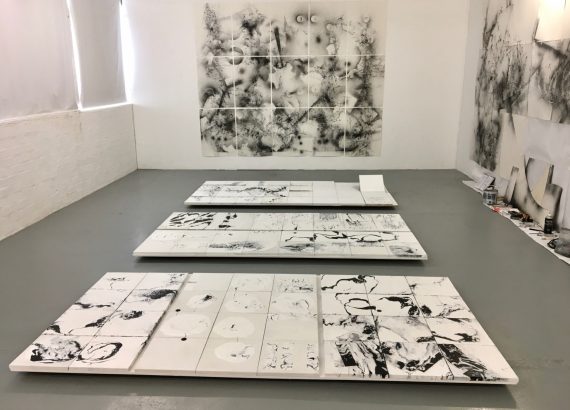 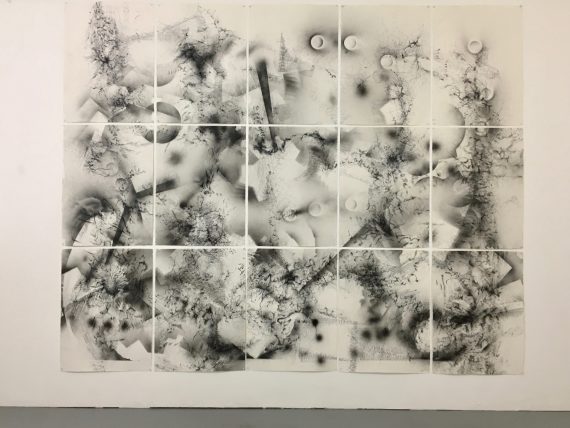 Despite obvious differences the specialisms of fine art and particle physics are both concerned with making the invisible visible.

Scientific developments have seen the “everyday” dissolve into sub-atomic interactions only accessible by examining traces left in an enabling medium in a detector. A process mirrored by the artist expressing ideas and emotions through marks made and materials manipulated. Taking the same journey from something hidden to something revealed.

Indeed the physicist’s relationship to their detectors has striking parallels with the relationship of the artist to their media and methods.

“Detectors are really the way that physicists express themselves, to say something that you have in your guts. In the case of painters, it’s painting with sculptors, its sculpture and in the case of the experimental physicist its detectors! The detector is the image of the guy who designed it.”

The work compares and contrasts the material cultures surrounding the two disciplines and focuses on a piece of essential equipment in each case, the sketchbook and the most advanced form of detector, the particle collider.

The sketchbook and the collider are arenas where different elements are brought together, sometimes violently! They both involve “active processes” that create and examine the visible traces of hidden interactions to determine if something significant has happened to change the way we understand the world around us.

The title “collision event” is the term given by physicists to particles colliding and in the context of the exhibition refers to the different specialisms coming together. 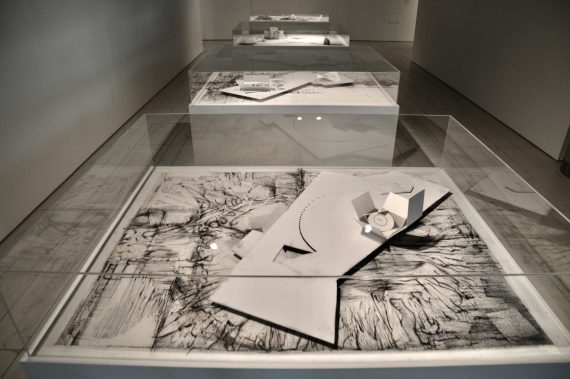 Referring to Paul Klee’s Bauhaus lecture notes published as “The thinking Eye”, the mechanics of making a drawing are exposed and equivalents sought between the particle characteristics of spin, mass and charge and the graphic elements of point, line and shape.

This creates an intimate connection between the visual language of drawing, the basic artistic activity and the interaction of elemental particles that create the universe and us.