Well, I did a little bit of proper thinking. I’m not too sure that it has got me very far. I drew a flow chart, plotted all my bits of work…. This was the map to find my way through it. Which I did! I navigated my way round this diagram, drew arrows, linked ideas together. Certainty arrived. I closed the book with a smug, tired smile. I put the lids on all the coloured pens I had used to make this treasure map. Content, I slept. For ages!

Then I woke up.

Certainty is a slippery little beast isn’t he?

I looked at the words again, and they were fine, but something was bugging me about it all. It seemed perfect still, so what on earth was the matter with me?

It is now, 3 days later that I am struck by it. It is only now, after all the decorating is finished that I have time to sit and make something. So here I sit. I am surrounded with materials, I have my map, what else can I possibly need?? Bug bug bugged… oh bugger…

Where do I go now? Hahaha! What an idiot! I know where I’ve been, but still no idea what to do next. There is no sign of any resolution to all this. If anything, more questions. I don’t even know what I’m going to do right next… the next step… pencil or needle?

Maybe I need to upgrade from home made treasure map to sat nav?

Meanwhile, as there is no news today, let’s all listen to a bit of soothing music…

This “Women can multi-task” thing… is it a myth?

This week, having at last got the leak and the re-plastering done, we are decorating the sitting room. I’d quite like to sit and do a lot of thinking about this art stuff really instead. In the olden days, my husband and I used to be able to paint a room in a day – or so it seemed. These days it seems to take weeks. My mind wanders in a satisfactory manner while I’m doing it though. I’m revelling in the intrinsic haptic response, and revelling in the fact I can still remember what that means.

But it’s not proper thinking. I’m sure there’s an element of sifting, sorting and filing going on up there while I grin like an idiot and paint. (Actually, that’s another thing… why is a 4” paintbrush SO much more pleasing to wield than a roller, which is my husband’s preferred method?) I can’t seem to do the proper thinking while I’m painting the wall.

For the proper thinking, I’m going to need to absent myself from distractions for a good stretch of time, much like I did with the songwriting. Find a cafe WITHOUT wifi and get on with stuff. I want to draw diagrams. I like diagrams. I am quite partial to the Venn diagram and the flow chart. They help me make connections, and interestingly, they help dispel myths.. The connections that I thought were there that turn out not to be at all! Another case of the Sketchbook Lie! I might make myself a different sketchbook out of tracing paper and layout paper. See what seeps through the layers. I might get out some graph paper… (just to colour in the squares probably, so don’t get all excited).

I think, what I REALLY need to do (as well as not keep using CAPS) is get all this bloody work up onto a wall somewhere. A big wall. So I can space it out and look at it properly. I want to sneak up on it unawares and go “Aha!”

I’d quite like some other people to take a look at it too. There are a lot of bits and pieces, little elements. I need someone to tell me that it all hangs together and makes some sort of sense. Or not. 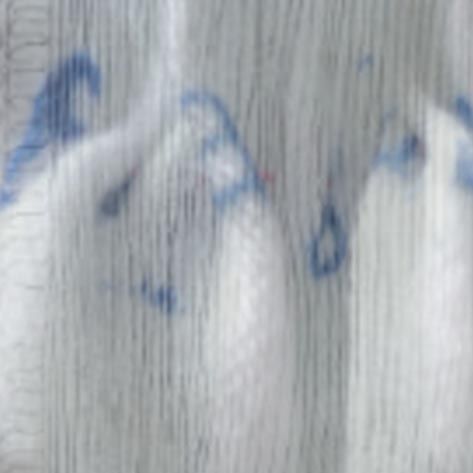 A rethink, a fresh look, a prod in a different direction.

I’m banging on about “the conversation” again. The conversation that keeps things on the right track, sharp, prevents complacency and comfort.

I don’t think it matters where it comes from as long as you have it. Actually, YOU might not need it in the slightest, you might be capable of doing your own clear thinking. I, however, need help. I’ve had help from courses, tutors, other artists, musicians, books, other art works, music… all sorts. But it seems I can’t function as the kind of artist I want to be without the conversations.

Since 2010, Bo Jones has been the other side of my artistic conversation. And even when he’s nowhere near, I can sometimes see him smirking at me, and I think again… or ignore it at my peril!

After a couple of hours with him, doing what might seem to other people like arguing, all is clearer, and I am now focussed on the task ahead. I had taken a whole pile of work with me, textiles mostly, but a couple of the scrumpled up drawings and some digital images.

At the pile of textiles, Bo said he’d seen all that before. It was my comfort blanket… in the case of one piece, literally. Oh. Right. Ok. I pulled out four balls of scrumpled up tracing paper drawings, and started smoothing them out.

Why are you doing that?

Why did you screw them up?

What does the scrumpling add to it?

Frankly, he’s a pain in the arse.

(He never reads this anyway, so I’m safe!)

But I recognise his worth, so all is well eh?

We discussed (well, I might have ranted a bit) the fact that there are different kinds of artists, and if the MA we did together had one fault, it was that this wasn’t discussed. There was an implicit expectation that (fine art) success was judged along one path, or at least paths that vaguely led in the same direction: an Arts Council grant, a residency in a “proper” gallery (you know what I mean), an Axis webpage… blah blah blah…

Bo isn’t that, but he’s a bloody good teacher (and he’s still mine, long after graduation).

I’m certainly not either. If I was judged by those criteria, I can put several ticks in the failed boxes. I have the rejection emails to prove it, from the time when I thought this was what I should do.

But failure makes you feel rubbish.

Be a different sort of artist.

Be a bloody good art teacher

Be a runner of workshops

Be a planner of your own event

Hire a space and be your own curator

So… do these two things live together? Can I still take part in the critical conversation without buying into the arty-bollocks prescribed pathway to “success”?

Yes. I can. Because I can move the goalposts.

As long as I am participating in the conversation that satisfies my own sense of critical worth/ validity/strength/robustness or whatever you want to call it, I don’t care. As long as I can find myself enough to do to carry on doing it, I don’t give a monkey’s…. Erm…. Well…. Nearly….

Trouble is, that’s all fairly internal isn’t it?

How valid is it? Is it valid just because I say so?

How do I measure success then?

Does it have to be measured even?

What are my criteria?

Is this the place to say I really enjoy having my blog in the top ten? (thank you)

I like being asked to go to New York.

I like putting up my shed and asking people to sing and play in it.

For now, that will do. When I have another difficult conversation with Bo, and decide it’s not enough, or just plain wrong… I’ll move my goalposts again.