within what i do i often use a camera to record and document things what i’ve done.  yesterday this was spun on it’s head.

anton hecht makes videos with people in them. the people sing.  slightly awkwardly at times.  in an unexpected twist to blogging on a-n, anton invited me to participate in an a-n commissioned project about blogging.

yesterday i met anton and tim and jason at the morrisons in belper.  an unsuspecting place for a video shoot to begin.  i do love how there are so many unknown narratives at the supermarket. 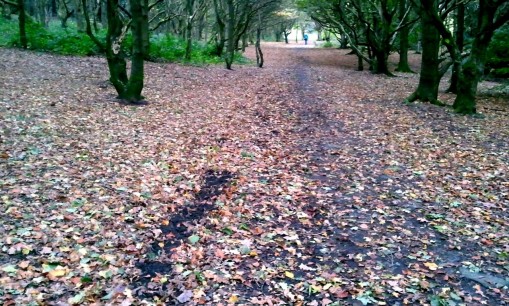 i’d tried to persuade anton to film in belper parks.  he went with the idea and i got the necessary permissions from the council landscape services department.  as we left the warmth of morrisons we all knew that the rain was pushing us to strutts community centre to make the filming.

the concept for anton’s film is a blog post set to music. tim had written and performed on an accordian the tune to which i was to “sing” to.  i sometimes improvise a couple of lines with the children, so when anton’s invitation originally arrived to sing a blog post, i laughed and agreed on the basis of what could possibly go wrong!!? 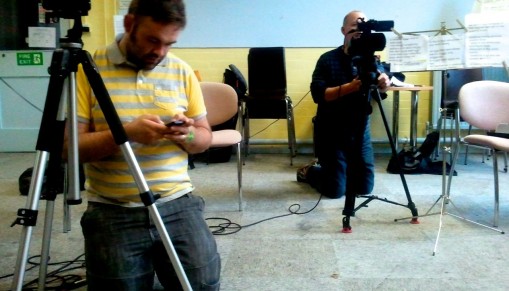 when the words arrived from anton i was quite shocked at the dark tone of what i’d written.  it’s truthful of my situation, however in reflecting about the words it now doesn’t surprise me that i get so little interaction with the posts.

i found the process of listening to music and saying words out loud in a musical manner very difficult.  it became a little easier when we moved location within the centre. the extra capacity to move and gesture helped me with internation and sense of meaning. 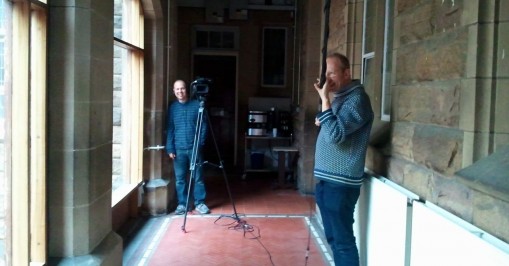 the filming seemed to be very slow and there were a couple of times where i felt that i wasn’t doing very well. my response to this was to put extra effort into what i was doing and i think this produced some surprising physical movements that certainly brought a smile to cameraman jason’s face.

so the “singing” is in the can. i wait with some excitement the edit. the question for me is what will the children think of it? what will the blogging community make of it ? 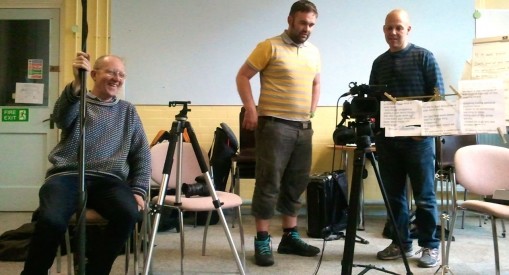 today i’ve been accompanied by

i’ve submitted to an open competition, it’s a first for me. it’s partly due to some encouragement from a friend.  i’m pleased to have gotten all the file compressing and image correctly formatted and submission made. 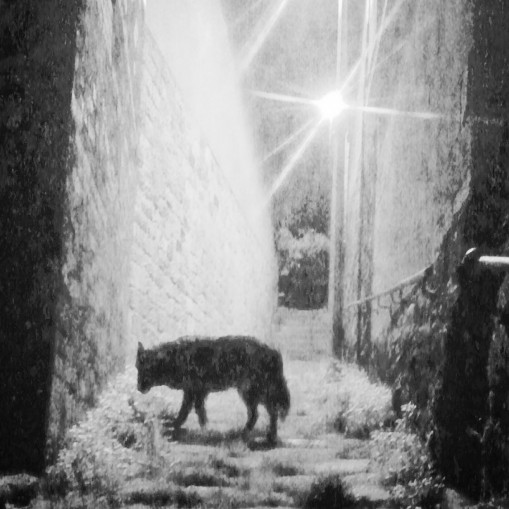 after the disappointing finish to yesterday i’ve been so pleased today with the improvements made.

i’m currently working on two opportunities.  my frustation yesterday was with one of these.

after an overnight reflection, the work is feeling much better today.

so much so that i’ve opened up about it on my faceboook page.

i’m trying to prepare some work for a submission.

today the process has gotten me to a point where i don;t have the feeling from the work that i’m after.

it felt important to write about this.

i will work to improve the feeling and hopefully this will be in time for the deadline.