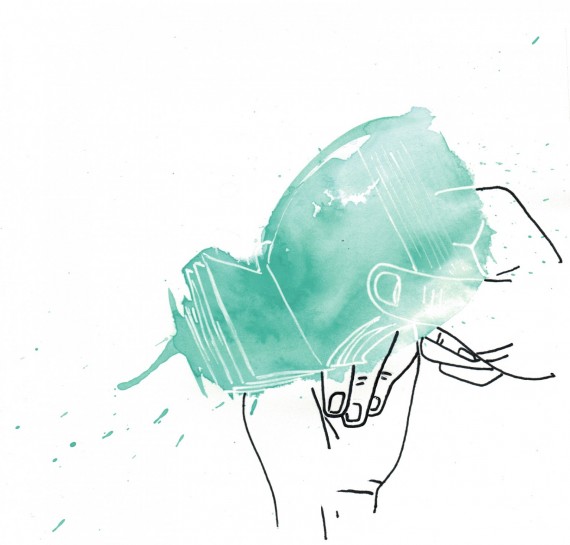 Or the Little show that could. I have learnt something so it might be of interest to other artists. ‘Undercover Flipbooks’. This was a show in Darlington library where I commissioned 12 artists to create flip animations in a  book of their choice, and then these books were placed on the library shelves amongst the normal stock. There were sheets made that visitors to the library could take and use to find the books on the shelves. The show started to become successful, got a good deal of local publicity and a good number of people came to the show and enjoyed it. I started a tumblr blog about it, and I made a number of short films of the books being flipped to camera, just fifteen seconds or so and put these online, and they proved really popular, and the three short films between them got 200,000 views. This is not by accident, I think it is important for artists to know, painters and drawers etc, that the internet love art, and they especially love quirky art, and they like short videos of this art. On Reddit the news site we just missed the front page and got 2000 upvotes. So if you make work of any sort, do make a little short film and put it online, and let Reddit know. Then library as Incubator, an online site that promotes art in libraries in the USA did a piece about it, and asked about showing the work in the USA. They put a call out and now the work is touring libraries in the USA, at the moment in Falmouth before going to Seattle and then we were asked to send the info to Manhattan, so fingers crossed..

So there are many streams in which artists can distribute work, and it is important I think that if something is made in a place it doesn’t have to stay in that place. lately I have thought that galleries are hard, and don’t always want you inside their walls. So taking art to the public, which I know other people do, is good. You can show in windows, etc. Though often that kind of showing lacks cultural worth, but through documenting the work and it achieving success online, suddenly a work in a window becomes viewed by the world and attains some cultural collateral. The works in the library were being spoken about in Japan. Also it was a way of taking drawing, or taking hand made animations, and through the concept allowing it to become part of some of the modern cultural tropes of interactivity, of experientially, of using gamification, making the art fun, making it into a scavenger hunt. So the work itself being embedded in a gamified environment suddenly lifted it to become something more than the drawings itself. Also that small scale can be good, and finding alternative distribution streams,  it probably wouldn’t work without changing the way the audience interacts with it. Maybe don’t show the work at first, make the audience work. Libraries have been great taking the work and placing it into the actual library, as it doesn’t take up anymore space it has a limitless touring possibility.

Also this is a real world show, that benefitted from online success, to have further real world distribution. So it is a virtuous circle. Not showing work in galleries can be a good thing. I think there must be many more ways of showing like this that can really interest the public. 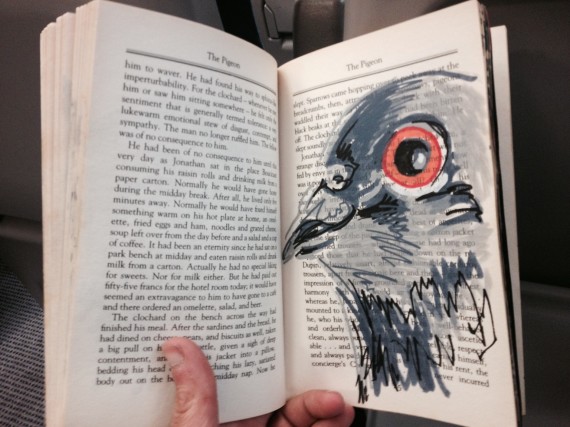 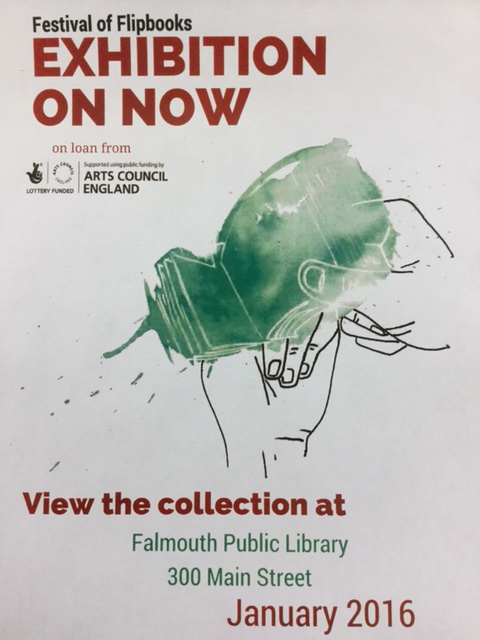