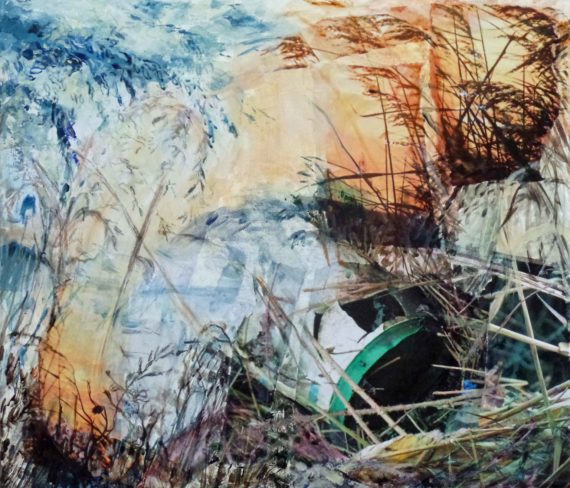 “One picture worth ten thousand words”… (as quoted from a Japanese proverb by Barnard in 1927)…  But ironically, put a web-search for  ‘dyslexia’ and you will get a lot of words and not many pictures!

However, Hull based photographer Miranda Harr is re-dressing the balance through her exhibition and web-based resource Dyslexia Portrait. Tucked into the corner of Brynmore Jones  library I found it hard to find the exhibition (oops, that’s me failing to read the information properly!) and whilst I appreciated the physical exhibition space I enjoyed the website more. For me, both online and at the exhibition, the audio montage was an integral part of the project presentation. I wonder if the captivating images could be paired with the audio file to make a short video projection of the photomontages?  Combining personal narrative with powerful visual images representing dyslexia could provide a fantastic and accessible resource on the subject?

The exhibition and website are refreshing in the holistic way they represent dyslexia – this isn’t hyping up dyslexic role models the rest of us can’t hope to live up to… it is a very real and inspiring snapshot of people’s success, tenacity and perseverance through a maze of complex and often mis-understood issues around literacy, information processing and cognitive perception. What I like about the project is the diversity of individuals interviewed  – from famous football managers and singers, to ‘extra-ordinary ordinary folk’ of a whole range of ages and interests. The diversity present within the participants in the dyslexia portrait powerfully challenges the preconceptions and stigma associated with difference.

For more information on the project visit: www.dyslexiaportrait.com 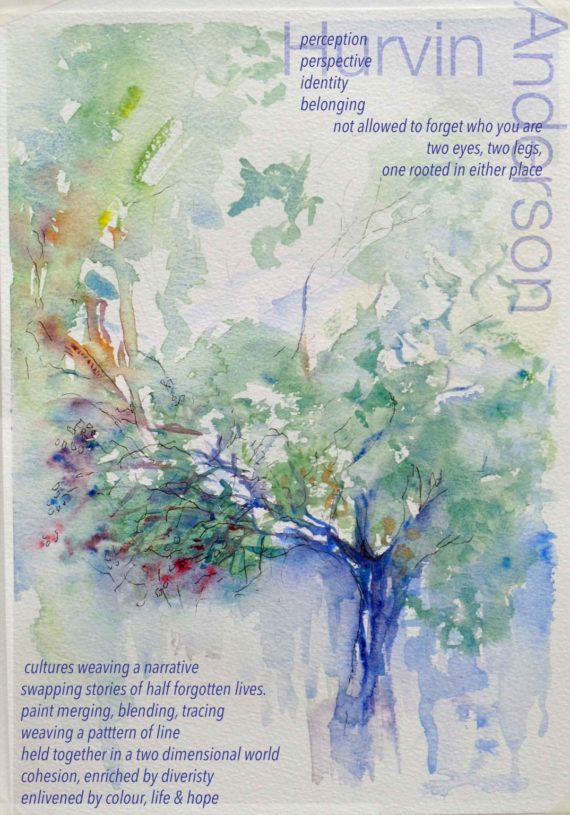 My response to Hurvin Anderson’s painting Greensleeves (2017) in the Turner Prize exhibition 2017. My image was painted in watercolour,

Congregating outside Feren’s Art Gallery, amidst an unusually high number of coaches dropping people off, we had arrived at Turner Prize 2017! Yes, that’s right the Turner Prize,  in Hull! So, in we went, to discuss, experience and encounter the work. I was a bit lost getting around but there was a handy map available from one of the City of Culture volunteers, and helpfully the very first room you entered was full of some beautiful coloured and rich paintings with interesting planes and a variety of painterly marks weaving foliage, cultures and narrative into a complex shifting perspective. Hurvin Anderson’s paintings had a cultural /social /equity message but were fantastic to look at too. I was interested as to why some were hung framed and others not. And intrigued by the variety of pieces displayed by the one artist, unified by his exploration of diaspora – an eye on two cultures, one weaving into the other; and a unique play on perspective – lines of space shifting along with identity, memory and time. Placing Hurvin Anderson’s work in the first gallery space made an accessible entrance that made even me (a bit of a gallery phobic!) want to see more.

Andrea Buttner’s work was more conceptually based, and some of her pieces had me a bit befuddled. (I’m not one for reading gallery text so… was a bit unclear on the link between her work and the photography displayed). I really liked her beggar prints which were evocative in their apparent simplicity of line. She spoke in her Hull2017 interview about her interest in the narrative of shame, and about the iconography of beggars being so limited when she tried to research this. The combination of almost child-like drawing and the simple lines possible in her woodcut technique give these an emotive power… but some of her other work is quite esoteric. Without an understanding ‘why’, a stretched flat blue canvas is the sort of art that gives artists a bad name..? But, perhaps that points us all towards the bigger question without a clear-cut answer – what is art anyway? Maybe the ignorance was on my part for not finding out what her work meant? For not digging a bit deeper below the naivety of surface appearance.

Next up were the two films by Rosalind Nashashibi – Electric Gaza and Rosalind’s Garden. Two very different films, shown in cinematic conditions. Once I had extricated myself from getting tied up in the curtain and bumping into a wall on the way in… they were… well I don’t know how well placed I am to judge…! I’m not entirely sure I ‘got’ them. Electric Gaza was clever, building tension without obvious narrative, but didn’t seem to lead the viewer anywhere. Having said which I was intrigued enough to feel this warranted another visit to try and understand it better. Rosalind’s Garden was beautiful and intimate, rather sad, and I was confused as to the point. The filming was excellent, and Rosalind’s Garden was, certainly the most effective of the two in pointing to a wider context of social strife through the microcosm of a small group of individual’s lives. For me the films were very well made, and thoughtfully put together but perhaps a bit long?

Finally (having got a bit lost – or did I just de-tour back to Hurvin Anderson’s trees because I like the brush marks, techniques, and colours?) – Lubaina Himid. Her Fashionable Marriage collaged tableaux made in 1987, featured Margaret Thatcher and Ronald Reagan in a theatrical style political satire which I found hard to follow. I loved the energy and passion behind Himid’s work though, and certainly in her newspaper subversions she had some very valid and important points to make which, considering the age of the submission, are sadly still as relevant today as they were at the time of her making the work. It felt to me though that she was shouting louder in the same language as we have heard many times before – a strategy which is of course valid, but for me lacked the nuance of Anderson’s work which seemed to make similar socio-political points in a more rooted and lyrical cadence.

Overall an interesting, mature and varied exhibition – well worth a visit! 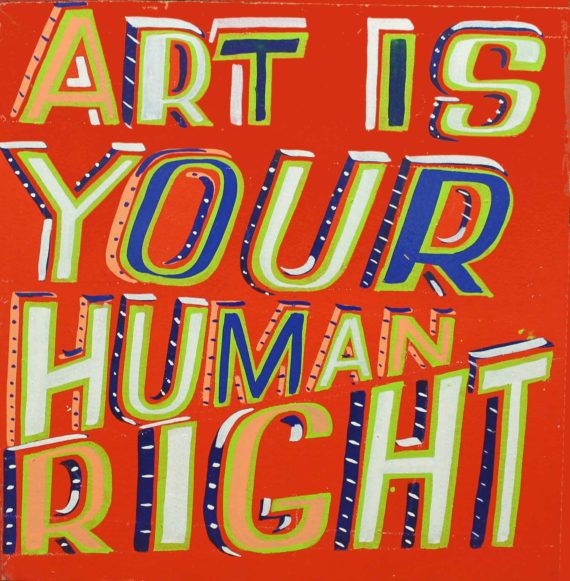 ‘Art is your human right’ – a bold statement…

This statement (the title of Bob and Roberta Smith’s 2015 show) – assuming we agree – begs another question: why is it that more of us adults don’t engage in regular art activities or creative practice as a way of expressing our unique selves?

ArtLink’s Square Peg project focus group have been looking at ways to enable all sections of the community to have access to quality arts opportunities, and as part of the Underlined project I’ve been privileged to work together with Rachel, Adam & Kath to facilitate the first of two art-based workshops for the Memory Café (part of Alzheimer’s Society East Riding and Yorkshire).

Engaging with the art workshop, people shared tories of cars stuck in floods, cats that came and never left, and bats that hung around the office worrying away the working day, weaving a rich narrative around the visual interplay of collaging Matisse-style cut-outs, and negotiating compositional flow. A thoroughly enjoyable session. 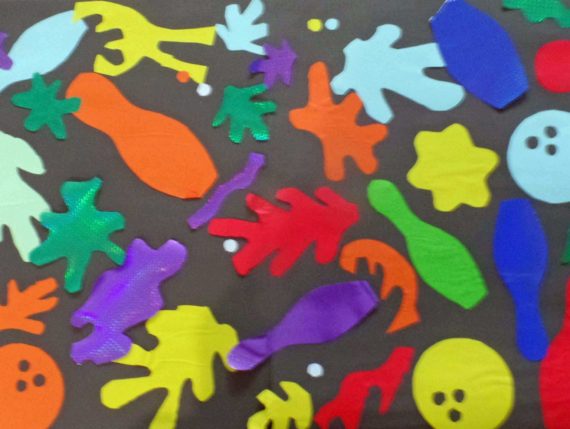