Yesterday Darren and I looked through all the work we have done during our research project, and it was amazing to look back at all the experimental work we have done between ourselves and with dancer Hannah Kidd over the last year. Some of our early trials have inevitably had to be put to one side in order to pursue particular ideas.

We talked about the feedback from the Open Studios, and the interesting insights people have had on the work:


The piece that Gill Hedley wrote after viewing our installations at The Place in December, Elastic Collision, is also a great resource for thinking about where we might take the work next.

We talked a lot about what has emerged and what we should aim to take forward. Whilst there was a very positive response by viewers to all the work the overwhelming feedback was that people are interested in getting more immersed, and possible getting into the elastic themselves. This confirmed our own interest in developing installations that surround the viewer with projected film, installed elastic and the potential for life dancers. We are also keen to take further our initial development of choreography based on movement in the elastic, which we had very little time to explore properly.

Our final Open Studio completed our research and development project. We had three film installations in three spaces, the work was there for four days for people to come in, look and talk about the work, and there was a two hour public discussion on the Thursday evening facilitated by dancer Kate Marsh.

We were pleased to find that the projections through installed elastic worked so well in a space other than my studio, and presenting Tea Break as a projected diptych was very successful. The figures were almost life size so people related to the action in a different way than when they were on a small scale. Visitors could sit and watch the work as they would a film and therefore they stayed longer, and the relationship between the action and the particular movements was clearer.

There was a high level of engagement with all of the work and the discussions have given us fantastic insights into how the work changes according to the presentation and context. They also demonstrated how viewers bring their own experience to the work, making a wide range of allusions but always within the core concepts we are working with.

This film provides an evaluative record of the installations at Metal and the public discussion. 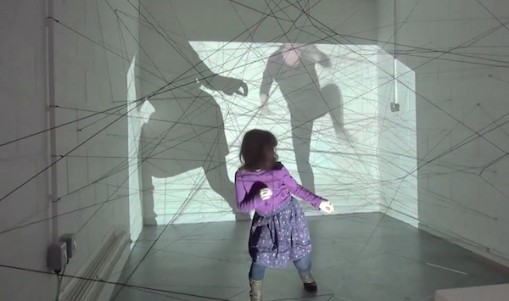 Our third and final Open Studio enabled us to install work emerging from our R&D in a new context and to get feedback from a different audience. We immediately responded to the studio at Metal, which corresponds with my studio, where we have carried out our research. 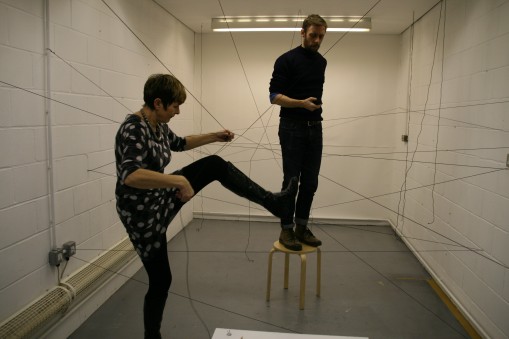 We were also keen to install Living Room in the accessible toilet, and projected the Tea Break diptych nearly life size, having presented them previously on framed mini iPads.
The team at Metal were so accommodating and worked hard to get all the work set up as we wanted it. 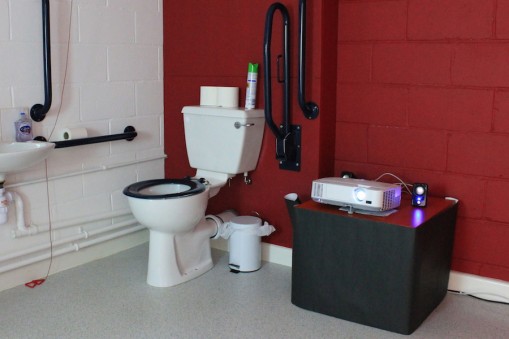 I went to Metal in Peterborough to meet dancer Kate Marsh and see what she is doing on a Time and Space residency, as part of her G4A funded research. She is working with dancer Kelly O’Brien to start to develop their own choreography, informed by the specificity of their bodies, each having a missing limb. It was exciting to learn about the potential of this approach, how their particular physicality informs and enriches their collaborative practice and performance.

We could immediately see connections between our work, with ideas about embodiment, and an interest in the relationship of the arts to socio-political issues. 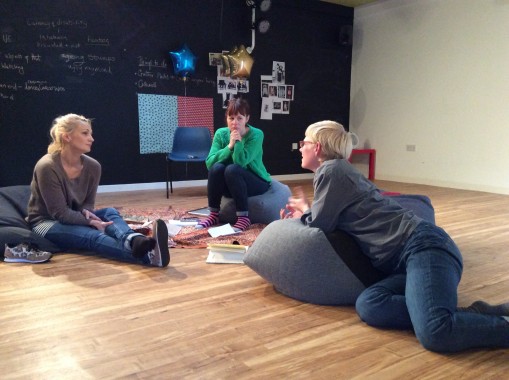 Showing work at Metal provides an opportunity to try out different ways of installing the films Darren and I have been working on. I’m editing Tea Break I & II on a split screen with the idea of projecting them on a larger scale this time, but still seen as a pair with all the interesting juxtapositions of movement. 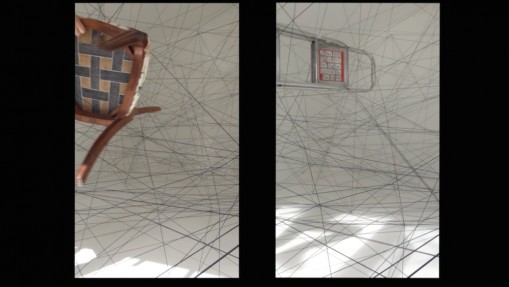