I was selected to take part in a five day Ideas Lab from 28 January to 1 February 2013, organised by METAL and hosted by Pacitti Company in Ipswich. This was a fantastic opportunity to learn about film editing, surround sound, lighting, computer programming….. and to develop some skills associated with ongoing work. It was also great to work with Pacitti and meet other artists from the region.

Information about the METAL Culture Labs can be found here

and a film of the Ipswich Lab can be seen here

During the week each of the artists spent time, with technical support, working on an idea which incorporated things learnt on the Lab. I worked with trial footage from the elastic web, developing the ambient sound and adding specially recorded sound which was edited to coincide with the original. I was then able to project the film with the new soundtrack in the narrow space of Pacitti’s corridor. 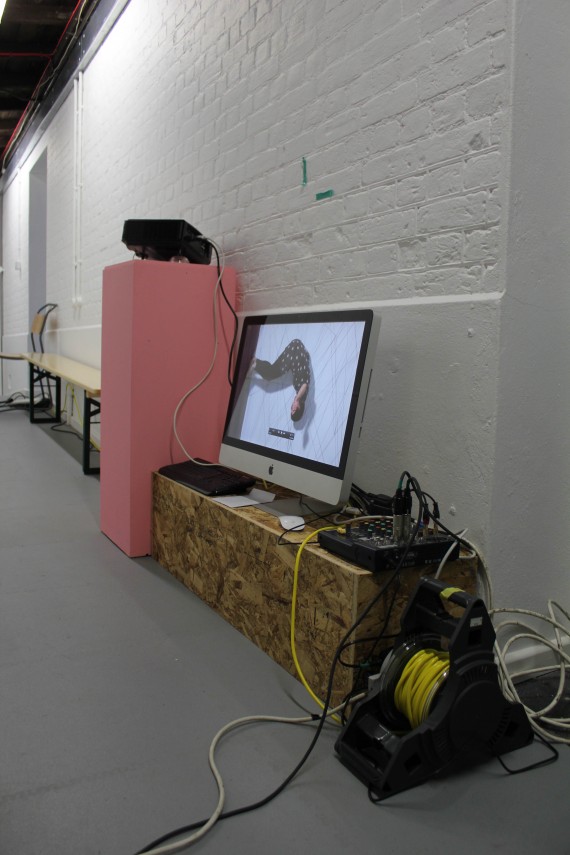