I’m surprised at how quickly I’ve got over that feeling at the end of the MA of falling off a cliff. It seemed to take much longer after the BA. Maybe it was having to go straight into the one day a week teaching which helped. Initially I slightly resented the time it ate up – 10 till 3 every Thursday plus I inevitably spent time preparing stuff each week too. They are quite a demanding group. But slowly as I got to know them all better and began to realise that my tuition was actually making a difference to their artistic results I started to look forward to Thursdays. I’m regaining that long-forgotten high of enjoyment and fulfilment when you see people making progress through your teaching efforts. I was thinking of giving it up next term as I felt I was procrastinating yet again rather than trying to move on with my own art practice but instead we’ve come to a compromise and I’ll teach every other week after Christmas giving me time to get away to paint in new spaces, as I’d like to do, to carry on with the lido project among other things. 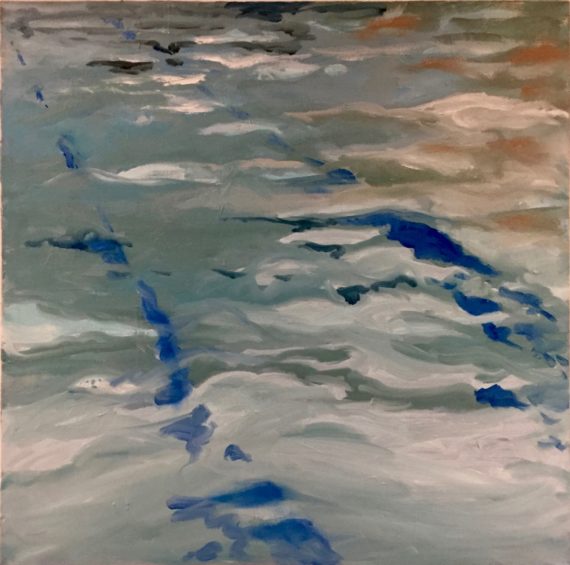 Here’s the first painting on this theme. I’m hoping the Australia trip might inspire more on this line. But in the meantime I’m busy selecting images for the Art Fair East in Norwich where I’m exhibiting with Jen Sendall. Having to prepare for this is a second reason why I’m not suffering withdrawal symptoms I think….too busy. 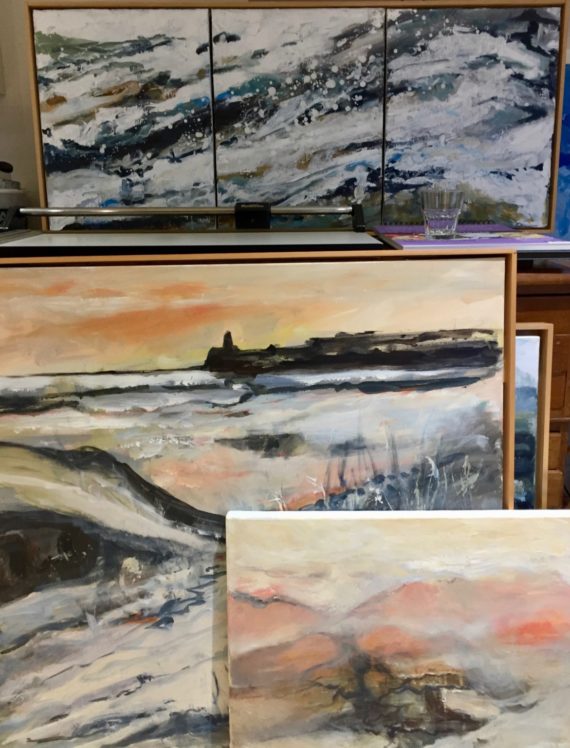 These are some of the paintings I’m taking to Norwich. Alec is helping to frame some of them for me. I’m hoping to finish a portrait of Kate in time for this but am working in oils agin so it’s a bit slow compared with acrylics.

I think, at last, I’m beginning to slow down and consider things more carefully….breaking the habits of a lifetime of rushing headlong into everything and often realising my mistakes too late…one step forward two steps back. Am I actually growing up I wonder??