Having ruled out Wales on account of it being ‘an arse to get to from Bath’ Andrew told me he had ‘always wanted to have a look at one of those chalk horses,’ adding, ‘it’s bang before Chrimbo but how does December 18th sound?’

Andrew then suggested that I partake in his latest project, a series in which he reads to a sitter a section from their favourite childhood book. I was happy to oblige – I’d seen his first few takes with family members and was thrilled to be asked. The resulting work – a head and shoulders shot of the sitter, with the sound removed, reacting to Andrew’s reading – is a sort of animated portraiture, intimate and warm, that I had been unable to take my eyes off when he showed them at our MA group critique a month or so earlier. I do not, however, have a favourite childhood book, or at least I can’t remember one, but I did read JD Salinger’s The Catcher in the Rye twice back to back when I was around 17, so I chose that along with the Uffington White Horse – the Neolithic, stylised one – and downloaded the ViewRanger app to plot a route. 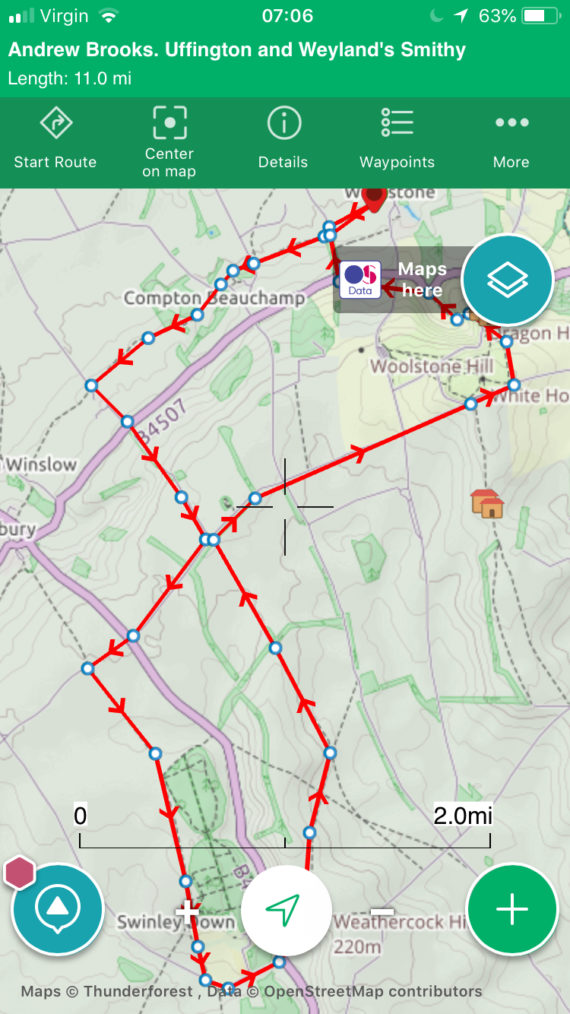 The route would also take in the Neolithic long-barrow, Wayland’s Smithy. On the morning of the walk, however; 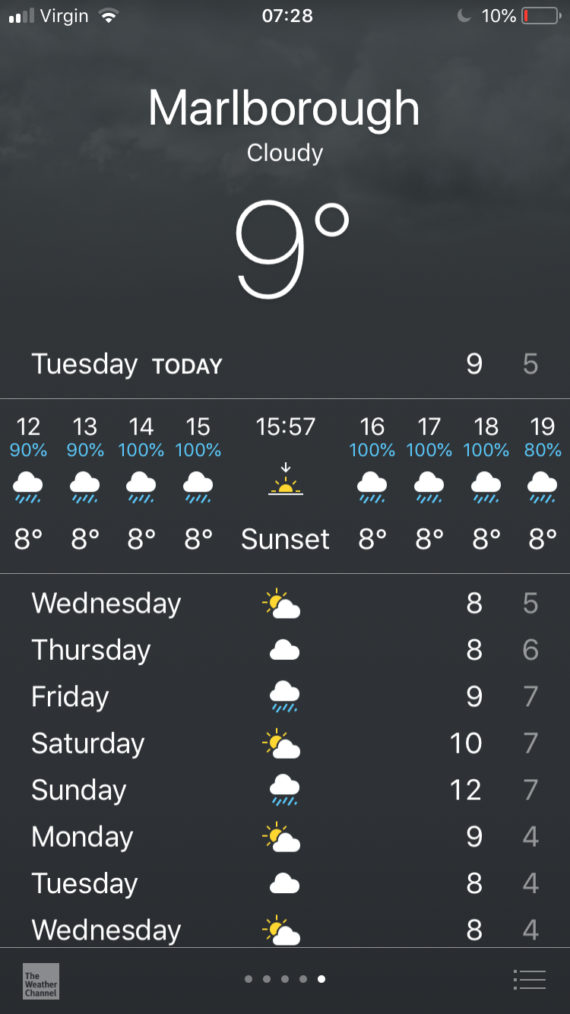 The weather looked appalling, and for a moment my inner voice, the one that allows me to bale at the emergence of even the slightest of doubts over my experience being anything short of perfect, looked like it might win the day. I texted Andrew with my concerns but he suggested coming over anyway, for the filmed reading, and taking another look at the weather mid-morning, in the hope that the forecast would improve. I remembered that our route would be a figure eight, and so could be chopped in half to make a smaller route if the weather proved as joyless as the iPhone app implied.

At some point in the previous week, Andrew had read The Catcher in the Rye in its entirety, and had chosen to read me the last thirty pages or so, in which the main character, Holden Caulfield, visits a mentor-like figure, Mr Antolini.

As Andrew was reading Holden’s description of Mr Antolini I remembered fondly the way Holden talks about people, and events in his life. I had never forgotten that everyone is ‘crazy’, or ‘damn near’, or how he refers to people – ‘Old Phoebe’, ‘Old Stradlater’. For a while I wrote my own diary in that style; ‘Damn near broke my leg when old Matt, the crazy bastard, skated a little too close today’.

Holden is an inveterate exaggerator; there are hints that Mr Antolini’s marriage is a sham, and that he is in some way attracted to Holden – not least when Holden wakes in the night to find Mr Antolini sitting by the sofa, stroking his head, at which point Holden makes his excuses and leaves. The killer passage, for me, was when Mr. Antolini got to the heart of his point about education, when he said,

“If you go along with it […] it’ll begin to give you an idea what size mind you have […] After a while, you’ll have an idea what kind of thoughts your particular size mind should be wearing. For one thing, it may save you an extraordinary amount of time trying on ideas that don’t suit you, aren’t becoming to you”

That hit home, as I‘ve come to realise that I could have used that advice, but instead my focus at the time of reading the novel was Holden’s distaste for the rest of humanity. I was too busy being jealous of the amount of girls this so-called misfit had in his life to take stock of the advice that Holden was receiving.

The experience of being read to was a pleasant one. Words like generous and warmth come to mind. I wouldn’t think just any old text would work, but that Andrew reads from the sitters’ favourite novel enriches the experience immeasurably. I will be interested to see the end result.

TO COME: Walks with other artists, Andrew Brooks part 2: The Walk.