Having been away last week in Suffolk on the North Sea coast where I braved the cold wind with husband and dog, I was keen to get some drawing done today and was determined to stay long enough to do two charcoal drawings. On setting up realised I had no charcoal so worked in conte crayon instead.

When I arrived, Duncan who warned me that there were several swarms of bees so it was with some trepidation initially that I walked round the garden recording the changes since my last visit. I actually managed to miss the swarms …

… so was grateful to Duncan who took me to see them after lunch. 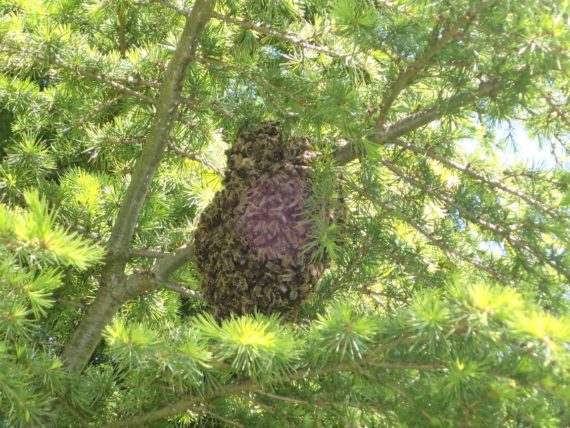 The weather was glorious and my face is quite red from the sun.

With hail forecast for the afternoon I managed to squeeze in an hour or so of filming late morning. It was a bit of a rush as I’d had a physio appointment in the morning for my neck! I’m glad I got there as the colours are gorgeous – as Duncan says, “The garden is really on the move now.”

Movement is going to be the ‘theme’ of the film and this time I captured footage with the go-pro attached to my ankle.

I finished just as the hailstones started to fall.

I didn’t make it to the Garden this week but went to the studio instead to carry on with my mono print experiments. Experiments partly because I have never actually systematically focused on printmaking and what learning I have done has been through one-off workshops.

I continue to think about the significance of gardens and ask myself what it is that seems to have ticked all my boxes about this project. Some of the answer lies in this paragraph from a review in the Guardian on the show at the Royal Academy: Painting the Modern Garden: Monet to Matisse, that I came across the other day:

Monet died in 1926. The 20th century had even worse horrors to come than the slaughter that made his willows weep and it’s in that shadow that his painted gardens matter. They are glowing islands of civilisation and hope in a modern world guilty of so much barbarity and violence. Monet is not just one of the world’s greatest artists, he is one of the most moral. 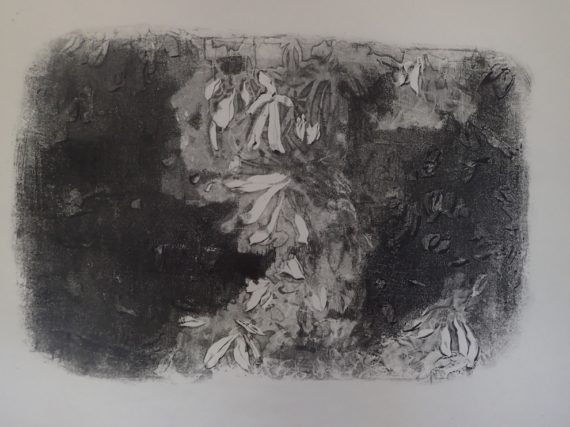 I decided to go to the garden later in the day and although my decision had nothing to do with the weather as going later was already part of the plan, it turned out to be very fortuitous as the sun came out just as I arrived, but was not too high in the sky to wash out all the colours.

I took a few photos and some more video footage and go pro footage of myself drawing; the film is starting to take shape in my head at least … so I need to start organising the clips.

I then settled down in the warm sunshine to do a one-hour charcoal drawing with the go-pro on my hand. That got rather painful after a while but perhaps it was a good thing as it distracted me from worrying about the drawing. I haven’t drawn from observation for ages and I really enjoyed myself; it was stilling and calming. Slow looking perhaps (quote from the title of a show at Tate Britain) but concentrated physical engagement, movement and a record of my own presence in the upside down and sideways shots of the go pro. 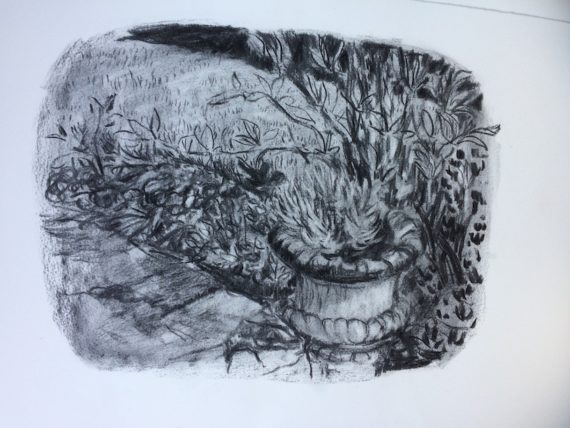 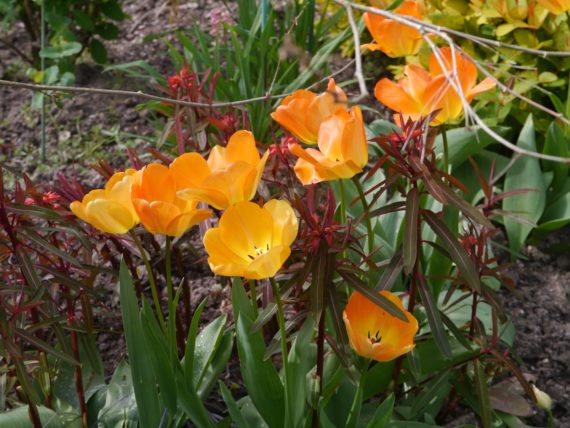 What  a difference two weeks makes; the sun was out this time and the tulips were glorious; the magnolias were still in bloom with the bold shapes of their fallen petals covering the grass. 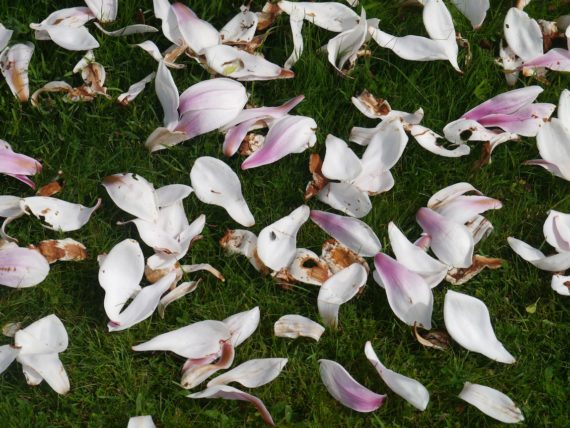 I walked around taking photos again and was greeted by the resident collie. 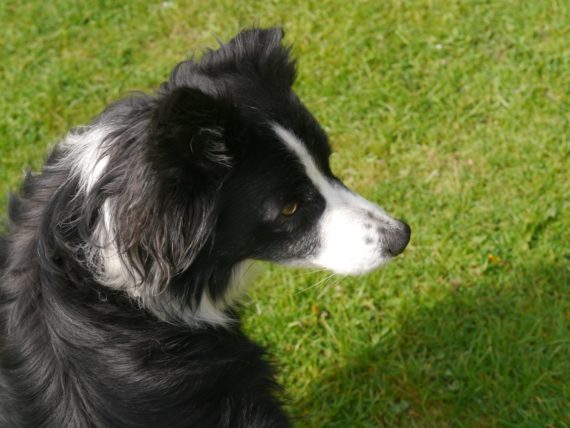 I found Duncan the gardener hard at work and learnt a bit about the garden and its different sections, also that many of the trees were planted for the millennium by different members of the family. There is a list somewhere of who, which tree and why. I like the idea that there is a story for each tree.