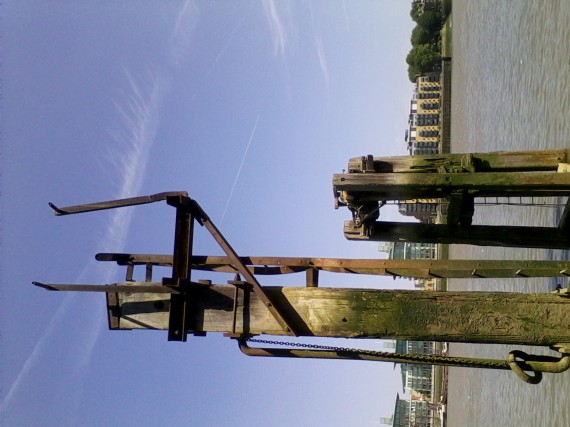 THE LINK BELOW IS DECIDEDLY #NSFW!!!!
#XXRATED (Not Safe For Work!!)

Probably the most f*cked up thing about this whole thing is that one of the paintings isn’t even one of mine, although my name has been put to it. It’s a work by an artist called Derek Jones and was used (with his permission) as the image for marketing for a group show we did back in 2011 at the Lloyd Gill Gallery, Bristol entitled: Art’s Sharp Edge.

You can deduce the background and context from reading further. But please note that the following is NOT SAFE FOR WORK and PARENTAL GUIDANCE IS ADVISED. If this post were a film it would be rated R or even X, though I have deleted some of the more graphically offensive images, however, even the images I left in the post may still be cause for offence, especially if, like me, you are a feminist and not a fan of Page 3!

It’s not particularly well written; it’s certainly not a legal document – and it repeats the same points a lot, but I was pretty shocked and wanted to get something off to the person in charge of the website’s copyright infringement section immediately, so I wasn’t as bothered about wording as I might be in another context.

I have discovered my oil paintings on http://skitcafe.com/eldi-dundee-wrestling-women-wives-jacob-oil/

I am the artist, creator and copyright owner of all the images on the above page link (bar the one painting by Derrek Jones, details to follow) that have been lifted from elsewhere on the internet and used without my permission, consent, authorisation or, until know, without my knowledge.

It would have been very easy for whoever stole my images on behalf of your website and cavalierly put them on it, to have googled me for my artist contact info, to ask consent/permission to use my images BEFORE putting my artwork on display on your website. It has been known to happen and I have been known to grant consent where I felt it fit to do so. But I would never have given consent or permission for my work to be shown in the context of skitcafe’s pornographic smorgasbord.

My copyright is being infringed every minute that my images, titles and personal name and other details are shown on the website in question. I haven’t even been offered compensation for their use!!!

They have been taken and used without my consent.

These works are specifically:

The last one isn’t even an image of my work. It is the work of a painter named Derek Jones whose painting was featured on the promotional material for a fine art exhibition which took place at the Lloyd Gill Gallery in Weston-Super-Mare.
http://www.thelloydgillgallery.com/Derek_Jones.html

I doubt very much if Mr Jones would be happy to have his work shown in this context:

Details of the works of mine that were in that particular exhibition can be found here. http://www.thelloydgillgallery.com/Eldi_Dundee.html

You may contact Lloyd Gill (cc’d above) for further details of his involvement in this show and of your website’s misappropriation of the promotional image made by Mr Jones.

I’m sure you will be hearing from both gentlemen in due course.

I reiterate my stance: I have given skitcafe.com absolutely NO authorisation or permission whatsoever (implied or otherwise) to use my artwork or images thereof, and to misrepresent me or my in this way. I am personally very upset and shocked, not to mention insulted and angry, that all this has been done without my knowledge or consent.

Apart from taking my images without consent, the titles accompanying the artworks have been grossly misrepresented as well.
A look at my page at the Lloyd Gill Gallery (link above) and at the screen shot provided will give you all the proof you need there.

1) I did not seek out your website for representation.

2) You did not approach me for permission to use my work.

NOTE: Due to the intense nature of some of the pornographic images that popped up in the sidebar accompanying images of my stolen work on skitcafe, I have deleted the most offensive screenshots from this a-n ‘conversation’. But I have left some of the less graphic of the lot so you can get an idea of how the site’s algorithms work in trying to show similar images to my paintings.

(FOLLOW UP – It appears that I am unable to show the screen shot images on this platform without adding them manually – I had copied and pasted directly from the email and it’s showing up in the unpublished version on my screen, but coming up blank on the published screen. That’s probably a good thing, though, as even with the editing and censoring, they were still offensive!!)

I trust you have enough evidence of the infringement of my copyright (and that of Mr Jones) to be going on. Mr Gill will no doubt be authorised to act on Mr Jones’ behalf, but as my name and titles of my work have been put to his image, I am authorised to give you the notice to take it down immediately. I want to make it very clear that I do not want my name or my images to be associated with your website.

FOLLOW-UP NOTES:
Lloyd Gill, of gallery in same name, has not replied to being copied into this email. I will have to make sure I have his correct contact details and re-send. Derek Jones has replied and thanked me for making him aware of the infringement of his copyright by the site in question.
DACS is unable to help as this matter of copyright infringement has not occurred (as far as I am aware) in print or on television. If it had, they would perhaps be able to lobby on my behalf.
AIR has responded to my query of advice with an apology they can’t offer any in this matter.
What is left, dear reader, short of solicitors/attorneys and/or Civil or Small Claims Court?